A Letter From Henry VIII Worksheet

Henry VIII changed history when he divorced Catherine of Aragon. Can the kids imagine they are Henry writing a letter to Cardinal Wolsey about why he wants to annul his first marriage? 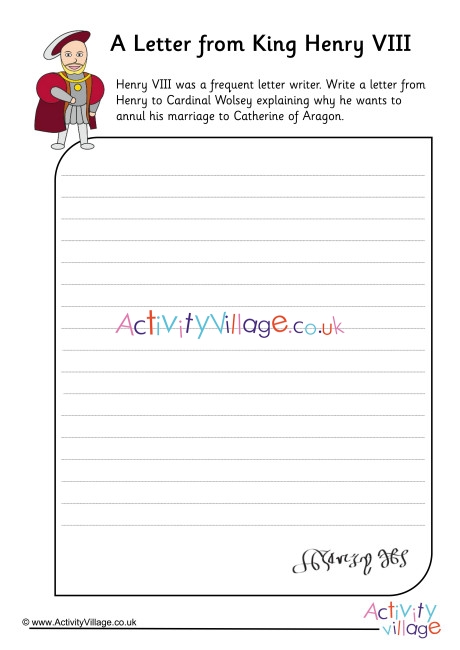 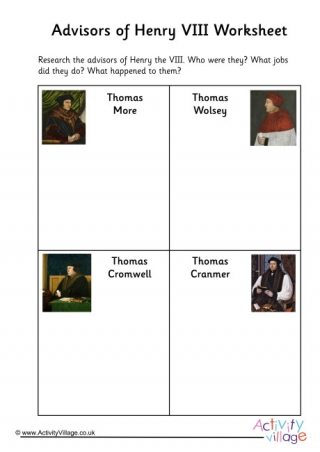 Can the children do some research on the advisors of Henry VIII and write about them and their fates on this worksheet? 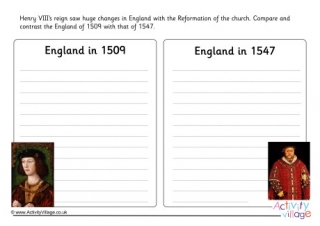 There were huge changes in England during the reign of Henry VIII. Can the children compare England in 1509 with life after the changes in 1547? We have two versions of this worksheet, blank and lined. 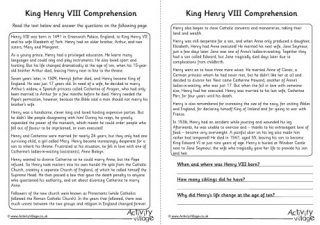 Ask the kids to read about perhaps the most famous King of England, Henry VIII, then answer the questions about the text at the end...