A Letter From Walter Raleigh Worksheet

Sir Walter Raleigh was one of Queen Elizabeth's favourite courtiers until he fell in love with someone who wasn't her! Our worksheet asks the kids to imagine they are Walter Raleigh begging for the queen's forgiveness... 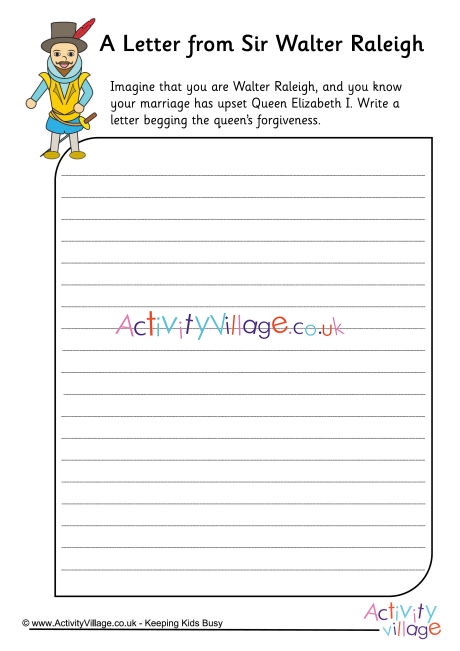 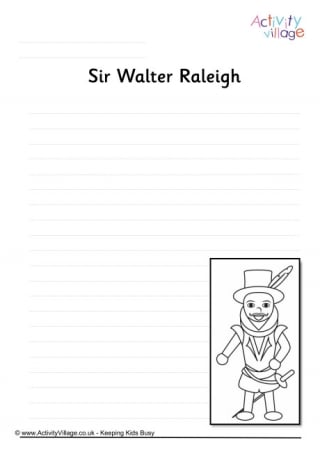 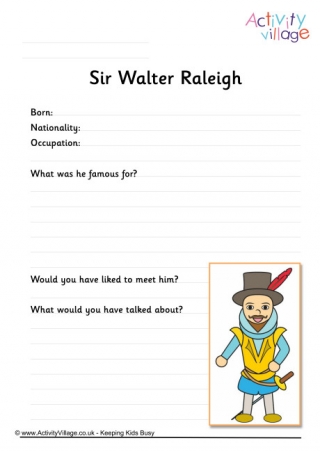