A Letter to Queen Victoria Worksheet

This worksheet asks the kids to imagine they are a Victorian Prime Minister writing to the Queen. Victoria got on well with some of her Prime Ministers, but not with others, so do some research before you start and find out about the relationship... 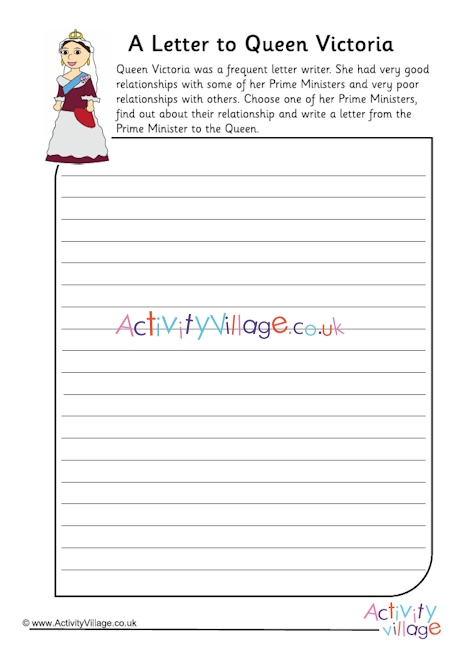