About the Ancient Olympic Games

What do you know about the Ancient Olymipcs? We've pulled together some information in "fun fact" format to get the kids started. When you are done, why not move on to the modern Olympic Games? 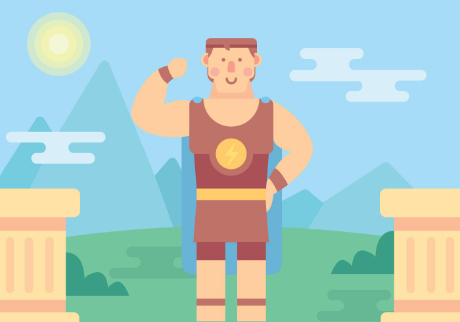 When were the first Olympic Games?

The first known Olympic Games was recorded in around 776 BC in Olympia, Greece. They were celebrated until 396 AD.

What events took place in the Ancient Olympic Games?

The Ancient Olympic Games consisted of only one race, the "stade" race, which was the length of the stadium and between 180 and 240 metres long (we don't know for sure). Over the years more running races and other events were added, including boxing, wrestling, chariot racing, long jump, javelin and discus throwing.

Who took part in the Ancient Olympic Games?

Only young men could take part. They had to be free men, and speak Greek. They usually competed nude! Can you imagine that these days?

The prize was a crown of olive leaves (a sign of hope and peace).

Were women allowed at the Ancient Olympic Games? 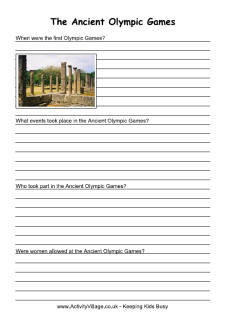 Now try to fill in this worksheet? What can you remember?
Ancient Olympic Games Worksheet 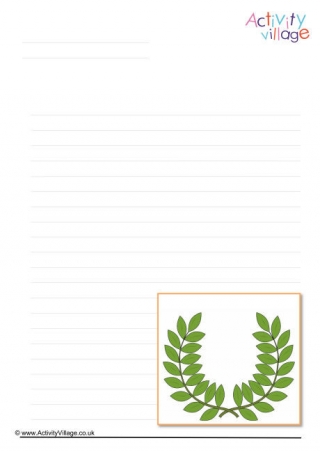 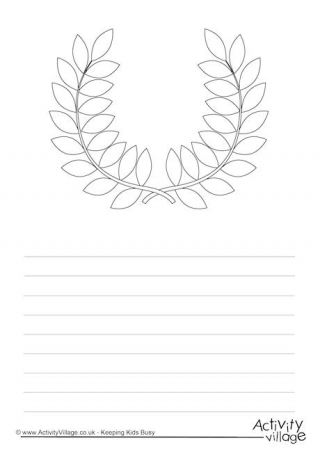 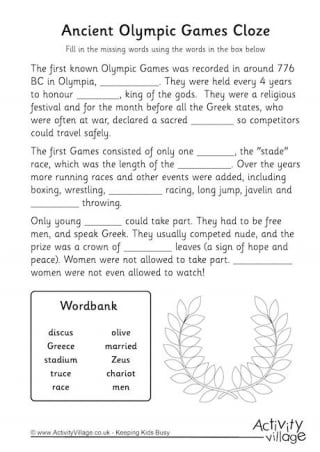