Discover some interesting facts about Albania, a mountainous Balkan country, which you can share with the children, and enjoy our collection of flag printables below... 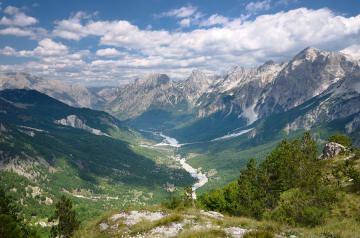 About the Albanian Flag

The striking flag of Albania features a black silhouette of a double-headed eagle on a red background. The eagle is of heraldic origin, and said to have been used by Skanderberg, Albania's 16th Century national hero, on his flag. 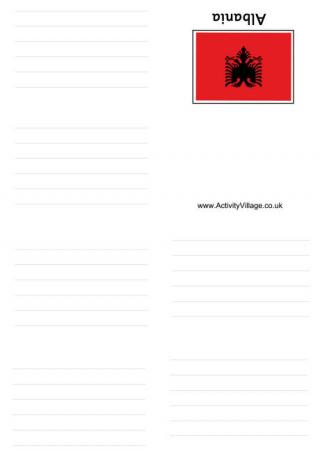 Children love making their own booklets and this clever printable booklet allows you to do just that! It has the Albanian flag on it and plenty of room for writing and drawing. There is a version without lines too if you want to focus on artistic endeavours. 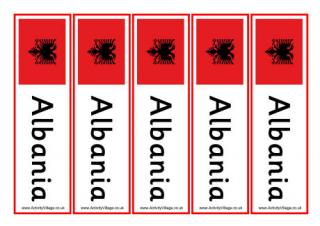 These bookmarks are great to hand out to children, or use when you are studying the countries of the world. You can print them in colour or black and white, and with or without the world Albania. 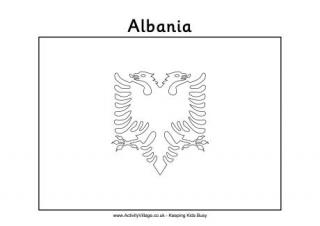 Have a go at colouring this flag of Albania. It is a very bright red colour with a black double headed eagle in the centre. 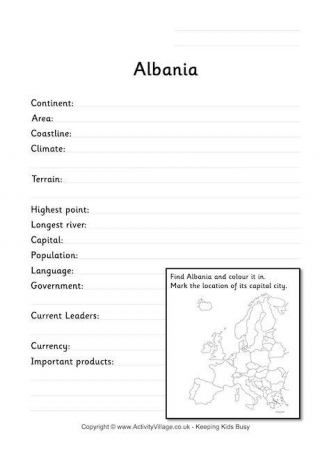 Find out the answers to fill in this fact-finding worksheet about Albania. We've also provided a map of Europe and asked kids to locate Albania on the map. Tricky! 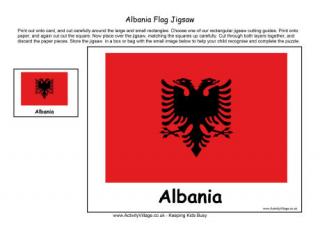 Why not make your own jigsaw of the flag of Albania? It has a detailed eagle design in the middle which will be fun to put back together again. Its easy to make: just use our instructions and cutting guides. 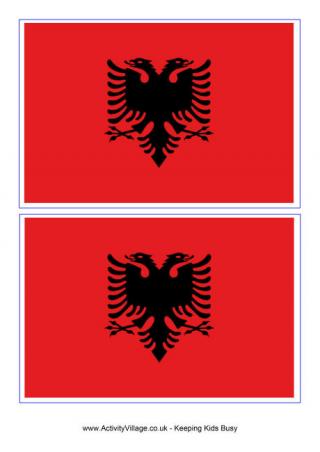 You can make your own flag of Albania with this printable. Use the images seperately, or glue them together for a double sided flag. There are three sizes available. 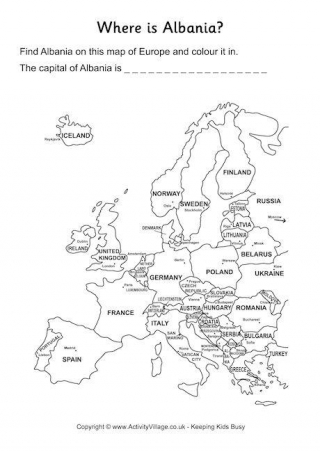 Where in the world is Albania? Here is a location worksheet which helps children discover, and remember, its location within the continent of Europe. Choose the level appropriate for your child. 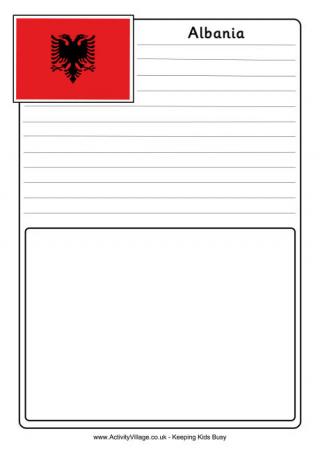 This notebooking page can be used if you are studying Albania and need somewhere to record your findings. It features the Albanian flag and there are two versions. One has just lines for writing and a blank space for any drawings you need to do. The other version is just lined. 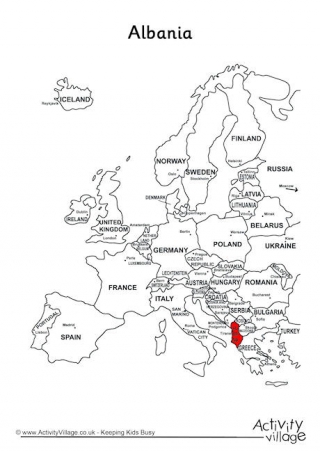 Where is Albania? It's easy to locate it on our outline map of Europe! 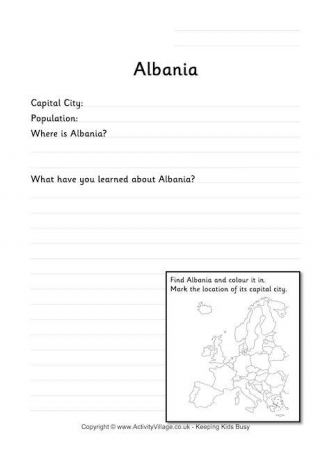 Where is Albania? What is its capital city and population? These are some simple questions that we ask the kids to find out the answers to on this geography worksheet. There's plenty of space for writing down other facts that they have learnt