Find out some interesting information about Africa's largest country, Algeria, and print out our useful flag printables... 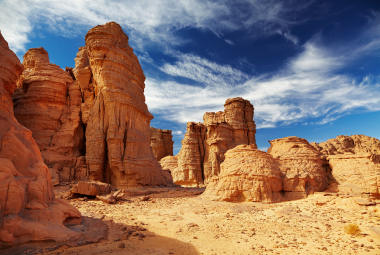 The Algerian flag is made of two equal stripes, one green and one white. In the middle is a star and crescent, the sign of Islam. The green colour represents nature, the white represents peace and the red represents the blood of those killed fighting during the Algerian war. The flag was adopted when the war ended, in July 1962. 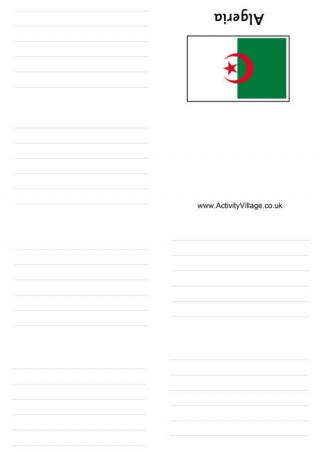 Print and fold this little booklet featuring the Algerian flag, then use it to store notes on the country. You could build up a whole library about the countries of Africa! Folding instructions are here. 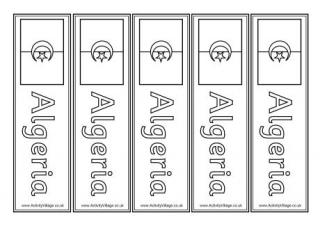 Here are four sets of bookmarks featuring the Algeria flags. Two have the name of the country, two are blank; two are for colouring in and two are ready-coloured. 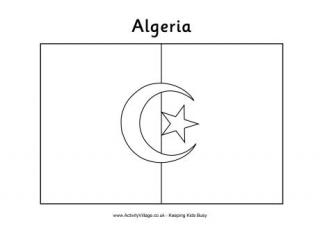 Colour in the Algerian flag with this printable colouring page. 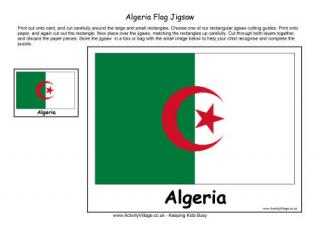 Here's a clever way to remember the flag of Algeria - try it as a jigsaw! You will find instructions and cutting guides here. 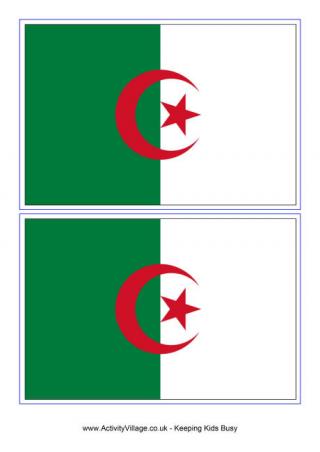 Three sizes of useful Algeria flag printable, for your projects! 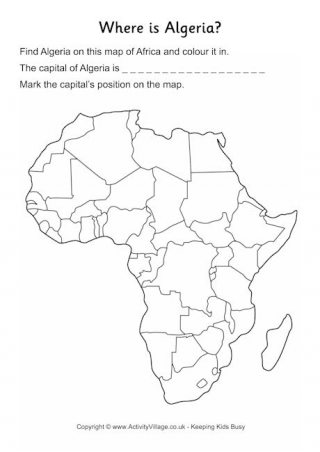 Give the children this location worksheet to test their geographical knowledge a little. Can they find Algeria on this map and colour it in, and do they know the name of the capital city? 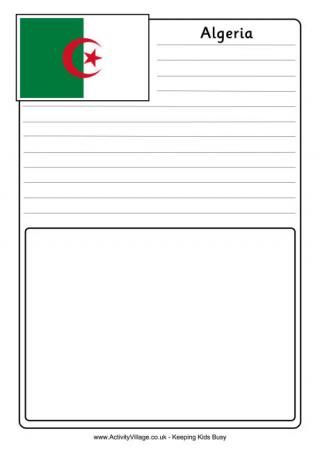 Two useful notebooking pages to choose from featuring the flag of Algeria... 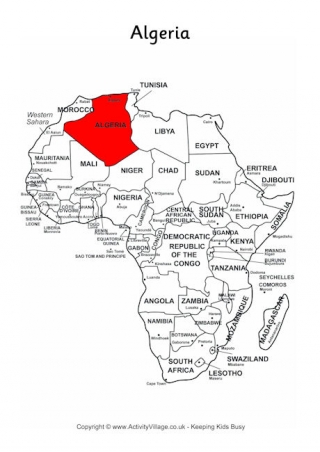 This printable shows where Algeria is located on a map of Africa. Print and use as part of topic work or classroom displays, or use with our Algeria worksheets. 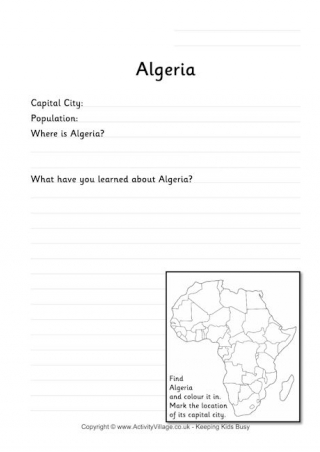 Here's a simple worksheet to help the kids learn about Algeria, with some fact-finding questions and a map to test their geography skills...