Here's an American footballer in full gear to print and colour - he looks like he might be on his way to scoring a touchdown! 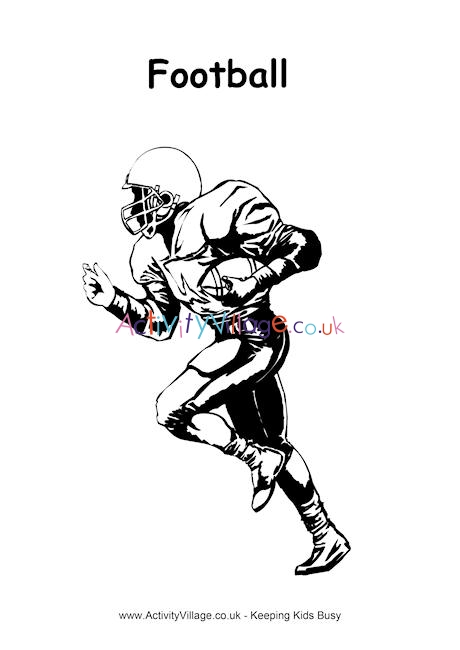 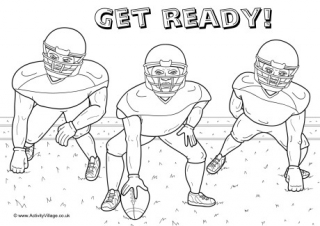 It's going to be fierce game! I wouldn't want to be facing a lineup like this, but I suppose if you were well-padded and had your helmet on it might be less intimidating. Personally, I prefer to colour pictures of American football rather than play it! 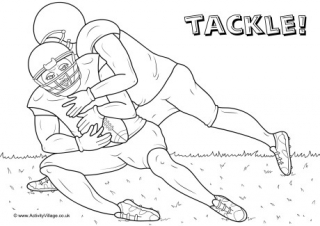 Getting the ball away from the other team is what it is all about in American Football in this colouring page is sure to appeal to fans! We've left the uniforms fairly bland so that kids can colour them in their own teams colours. 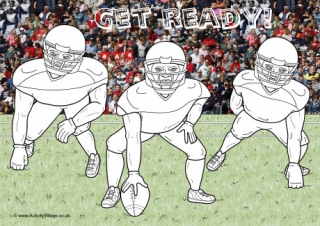 Just for fun, we filled in the background of this American football colouring page so that the kids can concentrate colouring the important bits – the players!