Learn about Angola in southern Africa - a land of lush rainforests, rugged highlands and a spectacular coastline. But against this backdrop, Angola is also living with the legacy of 27 years of civil war. Our printable activities below are the perfect way to test your knowledge. 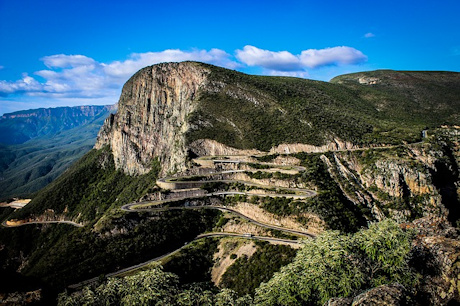 Winding road in the mountains of Angola

The Angolan flag was adopted in 1975 when the country became independent. The red stripe was chosen to represent the blood spilt by the Angolan people as they struggled for independence, while the black stripe is for Africa. The central design consists of a cog wheel (industry and workers in industry) and a machete (workers on the land). The country had a Marxist government when the flag was adopted and the design was intended to resemble the "hammer and sickle" of the former Soviet Union and Communism. 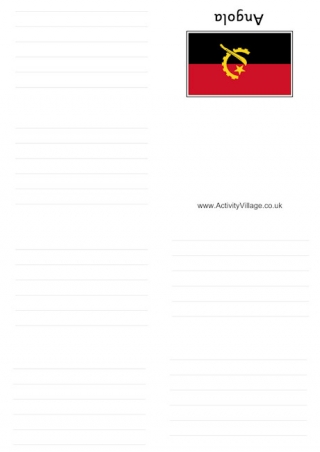 Print and fold our little Angola booklet -it's a perfect place for storing notes and research. Why not build up a miniature library on all the countries you study? Folding instructions are here. 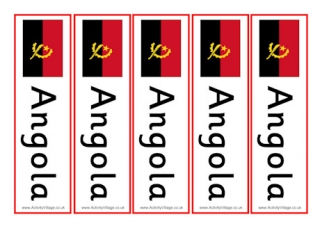 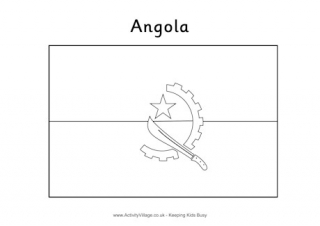 A fun way to remember the flag of Angola - colour it in! 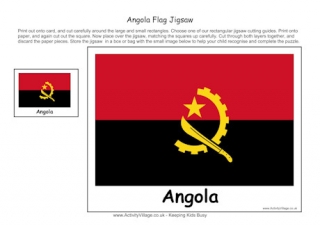 Print out our little jigsaw, cut using our jigsaw cutting guides and tailored to the age of your child, then put it back together again! 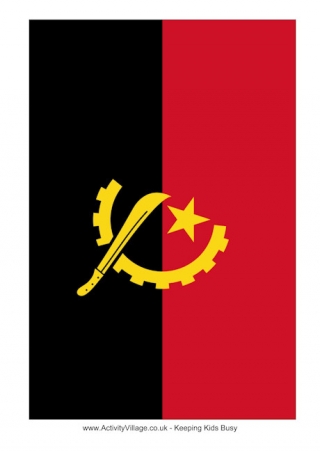 Print out the flag of Angola in four different sizes, from full size (pictured below) to tiny! This is a 4-page pdf file. 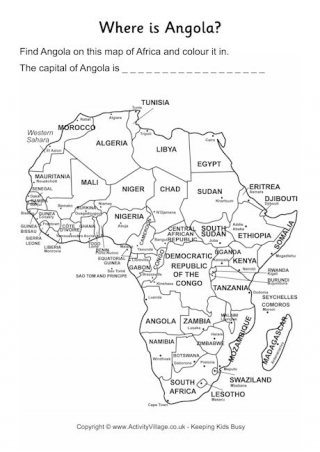 Can the kids use their geographical knowledge of Africa to find Angola on this location worksheet? The guided version with all the surrounding African countries is easier, but we have a blank version for a really tricky challenge. Do the children know the capital city of Angola too? 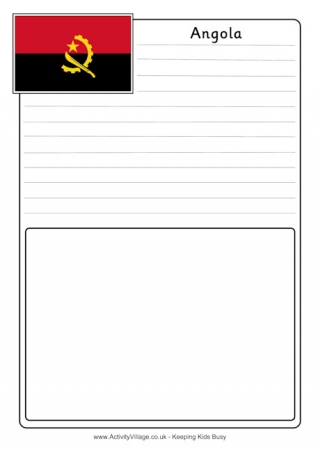 Here's a useful notebooking page to use for your Angola studies. Version 1 has space for a map or illustration, version 2 is lined throughout. 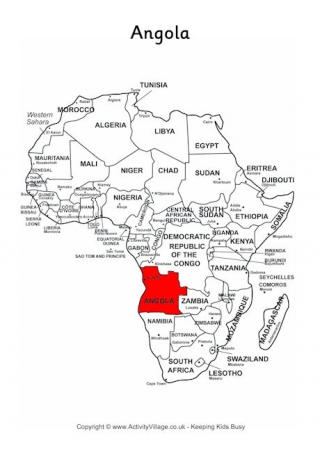 Children can clearly see Angola's location and importance on this simplified outline map of Africa. 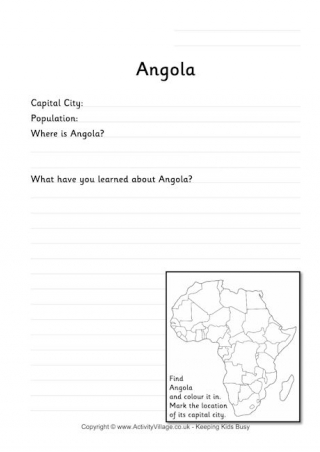 Here's a simple worksheet to give the kids to complete when you are learning about Angola. There's a map on this worksheet too so they can try to locate the country and its capital city.