Find out a few interesting facts about Argentina and record them - and more - with the help of our worksheets. We've also got a set of our flag printables and flag colouring page for the Argentinian flag. 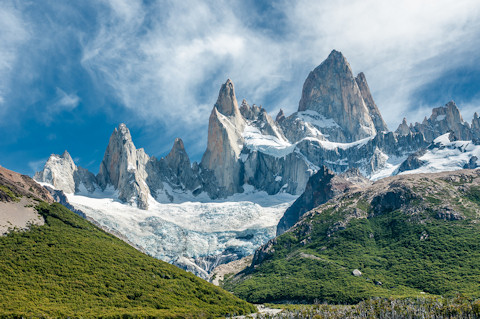 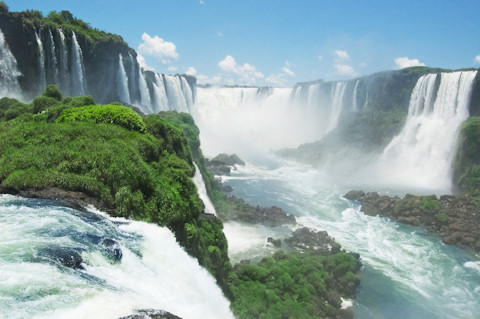 The stunning Iguazu Falls, on the border of Argentina and Brazil 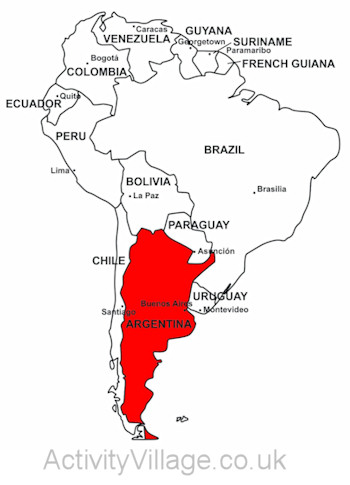 Argentina on a map of South America. You can print this map here

About the Argentinian Flag

The National flag of Argentina is made up of three equal horizontal stripes coloured light blue, white and light blue. The three-stripe design is known as a ‘triband’, with the colours representing the sky and the clouds. In the middle of the central white stripe is a yellow sun, which is a replica of an engraving from the first official Argentinean coin. The flag was created by Manuel Belgrano and was first raised above the city of Rosario in February 1812. 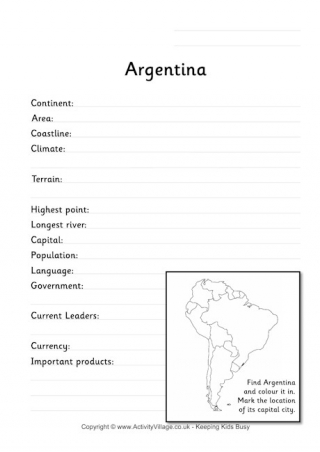 Find out all sorts of pertinent facts and figures about Argentina to fill out this interesting worksheet. 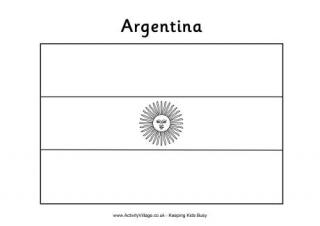 Colour in the flag of Argentina. It's blue and white stripes and central yellow sun are quite distinctive! 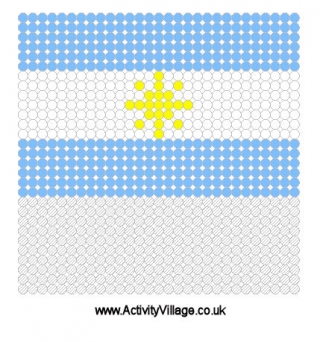 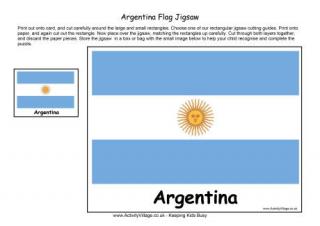 Learn the Argentinian flag with the help of this little jigsaw. You will need our jigsaw instructions and cutting guides. 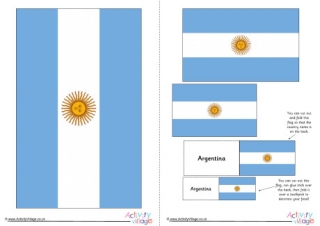 Print the flag of Argentina in five different sizes. 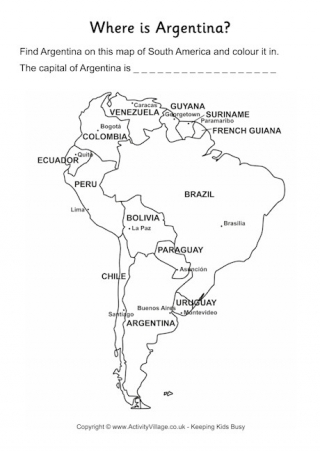 Use these two location worksheets to teach children where Argentina sits within South America. The guided version has country names and capital marked. 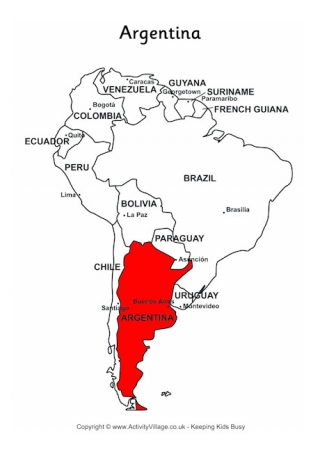 This outline map of South America has Argentina highlighted in red, so that children can see its relative size and position. The capital city is also marked. 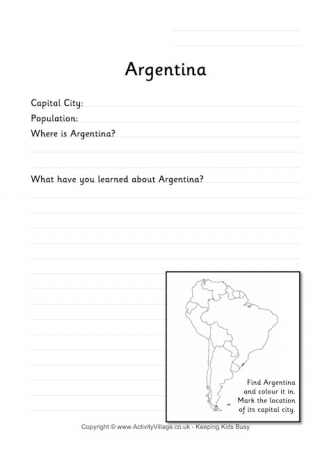 Use our fact-finding worksheet to spark your research on Argentina.