Learn a few interesting facts about Armenia, one of the former Soviet Republics, and print our collection of Armenian flag printables for your projects... 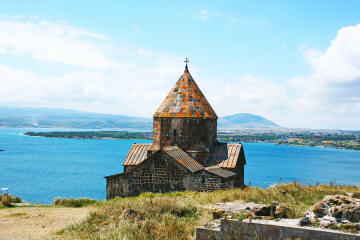 About the Armenian Flag

The Armenian flag is a tricolour of red, blue and orange (apricot). The red stripe symbolises the Armenian highland, and Armenia's independence and freedom. Blue symbolises the will of the Armenian people to live beneath peaceful skies, and the orange stands for the creative talent and hard-working nature of Armenians. The national flag of Armenia was approved on the 24th of August, 1990. 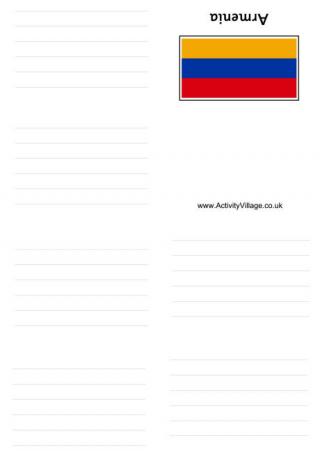 You can make your own booklet about Armenia! It's easy with this pre-printed page which you just fold into shape (instructions here). There are two versions to print, a blank and lined one. 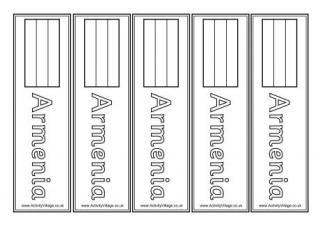 These bookmarks are great to hand out as prizes or to encourage reading. These ones feature Armenia and there are various versions to print. 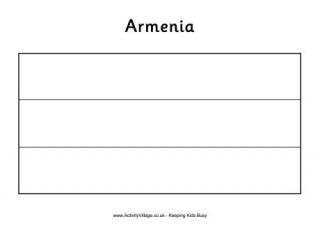 Colour in this flag and then you can add it to your collection of flags, or make some bunting of flags from around the world. The Armenian flag is red, blue and yellow, from top to bottom. 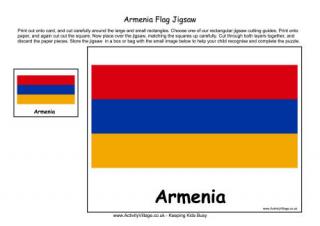 It's great to become familiar with the flags of the world. Get to know Armenia's by making your own flag jigsaw! Instructions here. 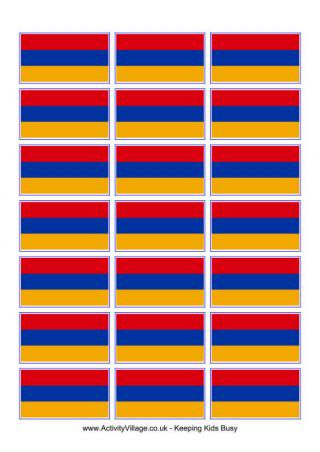 Use this printable to creat some mini Armenian flags, for learning projects or decorations. 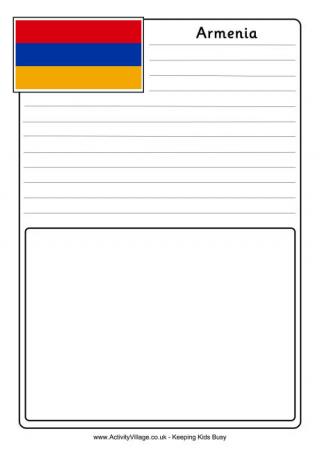 There is plenty of space on this notebooking page to jot down all the facts you find out about Armenia. There is a page with just lines if you prefer it.