Augustus Gloop was described in the book as a 'great, big, greedy nincompoop'! Our Augustus Gloop character study worksheet asks children to pick adjectives to describe the character, and then think about whether they would like to meet Augustus Gloop! 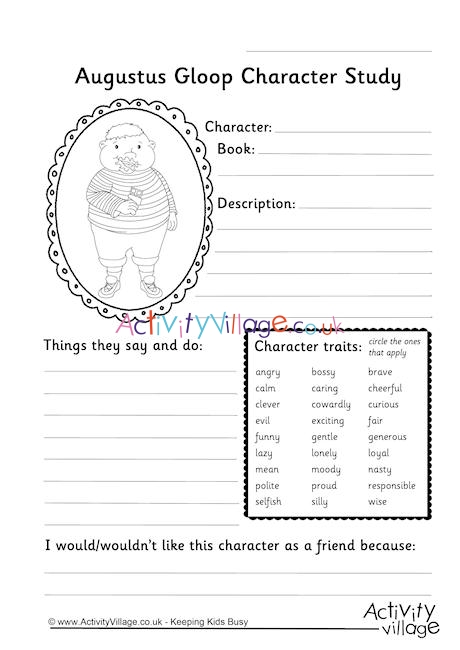