Badgers are short-legged members in the weasel family, with a black and white striped body. Although classed as a carnivore, with its large canine teeth, it eats all sorts of things including earthworms, beetles, mice, frogs, snails, wasps, acorns, bulbs, fruits and roots. Badgers usually live in woods and copses, in burrows underground (called setts), in groups (or clans) of up to 15. They are nocturnal. 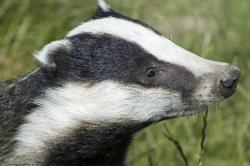 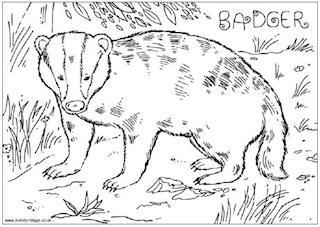 Badger Colouring Pages
We have a lovely, realistic badger colouring page to print as part of our British Wildlife topic. 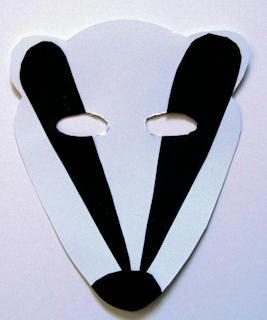 Badger Crafts
We've got some fun and original badger crafts for kids, all easy to make with simple craft... 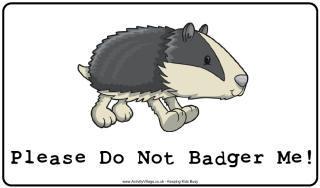 Badger Printables
Enjoy our collection of free badger printables for kids! We've got everything from door signs... 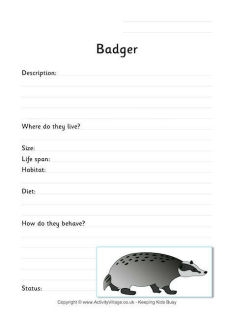 Badger Worksheets
Do some badger fact finding research and help kids practice their handwriting with these fun...

Trufflehunter the Badger features in CS Lewis's Prince Caspian. There is also a Badger in Roald Dahl's Fantastic Mr Fox. But perhaps the most famous Badger in children's literature is Toad's friend in The Wind In The Willows, by Kenneth Grahame. He first appears in the book when Rat and Mole are lost in the snow, and knock on his door for help:

THEY waited patiently for what seemed a very long time, stamping in the snow to keep their feet warm. At last they heard the sound of slow shuffling footsteps approaching the door from the inside. It seemed, as the Mole remarked to the Rat, like some one walking in carpet slippers that were too large for him and down at heel; which was intelligent of Mole, because that was exactly what it was.

There was the noise of a bolt shot back, and the door opened a few inches, enough to show a long snout and a pair of sleepy blinking eyes.

'Now, the VERY next time this happens,' said a gruff and suspicious voice, 'I shall be exceedingly angry. Who is it THIS time, disturbing people on such a night? Speak up!'

'What, Ratty, my dear little man!' exclaimed the Badger, in quite a different voice. 'Come along in, both of you, at once. Why, you must be perished. Well I never! Lost in the snow! And in the Wild Wood, too, and at this time of night! But come in with you.'

The two animals tumbled over each other in their eagerness to get inside, and heard the door shut behind them with great joy and relief.

The Badger, who wore a long dressing-gown, and whose slippers were indeed very down at heel, carried a flat candlestick in his paw and had probably been on his way to bed when their summons sounded. He looked kindly down on them and patted both their heads. 'This is not the sort of night for small animals to be out,' he said paternally. 'I'm afraid you've been up to some of your pranks again, Ratty. But come along; come into the kitchen. There's a first-rate fire there, and supper and everything.' 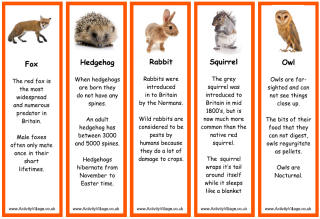