Basketball was invented in Massachusetts, in the USA, in the late 19th century. A PE instructor at the YMCA was looking for an indoor game which would keep his young men fit and busy during the long winters, and he came up with the idea for basketball, pinning a peach basket up against the wall of the gymnasium. After a while they got fed up with taking the ball out of the basket, and just cut the bottom out!

Now basketball is played all over the world but particularly in America, in schools and colleges, and professionally, and at the Summer Olympics. Two teams of 5 compete in this fast, action-packed game. 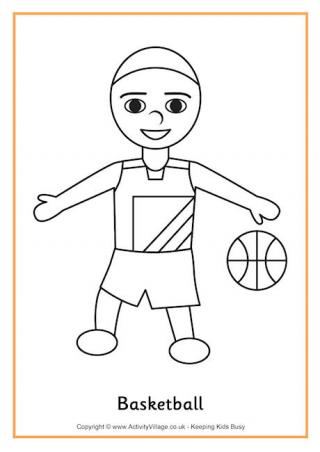 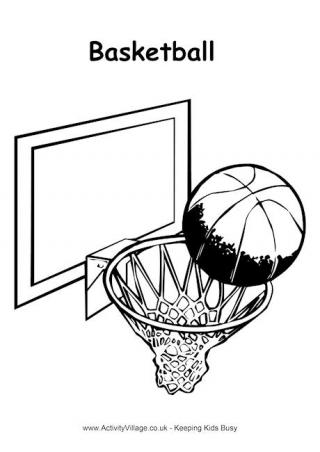 Print this basketball colouring page - showing back board, net and basketball. One, two, or three points scored? 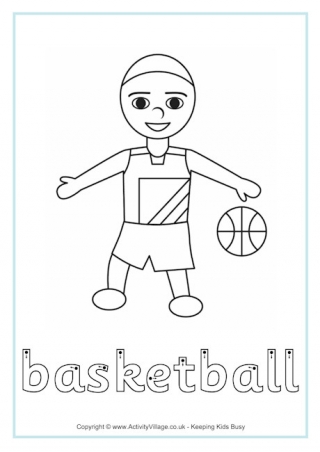 Do your youngsters like basketball? Here's a fun way to encourage some writing practice, then! 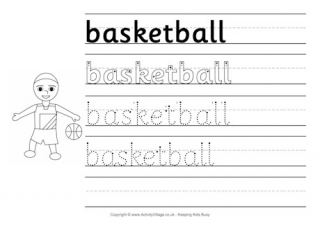 Basketball is such a popular sport, there must be a few fans about who will enjoy learning how to write the letters and spell the word with our fun basketball handwriting worksheet! 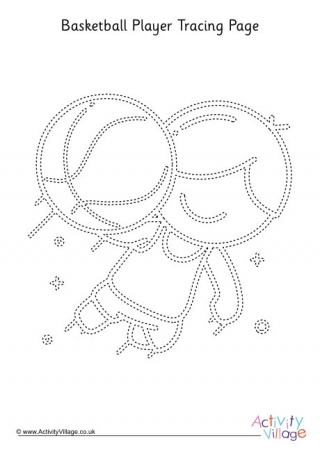 There are double lines in this basketball player tracing page to give the kids lots of practice! Either trace over all of them, or use them as a "channel" and trace between. 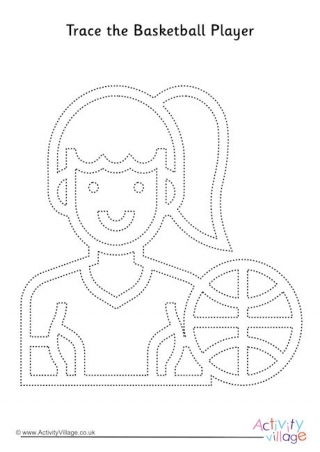 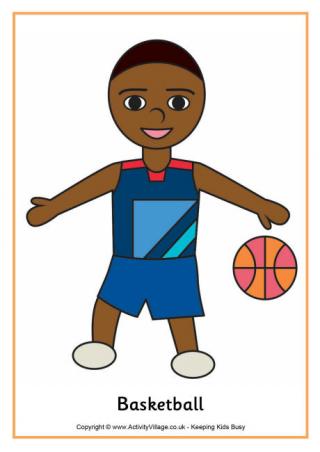 Here's a fun basketball poster to print, for younger kids. Use it for display, or perhaps for cutting and sticking. 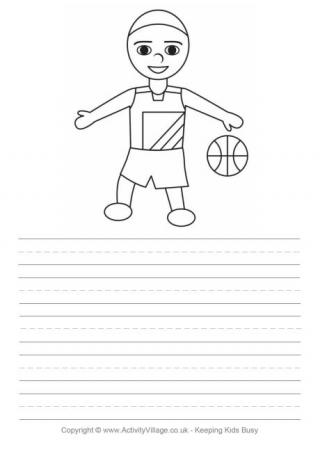 Your child can write about his favourite basketball player, make up a story with himself as the star, or perhaps write a match report with this fun story paper. 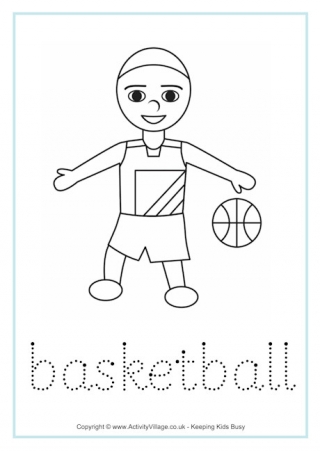 I'm sure there are many young basketball fans out there who will enjoy tracing the word on this fun worksheet, and colouring in the picture of a basketball player. 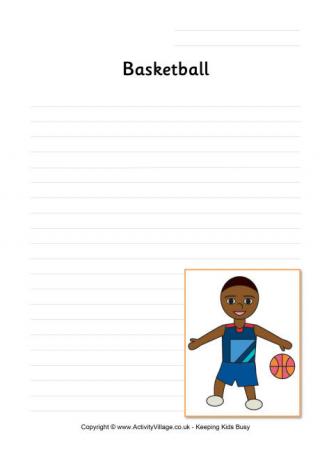 The players in basketball are usually very tall. Can you write a tall story about them on this special writing page? It is also useful for school match reports, the Summer Olympics, or perhaps for your child to write about his or her basketball hero... 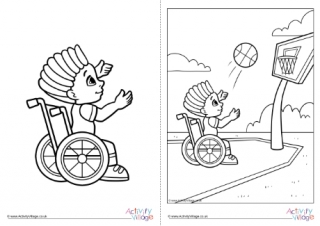 Did you know that wheelchair basketball was invented by World War II Veterans? It certainly looks like a fun sport to play! Choose from the simple or "scene" version of this colouring page (both included in the pdf). 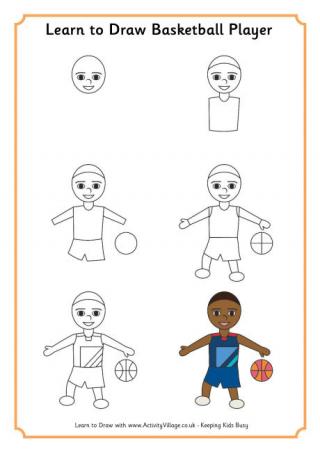 With basketball such a popular sport in America and around the world, we couldn't not have one of our "learn to draw tutorials" for a basketball player. Once children have learned the simple techniques, they can of course make their basketball player as tall as they like! 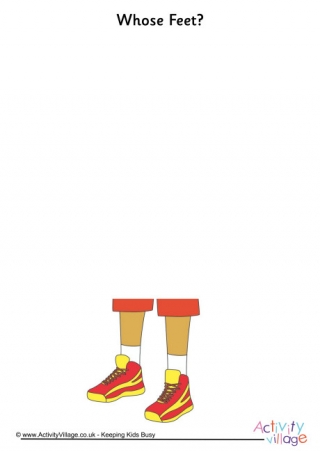 Basketball players wear long shorts and, often, colourful shoes like these! Can the kids draw in the rest of the picture?

Playing basketball is a great way to keep fit and improve coordination skills! Can the children write down some of the other things they love about basketball on our writing prompt printable? 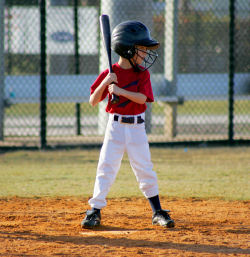