We have costumes, puppets, mobiles and more.  Our bat crafts are fun for Halloween or a British Wildlife project.

The wings on this costume mean that younger kids particularly enjoy wearing it! It is just a question of two measurements, some cutting and a handful of safety pins or a few quick stitches.. 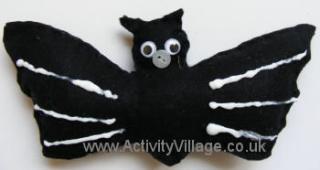 This felt toy bat might look cute, but he is still a perfect craft for kids to make at Halloween! 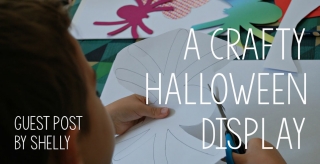 I had this brilliant idea that the kids and I were going to make a spider mobile My idea was to use a paper plate with wool hanging down attached to spiders who were climbing down. 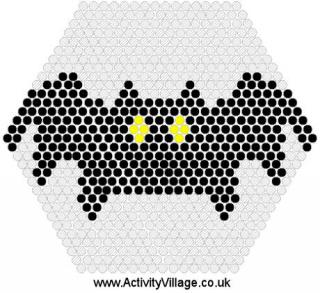 We used a large hexagonal peg board for our Halloween bat, and black and yellow beads. You could substitute orange or white beads for the eyes, or even use "glow in the dark" beads for a really spooky effect! 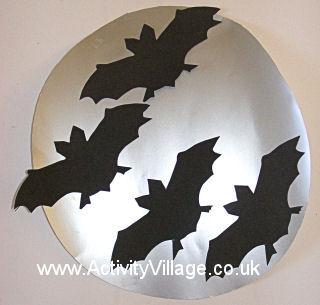 This Halloween moon is so simple to do - but very effective. Obviously you will have to cut out the bat shapes for younger children, but they can still enjoy sticking them to their "moon". For an even quicker version, substitute a white paper plate for the silver card. 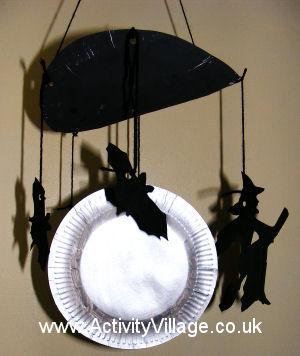 Older kids will enjoy cutting out some spooky witches and bats to hang from this Halloween moon mobile. For a family or group project, perhaps younger children can paint the moon? 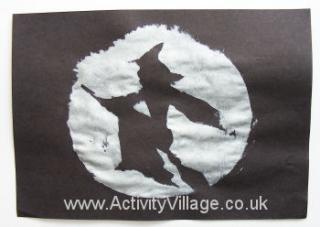 This Halloween silhouette painting makes use of our Halloween templates to create a reverse stencil - it's a really clever way for kids of all ages to make a really effective Halloween picture, and the slightly blurred edges you get around the moon makes it all the more realistic! 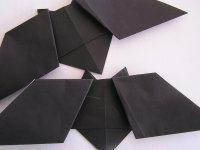 This origami bat is a straightforward model - but it does cheat by using a pair of scissors, which is not strictly allowed! The traditional origami bat model is quite tricky to fold so we have simplified it to produce this one which is great for children to fold but still very effective. 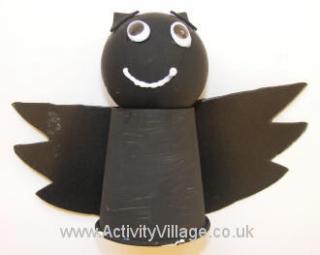 Make this cheerful paper cup bat for Halloween or at any time of year!

Have fun making this 3D bat using junk supplies. You can even use the bat's body to hide some tasty Halloween treats!

Just one of our Halloween wooden spoon puppet series, this bat makes a fun (and easy) craft for children in the run-up to Halloween, and the added bonus of a potential puppet show at the end!