Take a quick tour of Brussels with us, learn some of its history, find out about its famous food and drink, and print out a set of flag printables to enjoy in the classroom and home. 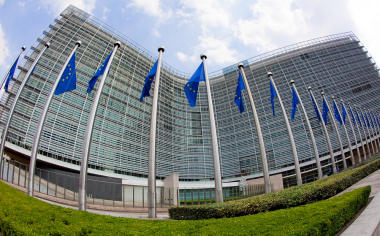 Belgium is a small country in north-west Europe, bordering France and the Netherlands.

With a population of 10,800,000 million, Belgium is a nation divided into three regions: Dutch speaking Flanders, with 55% of the population, in the north; 35% in the the mainly French speaking Wallonia in the south, and the cosmopolitan capital Brussels.

Brussels, the capital city, contains around a million residents, including many overseas-born immigrants and international workers associated with the headquarters of Nato, and the EU.

Amongst the many attractions in the capital is the magnificent stone City Hall dating to the 15th century which overlooks a vast public square. There are grand museums including the Comic Strip Museum which is full of Tintin memorabilia.

About the Belgian Flag

The National flag of Belgium was adopted in 1831. It consists of three vertical sections, coloured black, yellow and red. These colours were taken from the Duchy of Brabant and the design was meant to copy the flag of France. 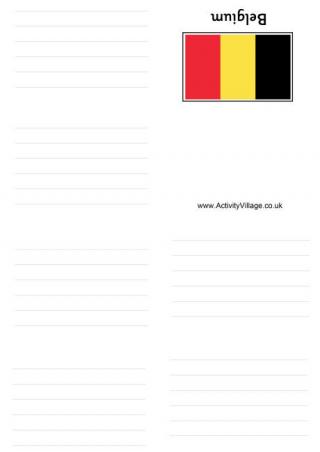 Make a booklet all about Belgium! It's not difficult, just print, fold and fill it with lots of information or pictures. You can print a version with lines, or a plain version, if you'd like to do lots of drawing. 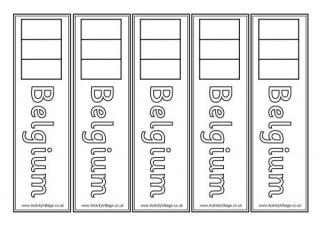 These little bookmarks are always popular. Hand them out as prizes, or use them as a quick colouring in activity. There are colour versions to print too. 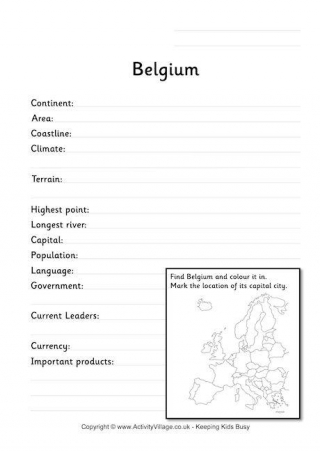 This geography worksheet encourages children to find out a number of facts about Belgium, and includes some location practice. 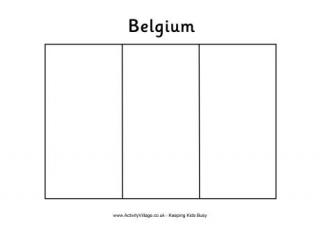 Colour the flag of Belgium in black, yellow and white. Could you colour a picture of every flag of the world? 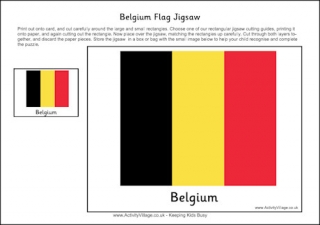 Print out this jigsaw of the Belgium flag, then cut out using our jigsaw cutting guides. It's a great way to learn the flag and can be stored simply in a ziploc bag or envelope. 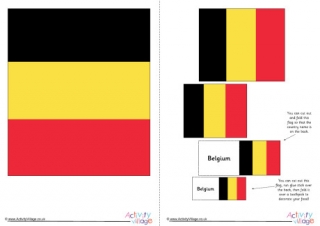 Would you like to make your own flag of Belgium? Just print out this page and stick the two sides together over a stick or straw. 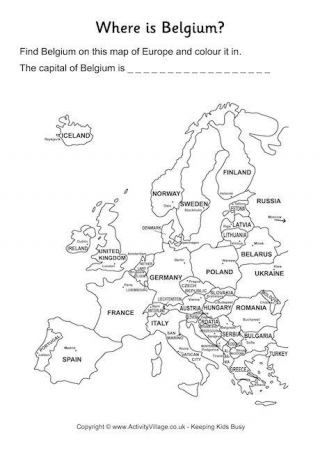 Have a go at finding Belgium on our certified map of Europe. Colour in the country's location and write down its capital city. Choose from two levels below. 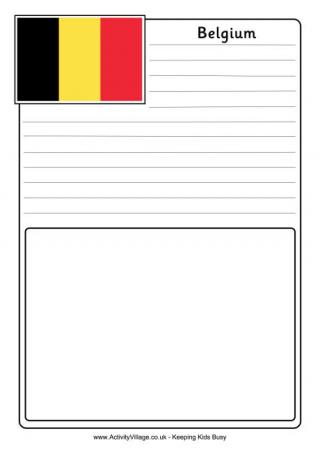 Notebooking is a great way to record information on a topic. This page has been made specially for Belgium and features its flag. You could make a folder of all the notebooking pages you complete! 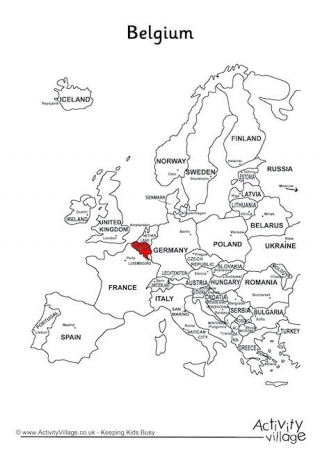 Here is Belgium, marked on our simplified map of Europe! Use it for location work, or perhaps before visiting Belgium. 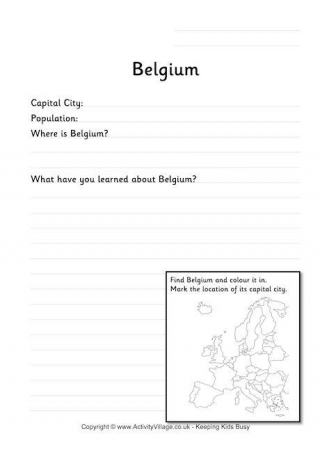 What do the kids know about Belgium? This worksheet is a good place to record it!