Learn a little about Bermuda and enjoy our flag printables and flag colouring page - perfect for school projects or finding out about the country before a visit! 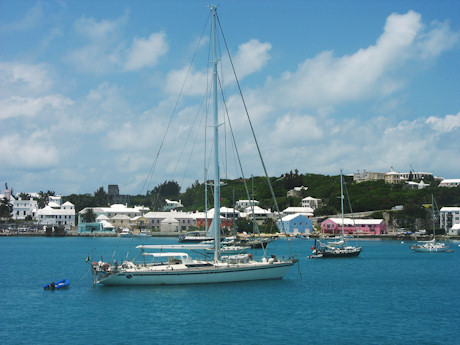 Some interesting facts about Bermuda...

About the Bermuda Flag

The Bermuda flag has a Union flag in the top left corner and the Bermudan coat of arms to the right. The coat of arms shows a red lion (as a symbol of England) holding a shield with a picture of a wrecked ship upon it. There is an interesting history behind the wrecked ship. It was the deliberately driven on to the reefs of Bermuda by Admiral Sir George Somers, in 1609, to prevent it from sinking in a storm. The crew survived and settled on Bermuda, which has also been known as the "Somers Isles". The Latin motto under the coat of arms, Quo Fata Ferunt, means “Wherever the Fates Carry Us”. 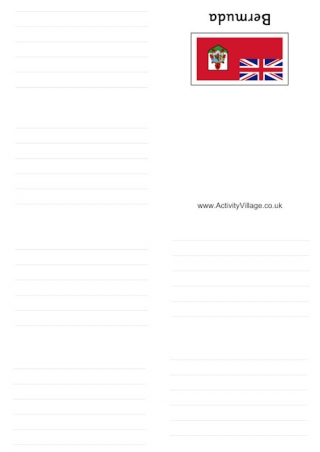 Print and fold our little booklet featuring the Bermuda flag, then fill it up with facts and thoughts! Folding instructions here. 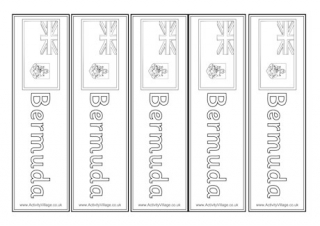 Choose from four sets of bookmarks for Bermuda, two for colouring in. 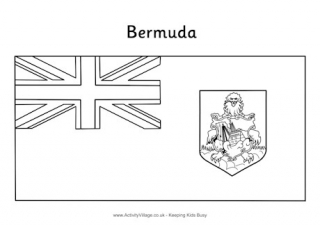 Here's the flag of Bermuda for kids to colour in. There's a lot of detail in that coat of arms! 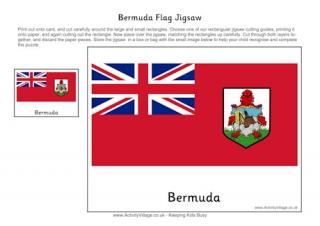 Here's a fun way to remember what the flag of Bermuda looks like! Print out our jigsaw and choose a cutting guide appropriate to your child's age. 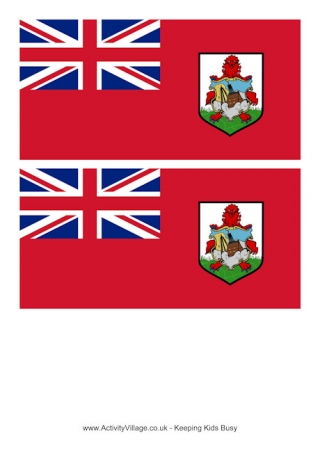 We have four different sizes of the Bermuda flag to print out, ranging from large to tiny! Useful for all sorts of projects and displays, we hope. 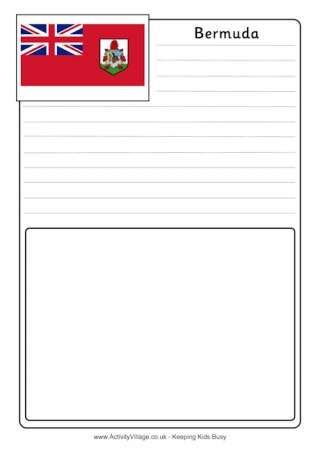 Choose one of two notebooking pages to record what you've learned about Bermuda, or perhaps write about your visit...