This is a noisy team Christmas party game for people who don't mind a bit of a mess! 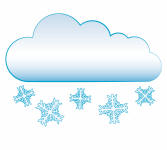 Numbers: The more the merrier!

Stand the teams at one end of the room and place the large containers at the other end of the room opposite them. Place a large box of packing popcorn on the floor in the middle of the room (the brave will throw the popcorn down without containing it in a box).

The race ends either when all the popcorn is used up, or when a certain time has passed, or when you think the kids have had enough!

Measure the amount of "snow" in the large containers and declare a winner. 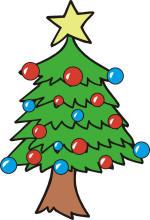 This is a Christmas game for all ages - and it doesn't require any rushing around so even the grandparents will enjoy it! It takes a little concentration so it is good to get children quietened down, too.

This is a Christmas variation of What's In The Sock? and makes a good quiet game for a Christmas party or get-together.