The Enid Blyton Estate is urging children to get outside and be more adventurous this summer after a study found that children’s summer holiday habits reveal less adventure and imagination, time outdoors and fresh air compared to their parents’ generation.

The findings, commissioned to mark the release of new covers for the Famous Five books, found that playing on devices and watching movies are proving far more popular for children than playing outside (83% vs. 63%), and that children are spending almost 2 hours more each week on electronic devices than playing outside in the fresh air.

When asked what their child did most over the summer holidays, parents revealed that they spent most of their time:

The survey also revealed that: 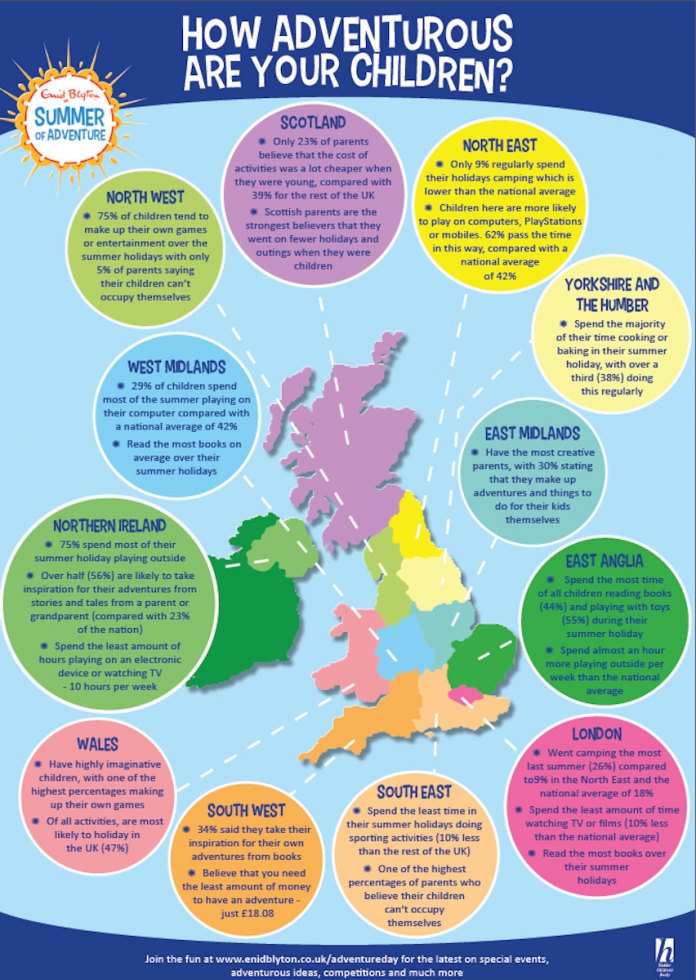 Have a look at how your kids compare with others around the country!
How Adventurous Are Your Children? 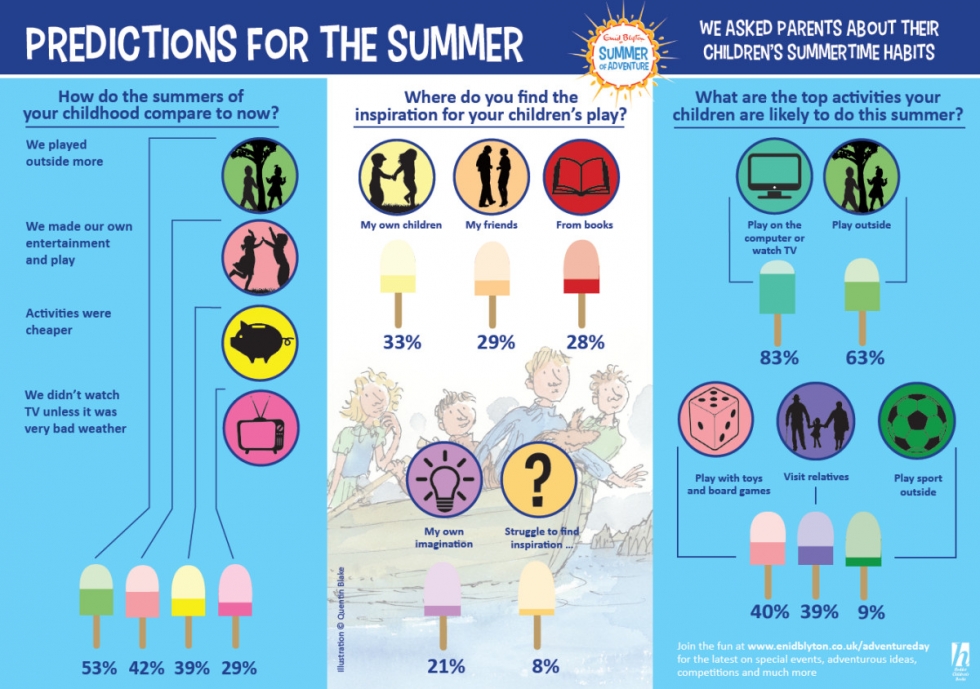 What will your children be doing this summer, and how does it compare to what your own summers were like?
Predictions for the summer

Inspired by the imaginative play found in the Famous Five and the Adventure Series, the Enid Blyton Estate has partnered with The National Trust and is launching the Enid Blyton Summer of Adventure, which includes a programme of events and activity.

Family friendly partners to be revealed closer to the time will provide ideas such as creating imaginative walks in the park to cooking up tasty treats in the kitchen. These can be found at www.enidblyton.co.uk/adventureday, a new website offering tips, advice and downloads to help families be more adventurous this summer.

Details are also shortly to be announced for an action-packed day at the National Trust’s property Corfe Castle for Famous Five fans.

Visit www.enidblyton.co.uk/adventureday for more information on what to expect this Adventure Day (11th August).