There is something about subtraction that seems to make it a bit scarier that addition.  So I thought I would share some ideas on how we worked on subtraction in our house.

Subtraction means something is taken away, a number is made smaller. So when you are starting subtraction sums there is nothing better than giving the kids objects to work with. Place 4 counters in front of the kids and ask them what happens if they take 2 away. Lots of kids understand maths better if they can physically handle objects and move objects around.  We used counters a lot with basic subtraction sums. 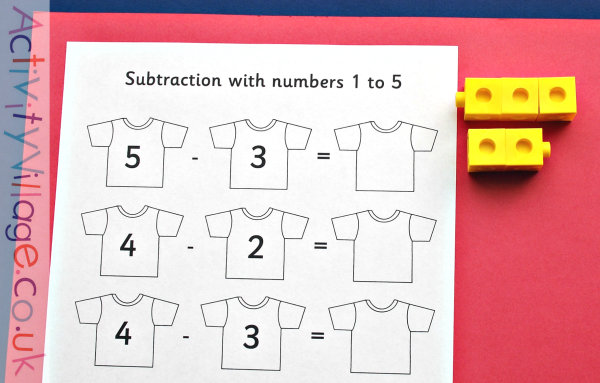 Yes this really helps. If your kids are battling with the idea of subtraction, spend some time making sure that they comfortable with countdowns / counting backwards. And not just counting back in ones: try and make a game of it and see who can count backwards in two’s, fives or tens. And mix it up and give them strange random starting points – so you don’t always count backwards in twos from an even number, see if they can do it from an odd number too. It takes practice. We often do this in the car driving to activities. But the more they practice this and the quicker they get the easier subtracting 2’s, 5’s and 10’s will become. And if they start finding simpler subtraction sums easier they will be confident when trying harder subtraction sums.

Plus counting back enforces one of the common subtraction methods – using a number line (and don’t just think of number lines to 10 we have some up to 50 and even 100). 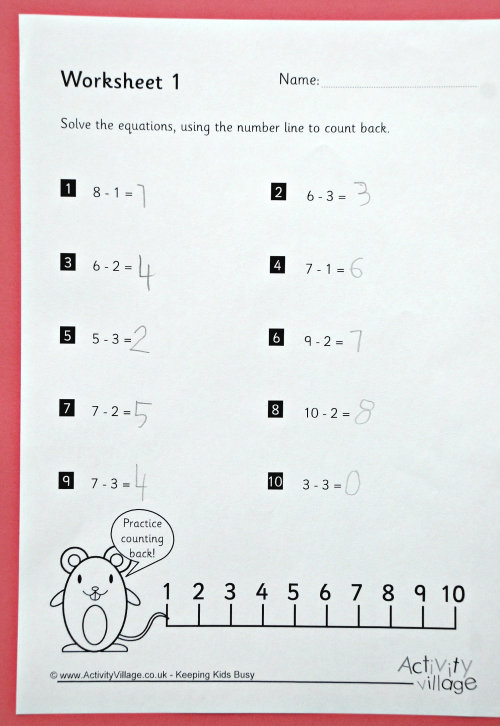 Number line are great.  At different stages we have had different number lines stuck up around the house. 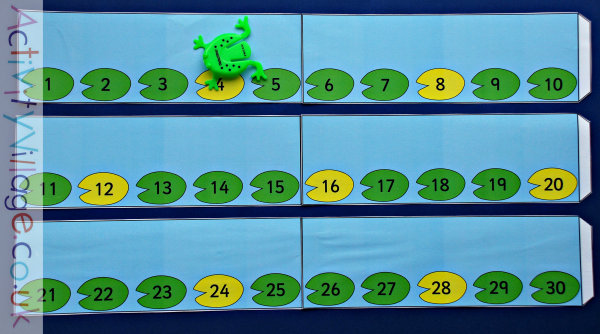 Lily pad number line in action with a toy frog

And with a number line the kids can use other objects – so when they need to jump back 4 (i.e. subtract 4 spaces), why not give them a small toy or object to use.

3. Understanding that subtraction is the inverse of addition

With younger kids I suggest starting with number bond addition pages like this - breaking the total down into its parts and then making sure they get that the parts added together to make a total. 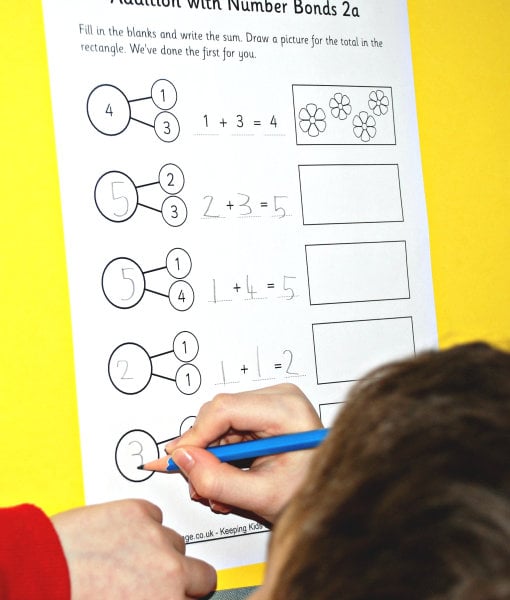 Working on a subtractionn with number bonds worksheet 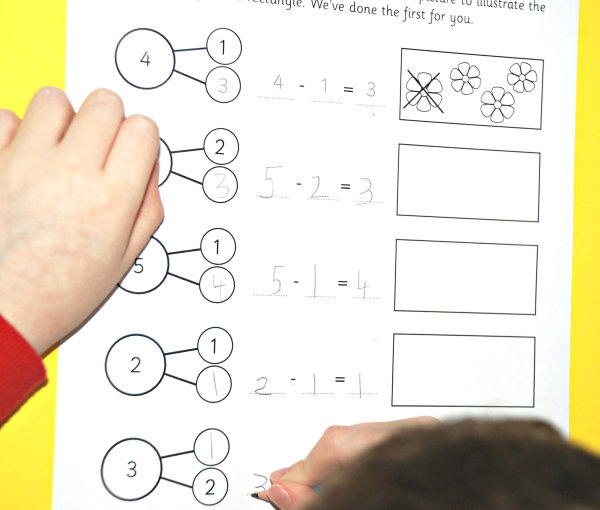 Subtraction as the inverse of addition

If we take one part away from the total we will always be left with the other part. If they initially struggle with this don’t give up. Practise with them. Get some counters out and show them how you break the total number into two parts. Then show them what happens if you remove the one part number. Let them play around with counters and practise converting the addition sum into a subtraction sum. Spending time on this now will help later on. 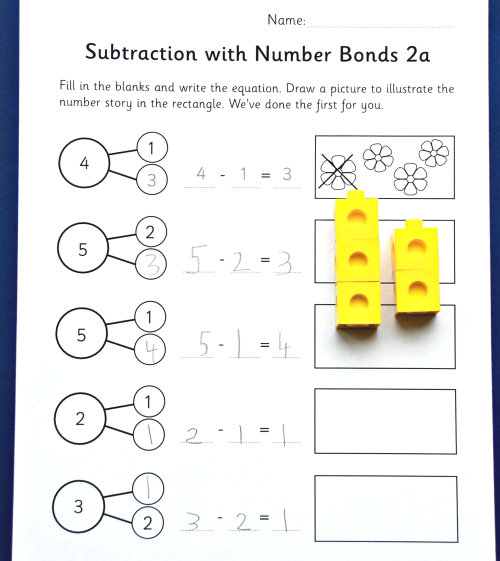 Subtraction with number bonds and counters 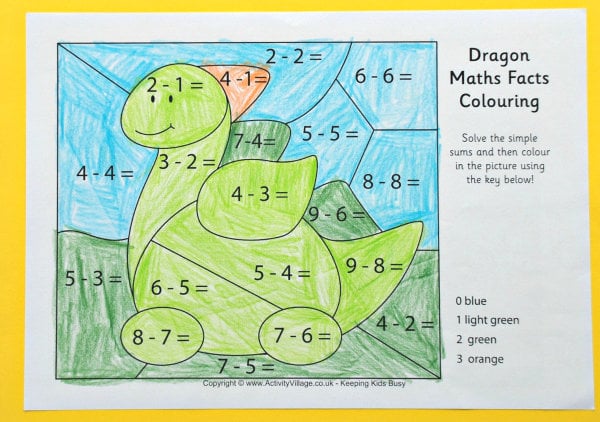 You can find all Activity Village's worksheets and lots more tips and tricks for mastering early subtraction skills here: 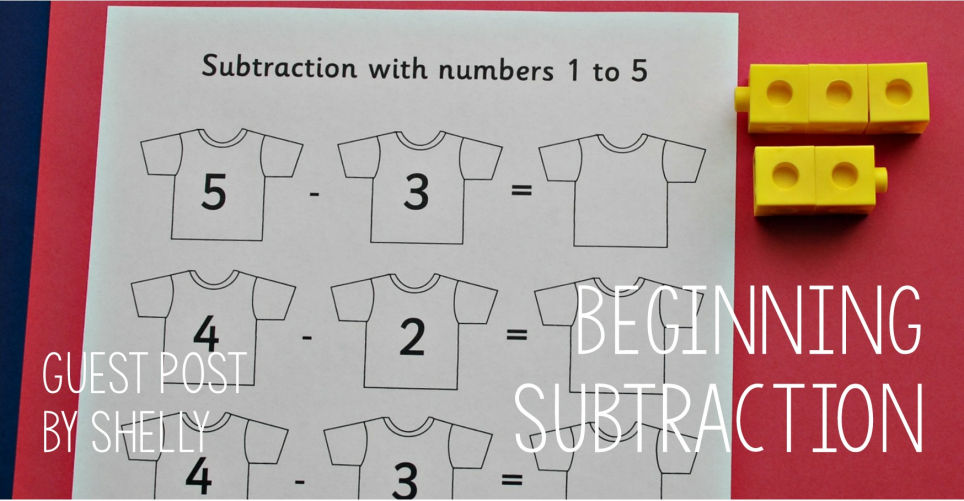