In this guest post, Shelly writes about some brilliant ideas for helping to teach the kids how to calculate perimeters using printable resources from Activity Village.

Ideas for Learning How to Calculate Perimeters

This past week the kids have been calculating perimeters for all kinds of shapes and they really enjoyed it. We started by revisiting the definition of a perimeter – the distance around a 2D shape – and took some time to examine why it could only be 2D shape.

Then we measured all kinds of shapes. I printed out some of the "useful shape" pages in black and white (squares, rectangles, triangles, pentagons etc) and the kids would randomly pick a page and start measuring the sides.  You could avoid this step and actually write a measurement along the sides of the shapes if you wanted to but we have been doing quite a bit around cm and mm lately so I was keen for the kids to measure the sides themselves and I  liked that they came back with lengths that included decimal points. 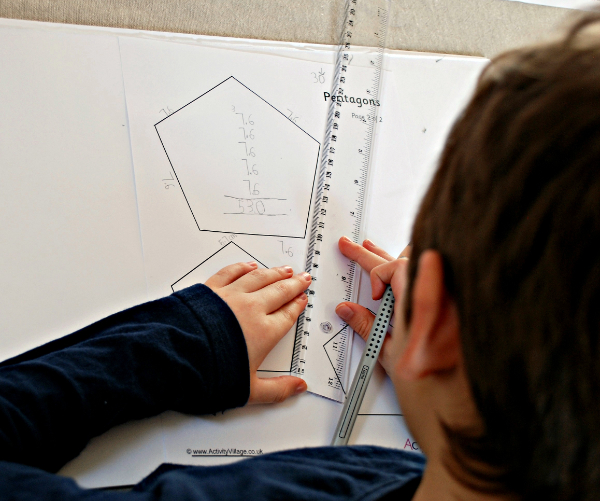 Measuring the length of sides of a pentagon

My daughter has used decimals in addition sums before but this was a new step for my son. So we quickly spoke about the importance of lining up the decimal points when you write the numbers in a column addition sum and that carrying a number in a decimal sum works exactly the same way as carrying a number in a sum with whole numbers. He quickly got the concept and was happy calculating the perimeters. 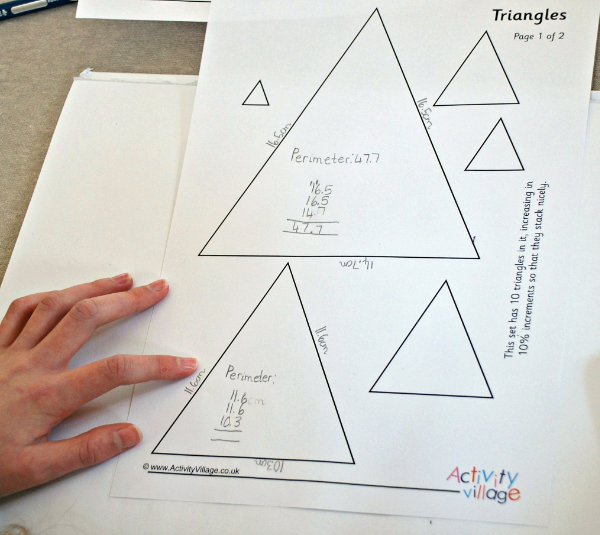 The perimeter of triangles

We added the different lengths together rather than multiplying them because it was his first time using decimals - but we did discuss that the perimeter of a square could be calculated as length of a side x 4.

Once the kids were happy with calculating perimeters for regular shapes, we branched out onto irregular shapes. To start with we used some playdough and Activity Village's 1cm grid paper.  By using the 1cm grid paper, we did away with the need to measure the sides; the kids could just count the grid lines. Because we were using playdough we placed our grid paper inside a write-and-wipe-pocket, but you could also laminate it. 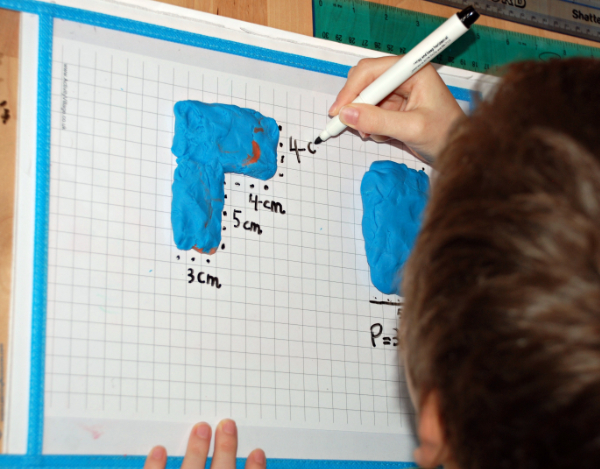 Measuring each lenth of an irregular shape

The playdough and the grid paper worked really well together and ended up being a clear visual representation of how a perimeter of an irregular shape is really the same as that of regular shapes – just the distance around the shape. 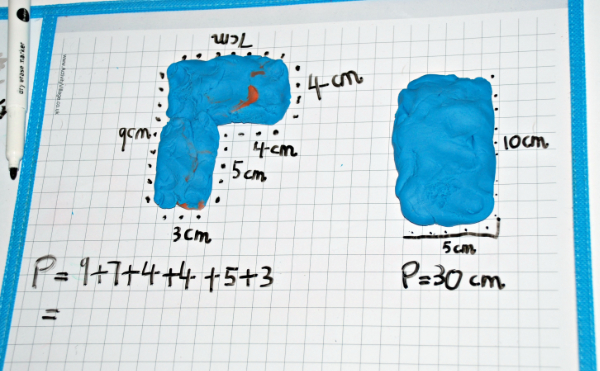 Once the kids were happy with the playdough shapes we took it a step further and they drew their own irregular shapes – again using the 1cm grid paper. They then they calculated the length of each side by counting the grid squares, and added the sides together to get the perimeter. 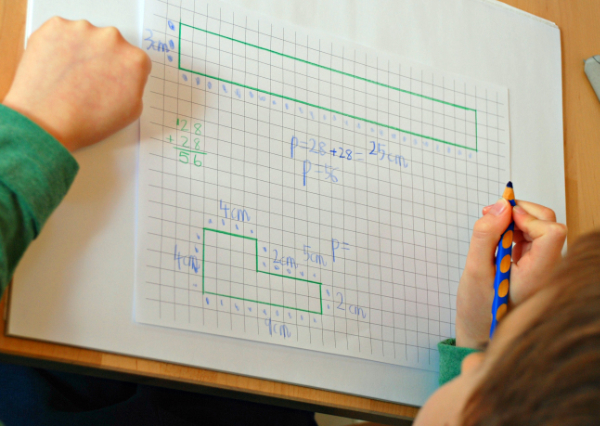 Creating their own shapes on grid paper

The more they played around with creating their own shapes, the more interesting the shapes became! They realised quickly that, no matter how complicated the shape, calculating the perimeter was simple a matter of adding the length of the sides.

You could use Activity Village's 2D shape word mat as reference. Calculating the perimeter of triangles is also a great excuse to go over the different types of triangles. 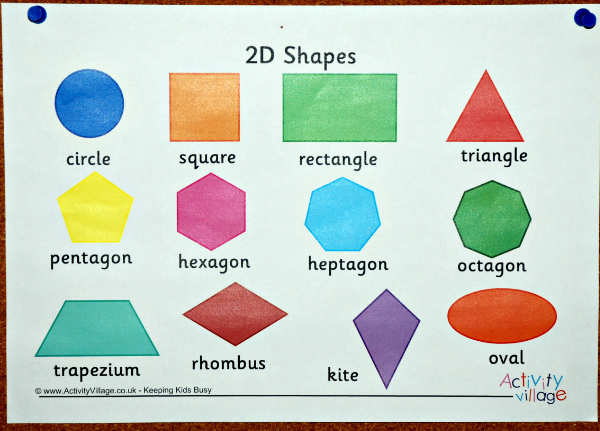 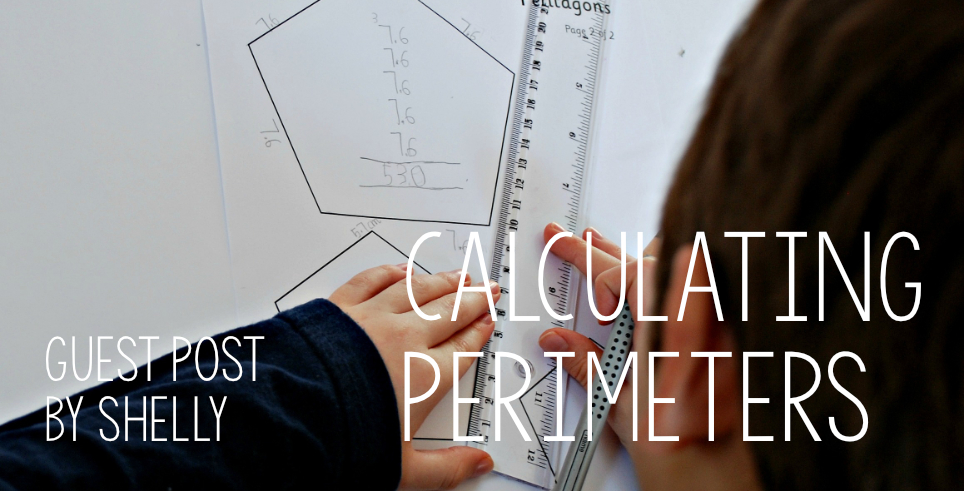