Colouring in or creating your own mandalas is a great way to get the kids playing around with colours to create different patterns and effects, and this guest post has some great ideas on how to get started.

We recently watched a documentary about the Himalayas and in that documentary, they showed some monks working on an incredible mandala. It really was detailed and the colours were exquisite. We naturally wanted to work on our own mandalas.

To start with, we downloaded some of the mandala colouring pages here at Activity Village and spoke about colour repetition and how we could divide the picture up.  The kids chose to stick with warm colours verses cool colours and they both divided their pictures in half. Dividing the mandala into a warm half and a cold half

It is quite a straight forward art activity but the end results can be quite stunning and it works quite well as an activity to do while you listen to an audio book. 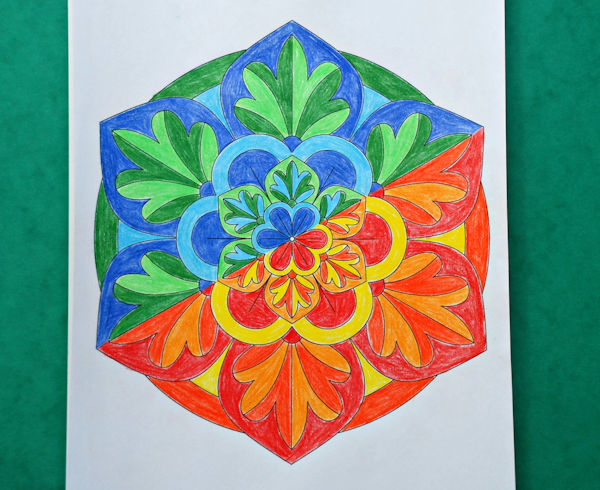 After the success of our colouring mandalas we decided to create our own.  We added a slight “twist” to our version and made ours sea creature mandalas. I am using the word "mandala" in a very loose way here. But the idea was to create a geometric, repetitive pattern with a sea creature theme.

The kids started off by dividing a sheet of A3 paper in half and they drew a line down the centre. Then they had to split each side of that line into 3 equal sections. For this bit I slipped in some maths: because it is a straight line (180 degrees) they had to split that into 3 equal sections, each section being 60 degrees. We used our protractor to measure the angles for each line. Once we had drawn in our lines, we used our compass to create a large circle for the border. 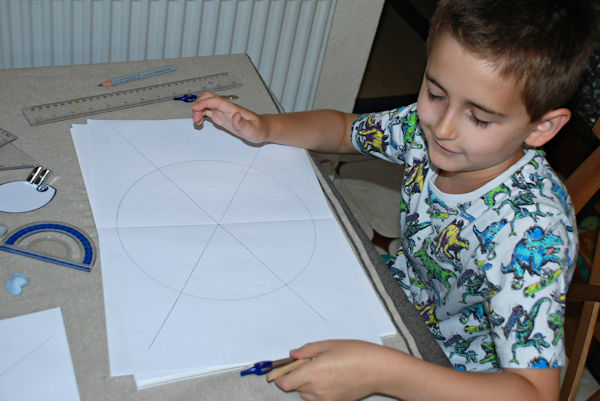 Using his geometry set to create the lines for the mandala

Then we cut out and used some of these sea creature templates to plan our pattern (and make sure it would all fit) before we started tracing.  We find printing these templates on thicker paper or card works better just because the kids end up reusing the shapes quite a bit. 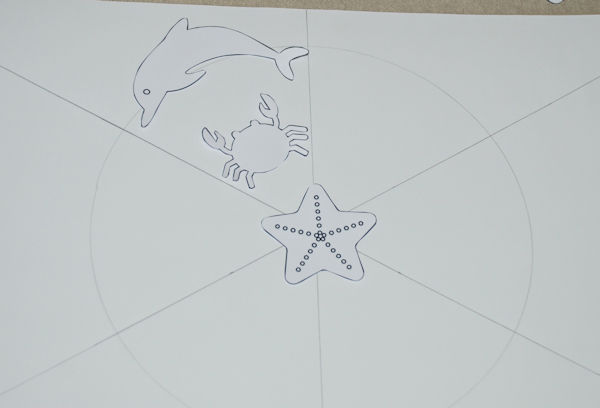 Planning what goes where on our sea creature mandalas using templates

My son used sticky tack to stick his templates down before he traced around them. We have learned from experience that just a bit of sticky tack at the back of the templates stops them from moving around while the kids are busy tracing. 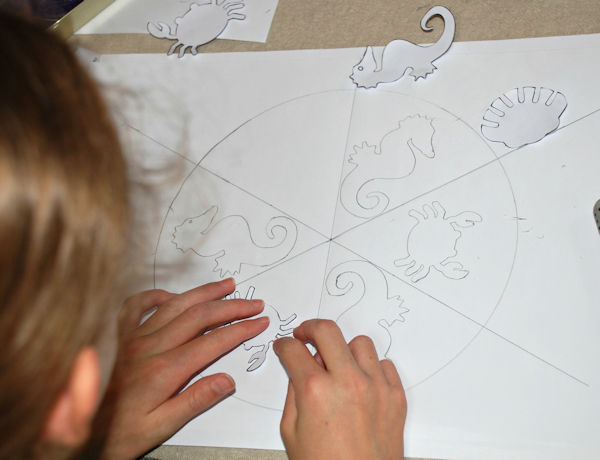 Setting out her sea creature mandala 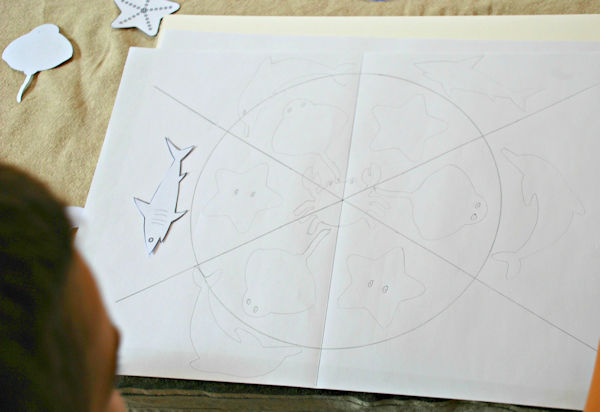 Then the colouring started. We did not finish our pictures in one sitting. By this stage my son had been working for quite a while and was getting a bit tired so he just started the colouring and then we had a break for the day. 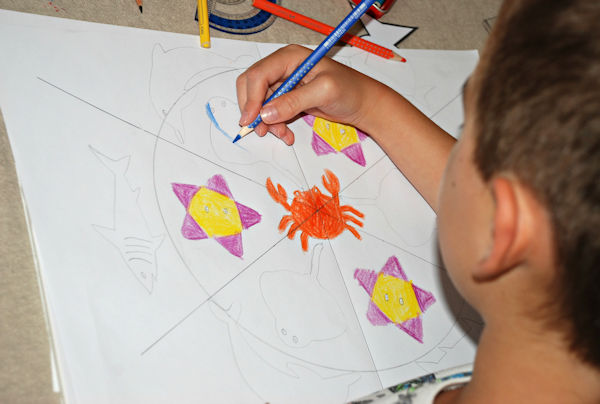 Starting to colour in his sea creature mandala

The next day we came back and finished the pictures. 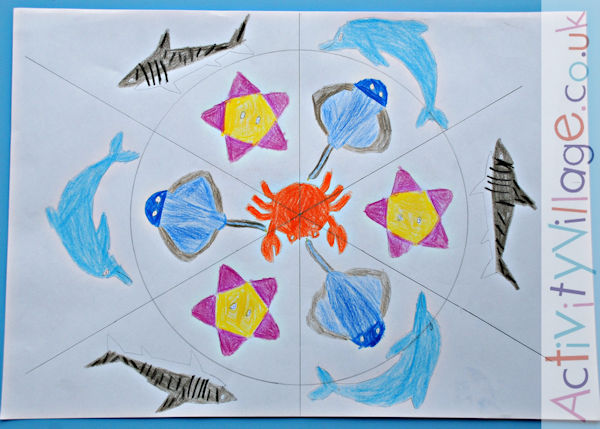 And even started working on more! 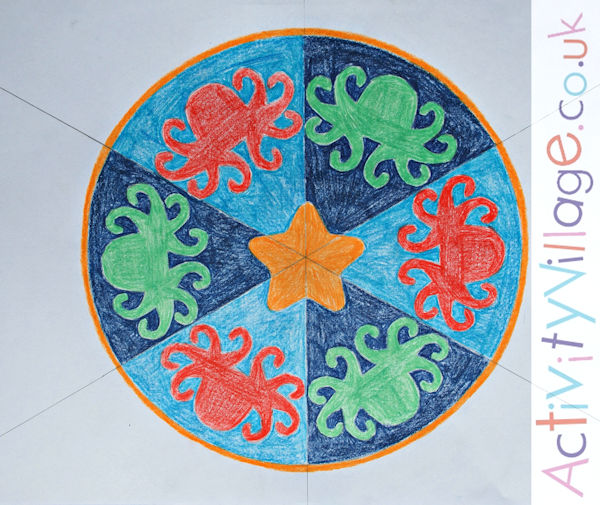 One of the things I like about this idea is the kids can keep the pictures as simple as they want or they can make them quite complex.  They can also play around with colours to create different patterns and effects.

We are definitely going to try this activity again. Here's a simple colouring page of an underwater ocean scene, complete with fish, jellyfish, starfish and seaweed - fun for younger children to colour. Get the paints, grab some washing up liquid (dish soap) and off you go with this fun bubble painting jellyfish project! Bubble painting is always fun...