Teaching Number Bonds can sometimes be tricky, but Shelly has included some fabulous ideas in this guest post on how to introduce them to children and make them fun and interesting too.

These pages were used in the activities below:

You can find all our resources for learning Number Bonds up to 10 here.

When we first started doing maths with my oldest I struggled with Number Bonds. I was not sure how to introduce them and make them a bit interesting. But I knew how important they were so we tried a few things until we discovered that the more we used maths manipulatives to help us, the more interesting they became. Maths manipulatives can be anything from store bought "snap cubes" to dried beans, craft pom-poms, buttons, Hama beads or even Cheerios – although in our house those do not tend to last very long! For us the key is that the kids get to pick objects up, feel objects and move objects around while they are doing maths.

To introduce a Number Bond we would start with an exercise where the kids were given a group of objects and then they played around figuring out the different ways they could split that number up.  Say they have 8 craft pom-poms: how many different ways can they split the 8 pom-poms up?  When using pom-poms you can always add in some jumbo tweezers – it definitely increases the fun factor for the kids and it is a great hand strengthening activity. 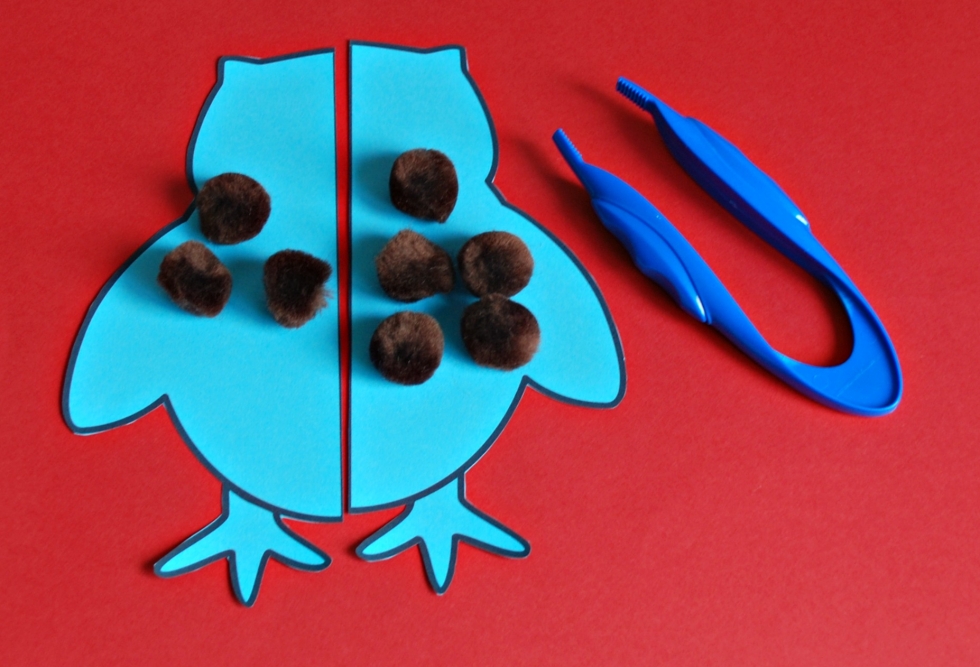 Our owl template with craft pompoms and giant tweezers

Using a template like the owl above really helps the kids to understand the idea of a number bond - that 2 parts of the owl joined together makes the whole owl, which equates to 2 part numbers added together making the whole number. For many children the visual representation makes a huge difference to their understanding. As you can see, we printed the large black and white version of the Number Bond Owl onto coloured card and then cut it out. We decided to cut it down the middle to make him into 2 separate pieces.

After the kids had spent some time playing around breaking each whole number down into different parts I encouraged them to write the sums out. 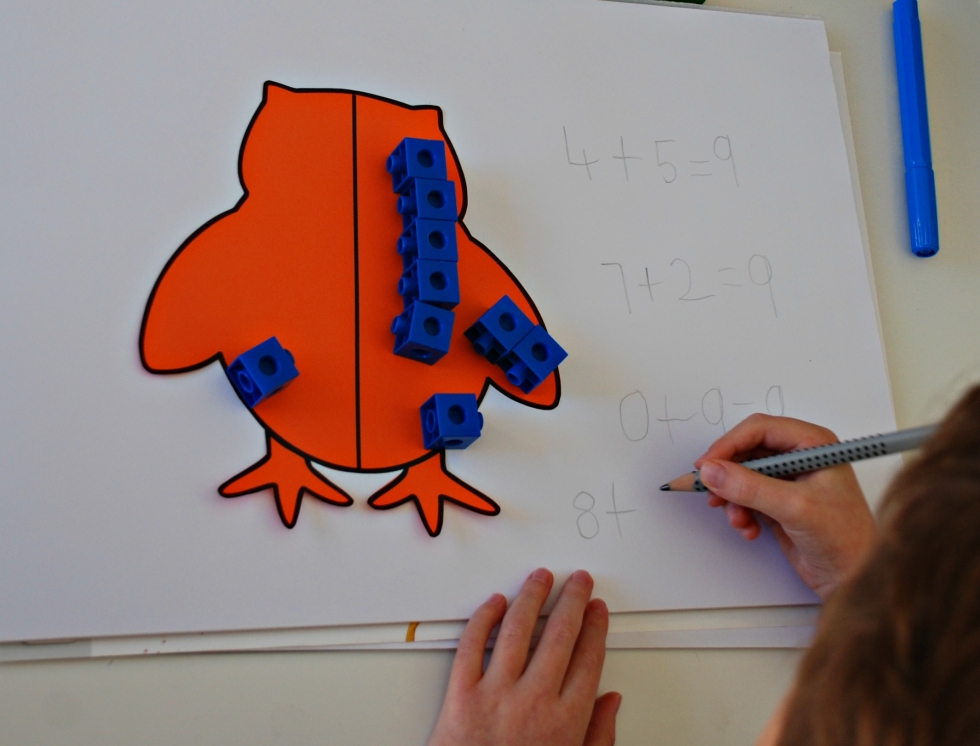 One of the reasons I like this activity so much is the kids prove to themselves that there are different ways to split a number. They see that they can split 9 into 2 and 7 as well as 1 and 8 and 3 and 6.  It is an important concept for them to understand – there is more than one sum that will give you the same answer.

Another page that I love using with our maths manipulative is the Ten Towers printable. The snap cubes fit nicely into the squares on the frames but you could use lots of other objects like beans, buttons or pom-poms.  With my son I left him to first see how many different ways he could combine his coloured snap cubes to get to 10. 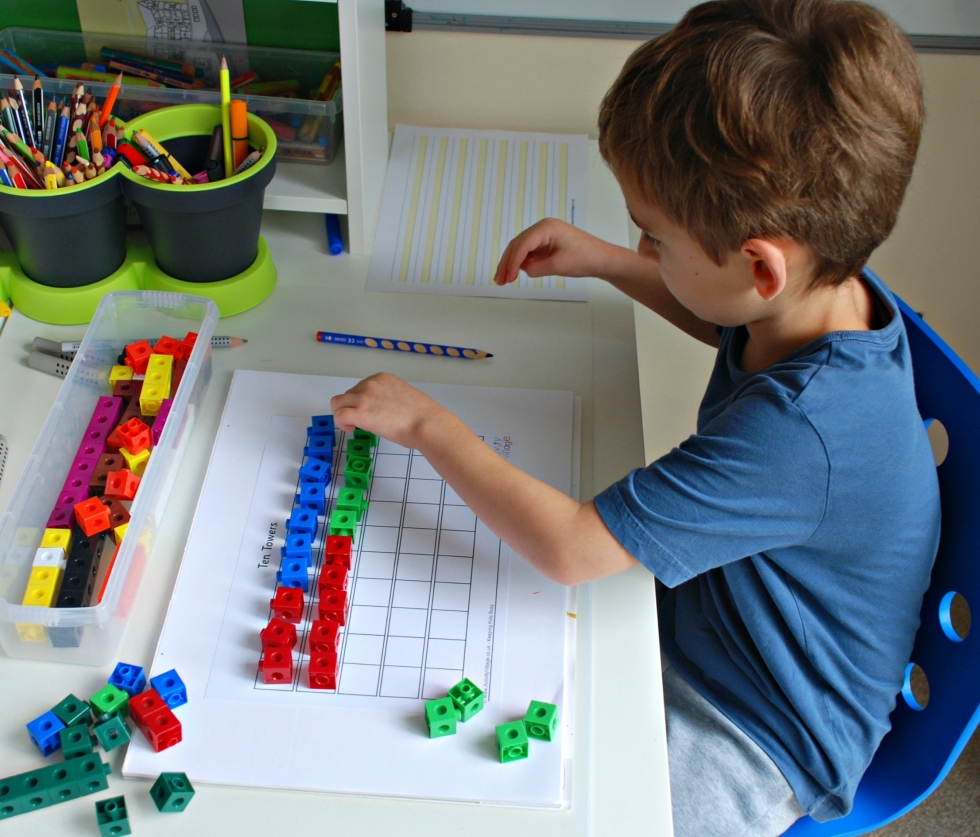 Then I set up some Ten Towers for him. I added a few snap cubes to the Ten Towers and then wrote out some sums, and he had a go at completing the sums for himself. 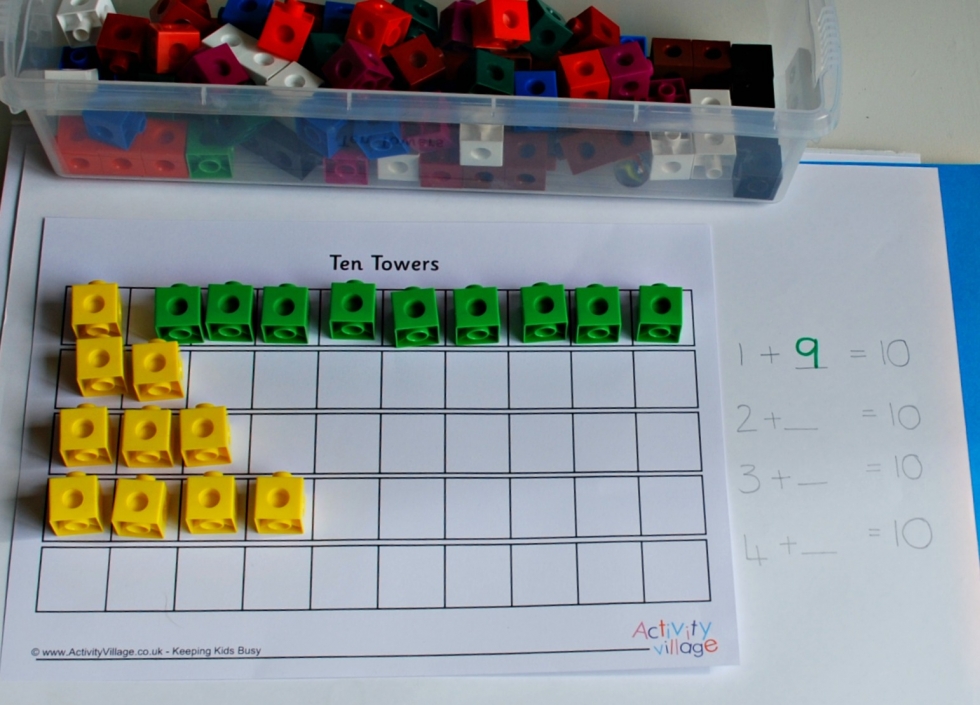 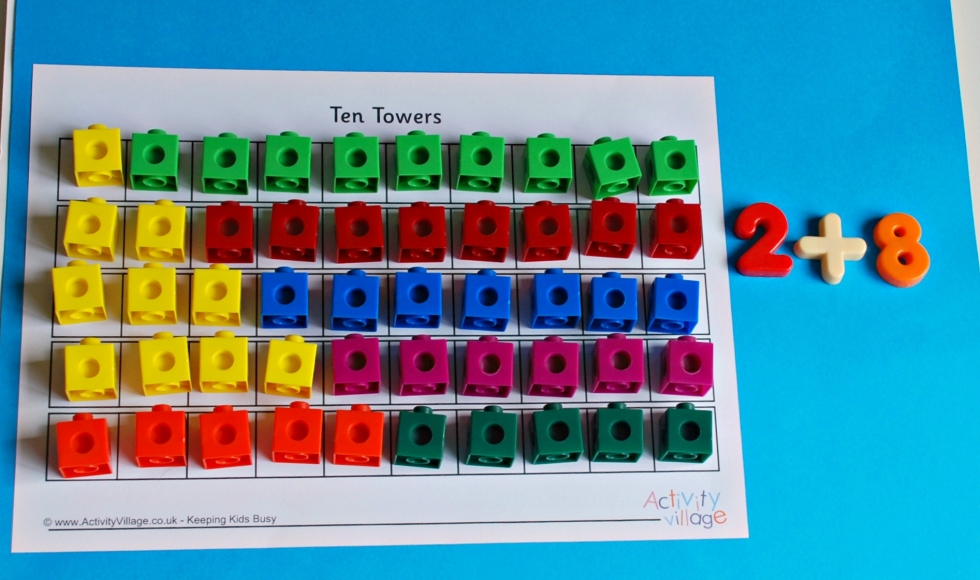 I really like the Ten Towers printable as not only does it help the kids with learning the Number Bonds for 10 but it also introduces them to the idea of depicting 10 as items together in a row (ie like they do with Base 10 sets).

If the kids want some more practice, my son's two favourite pages for practicing number bonds are the Number Bond Tower worksheets and the Colourful Addition Pages. He says I must mention that the colourful addition pages work really nicely with stickers! 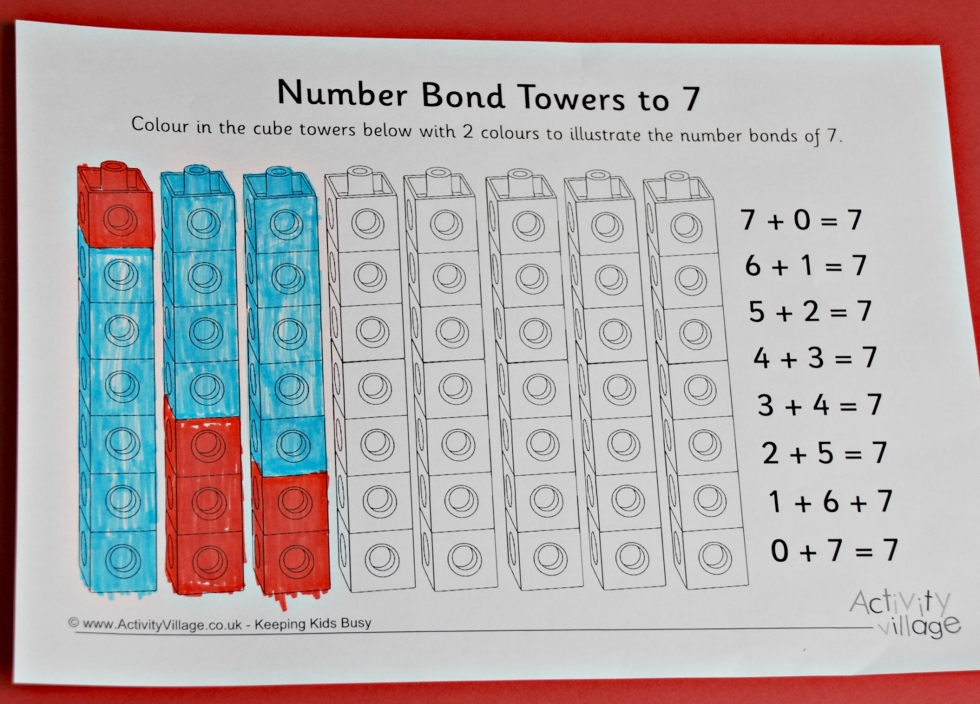 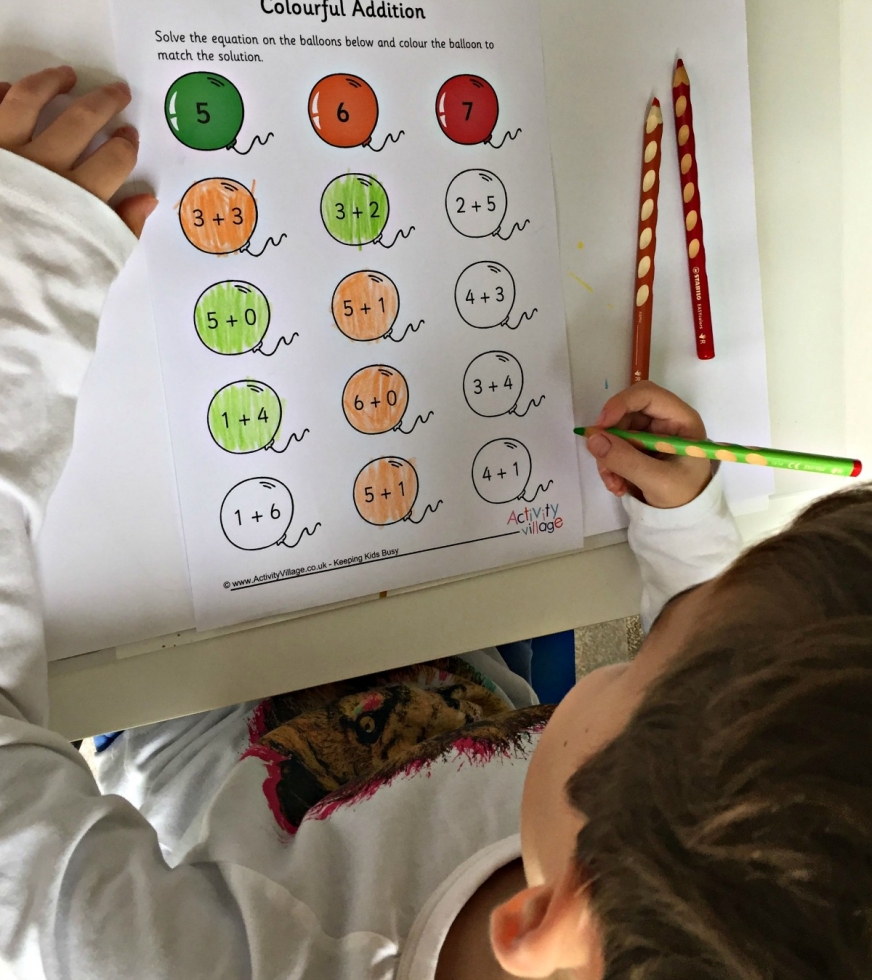