With the wildfires in Australia being such a prominent topic of late I thought it would be a good idea to learn a bit more about the country.  The kids already have quite good knowledge about the different types of animals but they did not know that much about the history or the geography of the country.

I had a quick search on the website and the first thing that grabbed my attention was the stunning colour-in map of Australia. I loved the way it has been divided into the different states and shows some key landmarks and animals.  So we started with that.  And as the kids coloured in the map I read the Introduction to Australia pages (really a nice summary and an excellent starting point). Some of you may also find the Australia factsheet useful. 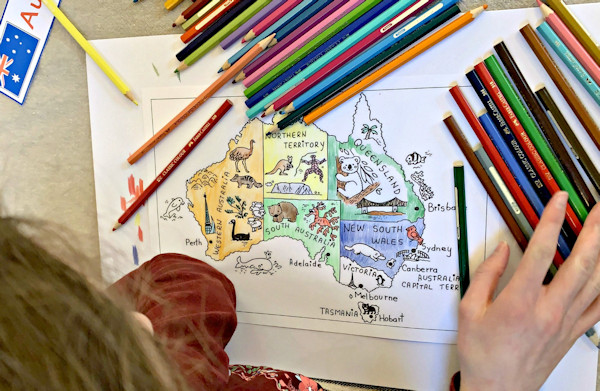 Colouring in a map of Australia 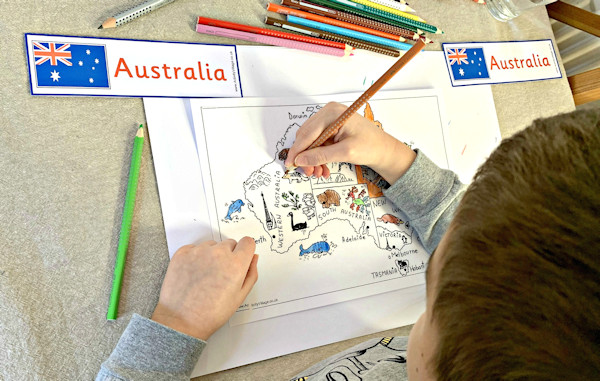 My son colouring the map of Australia colouring page

Afterwards we spoke a bit about some key places and then went to look up what the different biomes in Australia are (a biome being a large region with its own distinct climate, plants and animals) and we decided to create our own biome maps. Our biome maps are never 100% accurate but I know if the kids create a map they tend to remember it.  The kids traced over the outline of the colour-in map of Australia... Tracing over the colouring map of Australia

...and then created their own key showing the different biomes, and coloured in each section accordingly. Creating a biome map of Australia

The maps turned out really well. Our Australia and Australian biome maps

The kids also decided it would be fun to test some of their knowledge so they tried the Australia quiz (all the answers are given in the Introduction to Australia pages, so if they have read that they would be fine answering the questions). We also read up a bit about the Australian flag – how it shows the Union Jack, the Southern Cross and the Commonwealth star representing the different states of Australia – I think it helps the kids to remember the different flags if they understand how the flag images where chosen.  There is a useful Australian flag colouring page on the website as well as a cool Hama Bead pattern for the flag.  Mine wanted to print out the Australian flag bookmarks. We never seem to have enough bookmarks even though we are always making them, I suspect a few have been left inside library books that were returned!

And if you want to extend your Australian learning a bit have a look at the Captain Cook Section.  Both of mine found the map showing his voyages interesting and there are also some nice worksheets which they can try. 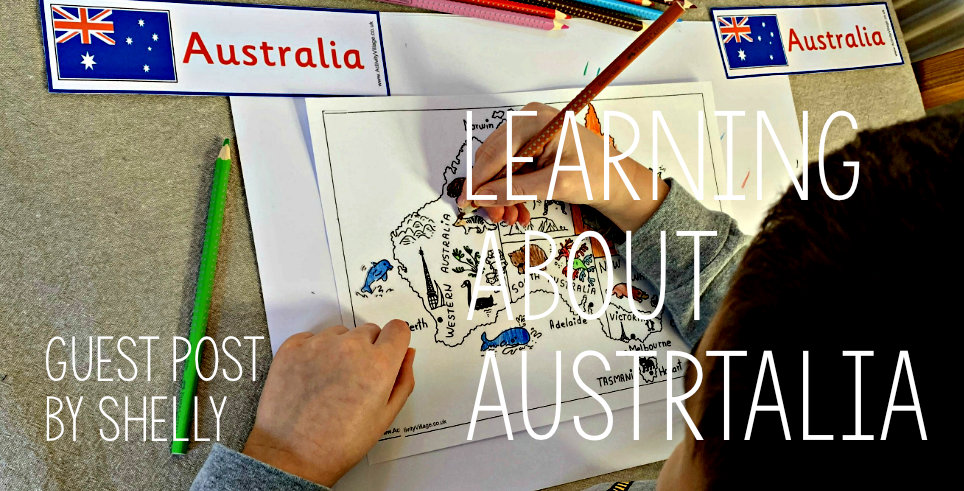 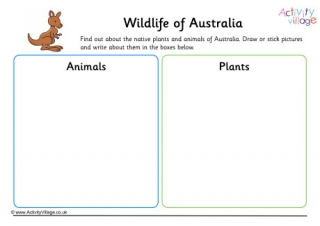 Over 80 per cent of Australian plants, mammals, reptiles and frogs are unique to Australia and found nowhere else in the world. Find out about some of them (and the plants of Australia too) and fill in this Wildlife of Australia worksheet... 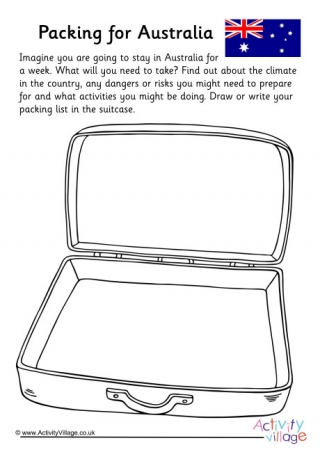 Going to Australia would be a fantastic adventure, but what would you need to pack if you were going there? Do some research then write or draw the items in the suitcase... 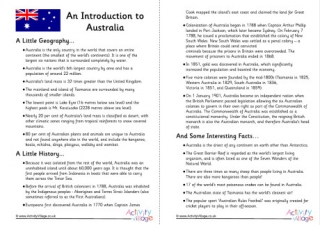 Learn some useful (and interesting!) facts about the fascinating country of Australia by reading our two-page fact sheet.