Last year, as soon as I spotted the dinosaur scene colouring pages, I printed them out. But not for colouring, I wanted them for drawing ideas. 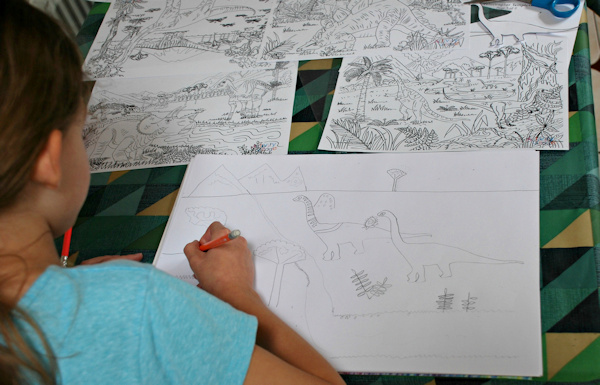 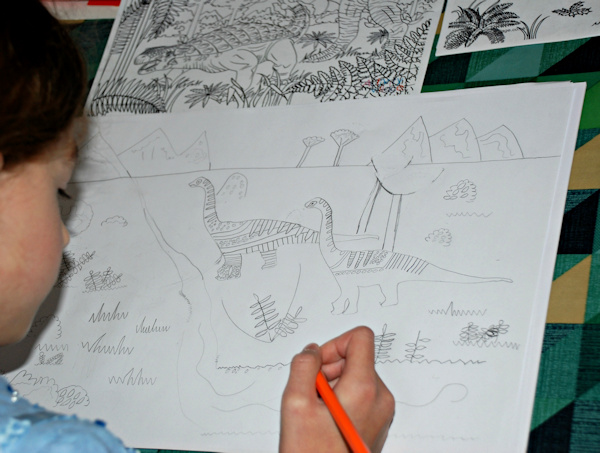 My oldest really found these pages very useful and for the past few months they have not been packed away. From time to time she comes back and retries one or two items, sometimes copying directly, sometimes mixing up ideas. 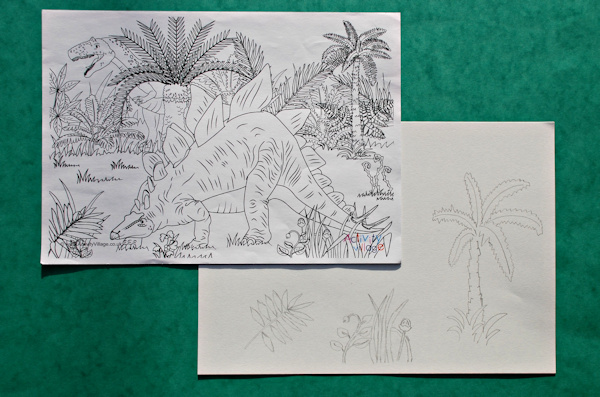 But every time I have noticed improvement. 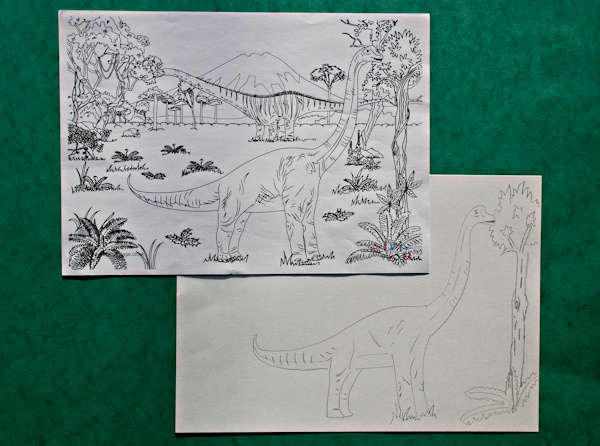 My youngest was not as keen, which is unusual as normally he loves to draw. However, he found the pages contained too much detail, so we came up with an alternative for him. We printed and cut out a number of the dinosaur templates for him. And he was much happier. He used the templates to get the outline of dinosaurs and then just added one or two items like a tree or a log. He was more interested in drawing a group of dinosaurs than background items. However, even though he was using the templates, he still created some depth in his pictures by overlapping different dinosaurs. He ended up asking for different size dinosaur templates so he could use the smaller ones to show the dinosaurs that are farther away. 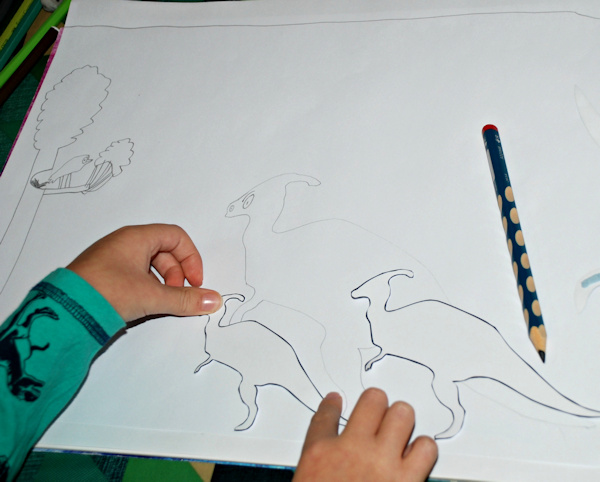 This time she focused on trying to draw the animals. 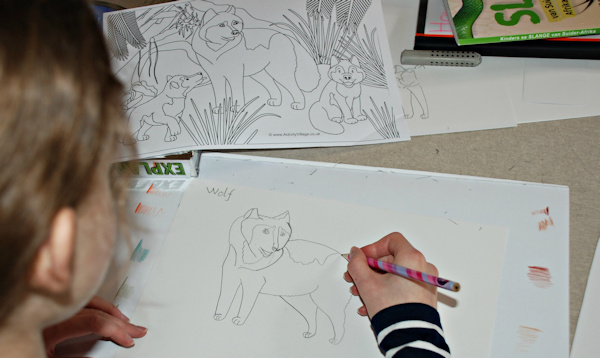 Drawing a wolf from the wolves scene colouring page

I think she did a super job. 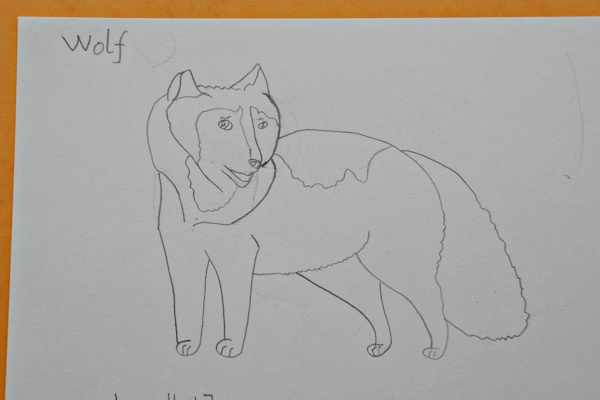 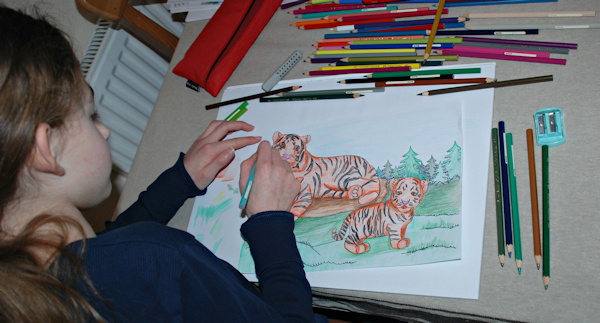 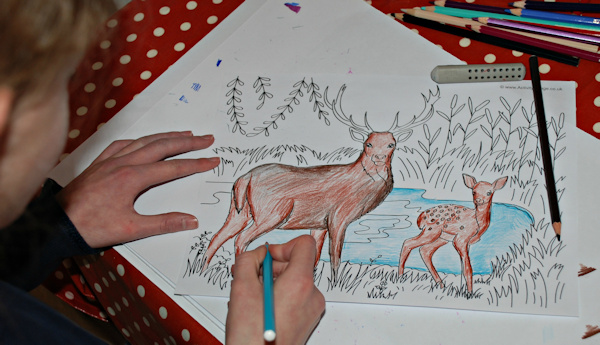 And with the shading of individual objects we tried to work on darker areas where shadows would be and lighter areas. I encouraged my daughter to use three colours for each object – a dark, medium and light for each colour - and combine those to give the object some volume. She also started experimenting with using different colours in the shadows – mainly blues or browns to create depth. I don’t like using black in art as I think it gives a very flat feeling so we are trying to avoid that and instead use other cooler colours. 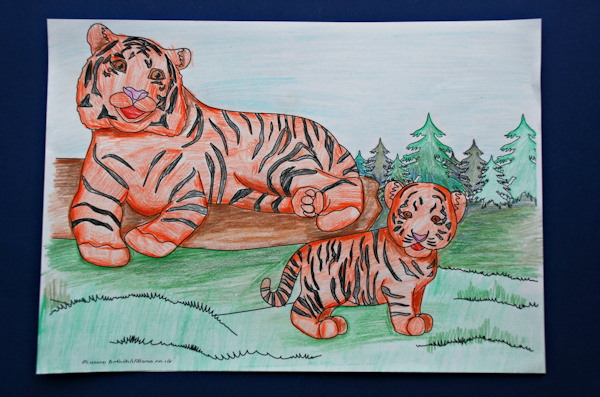 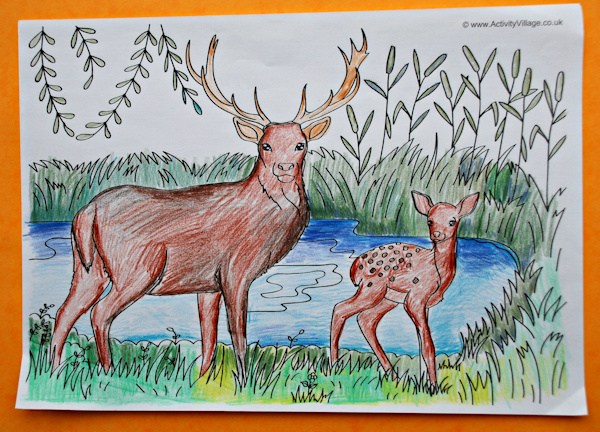 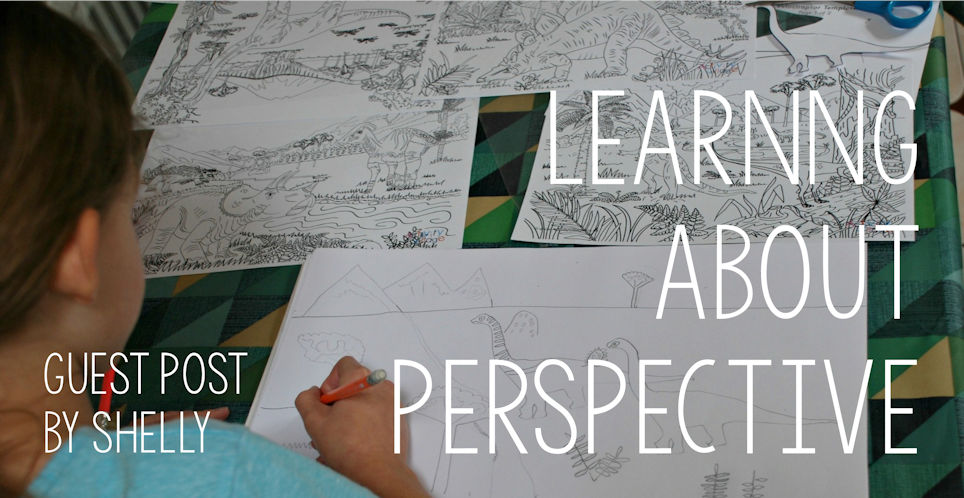 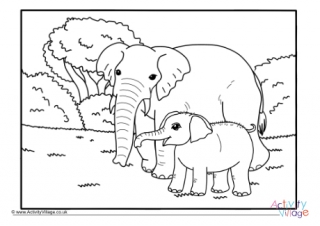 Here's a lovely scene for the kids to colour in, of an elephant mother and baby on a landscape. 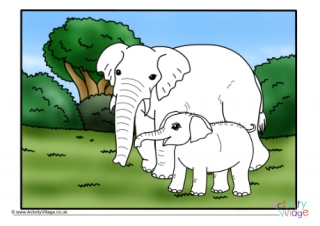 Sometimes a colouring page can seem a bit daunting when the background needs to be coloured too! That's why we came up with the idea of our "colour pop" colouring pages. This one lets the kids colour in a lovely elephant mother and baby. 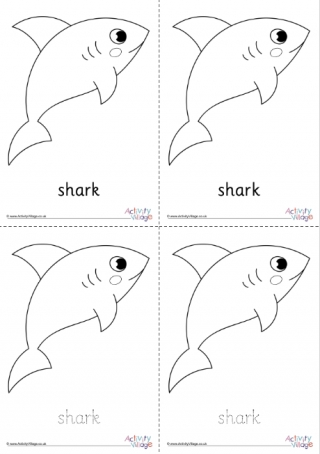 Here is a simple shark colouring page for younger children. Choose from one a page with the word underneath, or one with dotted font for tracing. We have provided 2 versions of the letter "k". All the pages are in one pdf file so make sure to print just the page you want!