One of the most important things with learning maths is that the kids need to practise the basic sums over and over again. And, let’s be honest, maths practice can be a bit boring - and boring often means the kids are not that keen to practise! We have found that one of the best ways around this is to play maths games with the kids. You don’t have to go out and buy games! As long as you have some dice and coloured counters to use you can just download the boards and get started. These are two games that we are currently playing with our kids. 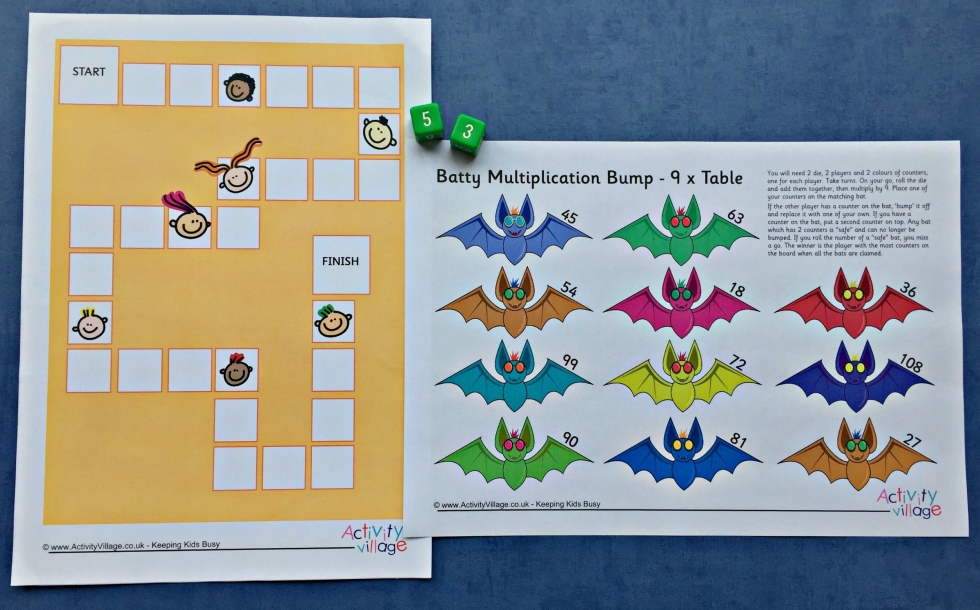 This is perfect for kids who need to practise their addition. Rules are straightforward – roll 2 dice, add the numbers together, and that is how many square you can move.  If you land on a face you have to go back to the start and begin again. 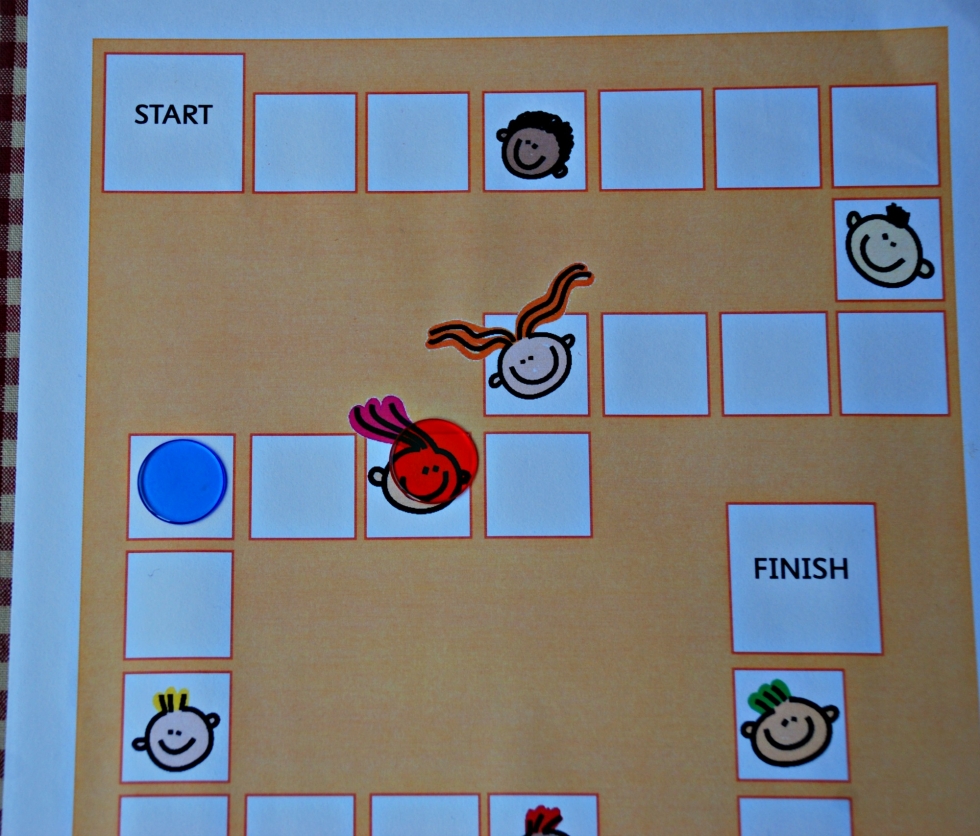 We have been playing it with my youngest and it has been excellent at getting him to practise basic addition. In one sitting of playing the game he honestly did more addition sums than the entire previous week! He was determined to see how often he could win so he kept playing it over and over again. And then that weekend he challenged his dad to a game. Yip, he challenged his dad! So it was entirely his idea to practise some addition over the weekend. This is exactly why I love maths games! 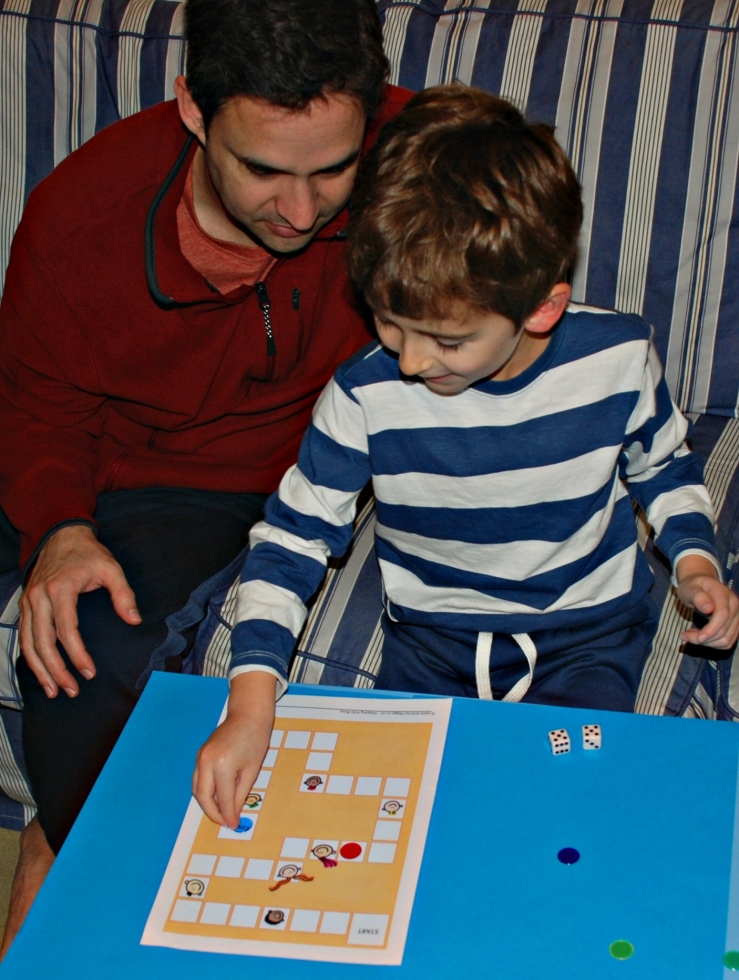 Playing Watch Your Step with his dad over the weekend

If you have a dice with larger numbers (we have one with 6 to 12) then you can also try a subtraction version. Throw the two dice and the kids subtract the smaller from the larger number (eg 10 -4 = 6) and then move 6 spaces.

My oldest knows all her times tables but we want her to practise doing them mixed up at a quicker speed. She hates being rushed so I knew we had to do it in a fun way. So we gave the Batty Multiplication games a go. 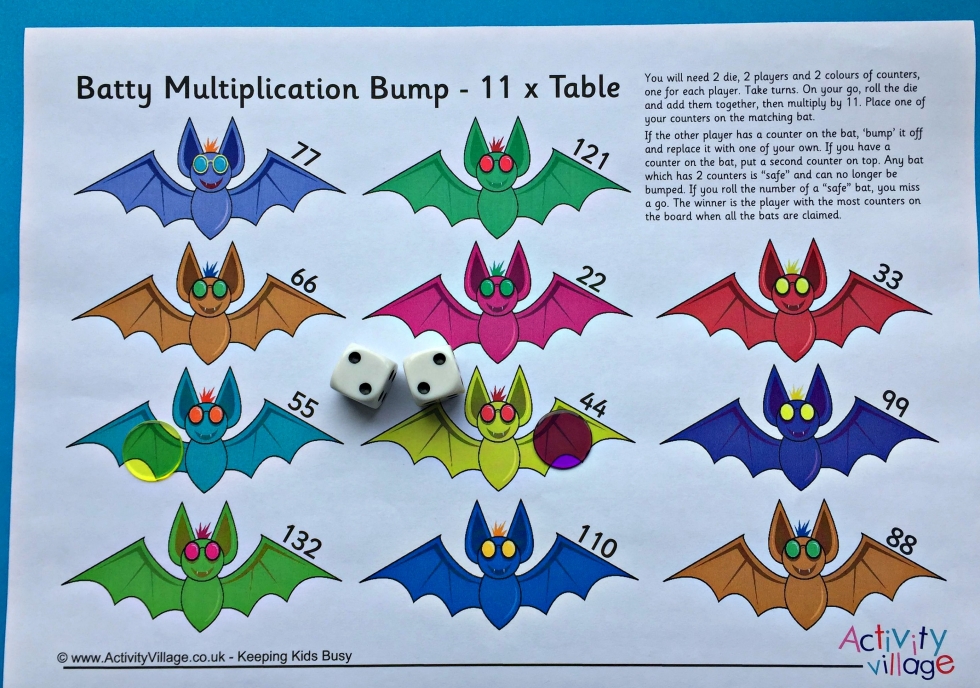 If you happen to roll the dice and land on a bat which someone else has a counter on you can bump their counter off the bat - unless the other player has 2 counters on a bat, in which case that bat is safe and you miss your turn.

We first played the game with the 2 x table board, just so we could get the hang of it, and then moved onto some others. The great thing about this game is that the kids end up practising the sums over and over. As we got near the end my daughter got more excited and starting rushing - which mean that she actually stopped hesitating and starting giving me the answers at a much faster pace.

And she also challenged her dad to a game over the weekend and apparently is planning on challenging her grandparents when they come to visit over Christmas! 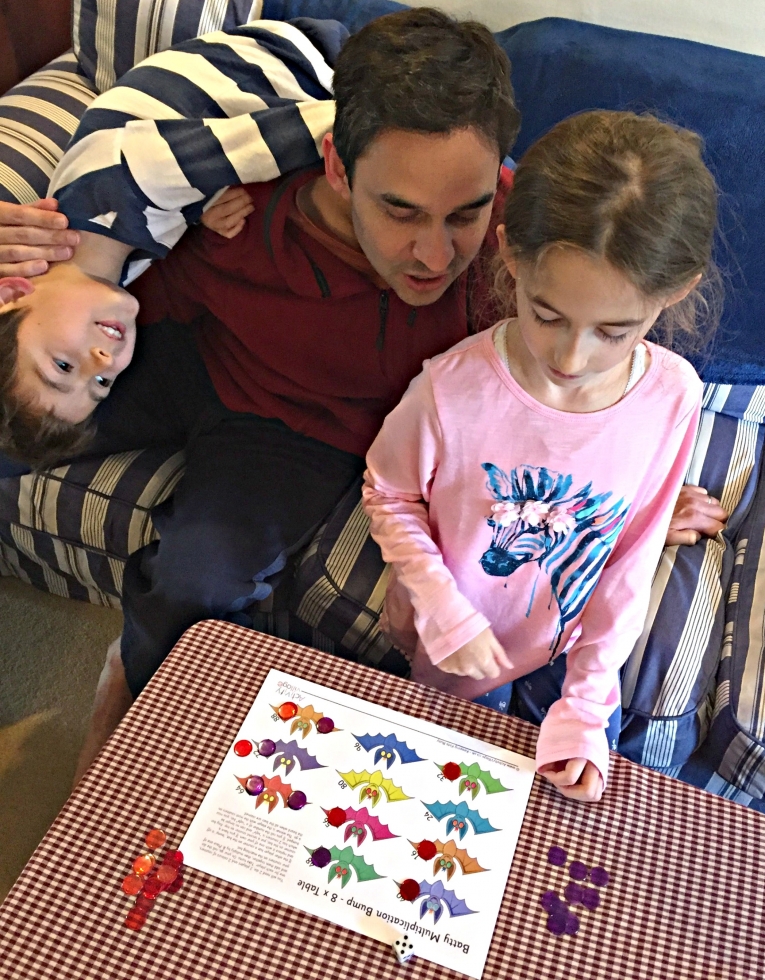 Playing Batty Muliplication Bump with her dad - and someone else wanted to get involved!

My youngest was so desperate to have a go at Batty Multiplication Bump that we actually ended up explaining the 2 times table to him so he could give it a go!

I have since seen my daughter play the game by herself. She says it helps her speed up. 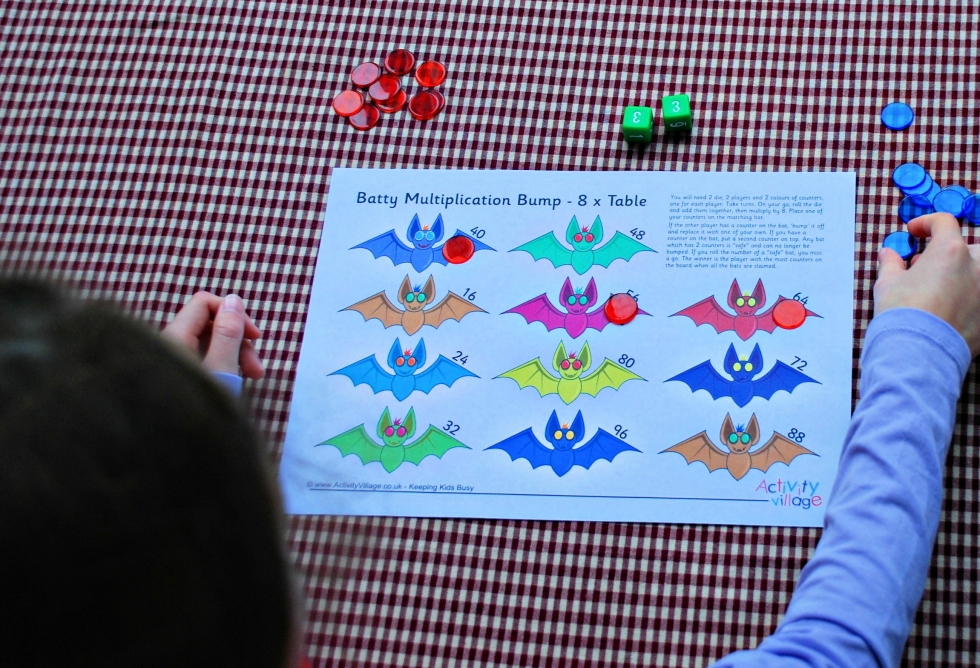 Playing Batty Multiplication Bump on her own

If you are wanting a fun way to get the kids to practice some maths I really recommend trying a few maths games. Both my kids end up doing more sums in a short space of time and the more they played the quicker the answers came. 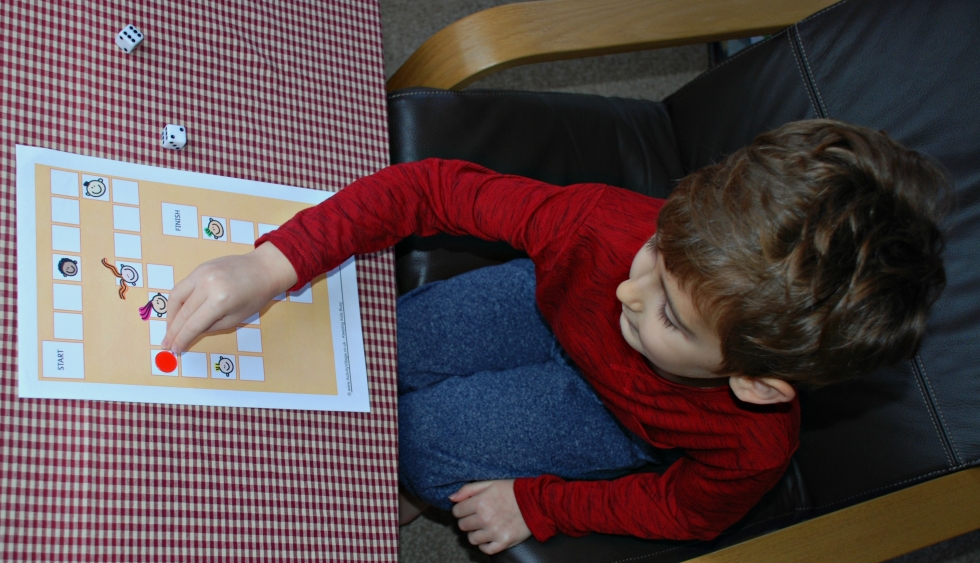 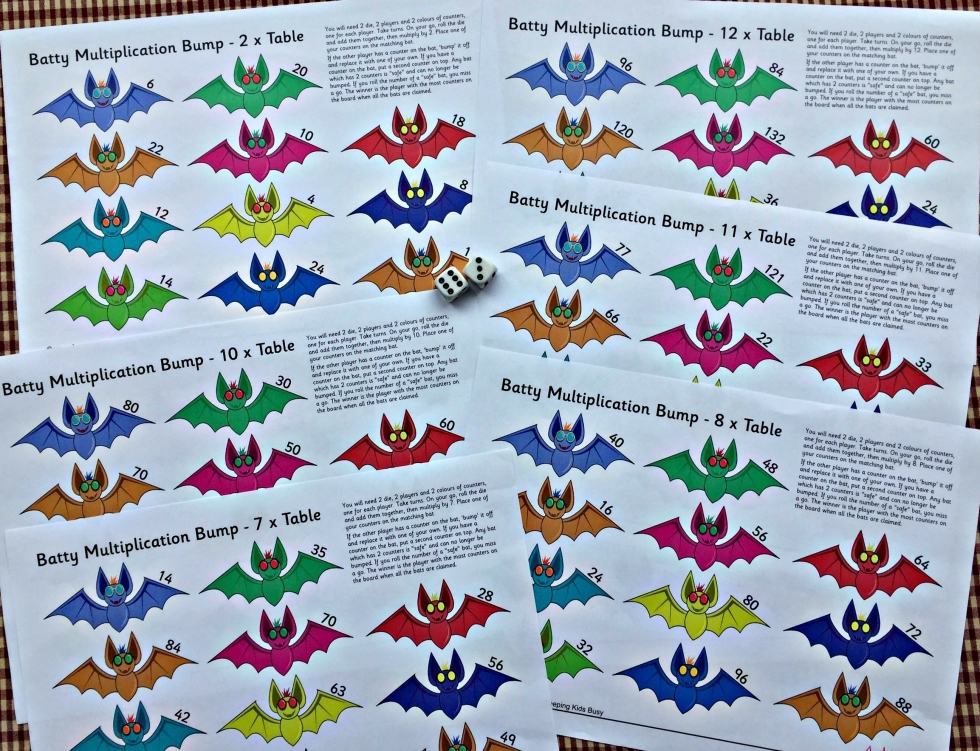