After having a bit of a break over the summer I always like to revise a few maths facts before we start learning new concepts. For my youngest I was wanted to revise doubling and halving and some of his times tables but we are not in “worksheet mode” so I thought cards would be better. 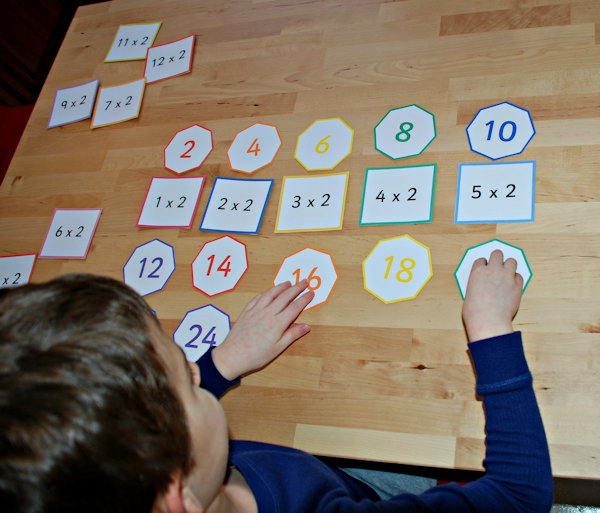 This time I decided to convert the folding cards into times table dominoes and I opted to combine two times tables into a set. To start with I created a set with the 8 times and 6 times table cards (I chose these two as they were the newest times tables that he has learnt). I kept it very easy and just created simple card templates that were slightly the bigger than the existing folding cards and then split the folding cards so that the sum was on one domino and the answer was on the next domino.

So in the photo above he started with the card with the sum 4x8 and then he needed to find the answer (32) and match the two together and then move onto the next sum, 6X6.

It was very easy to set up, with just some cutting and sticking, but it has worked well with both of my kids. They like the fact that they are not sitting still at a desk but actually get to move around a bit while they are revising. 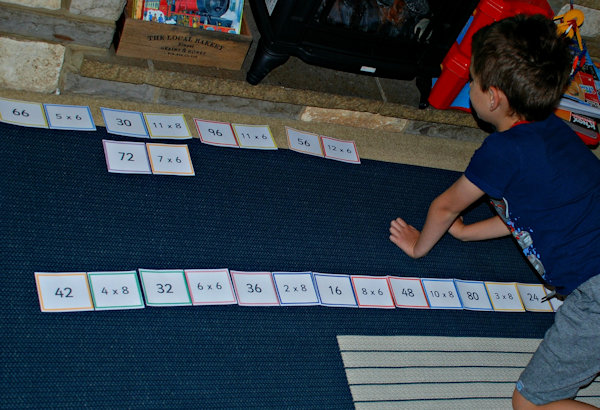 I have always found that whenever we have a go at maths dominoes my kids always end up practicing more sums than they would if I gave them a worksheet. 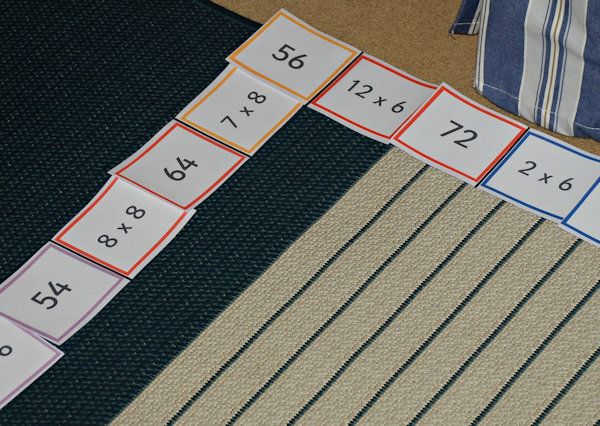 For his doubling and halving practice we initially cut the doubles folding cards apart and used them as matching cards. 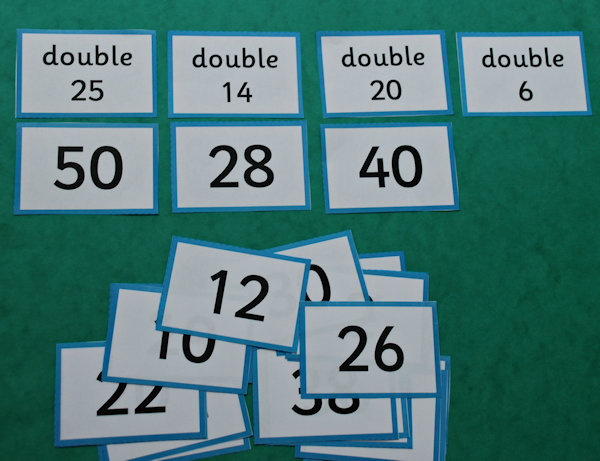 Doubles cards in action as a matching activity 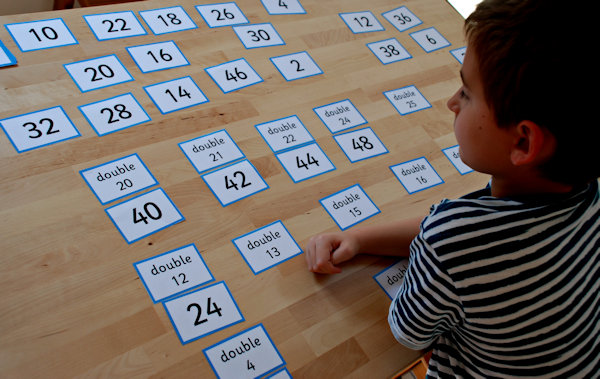 But after just a few goes he was naturally picking up the combinations – eg double 20 equals 40 and half of 80 is also 40 - so we started combining the sets together. 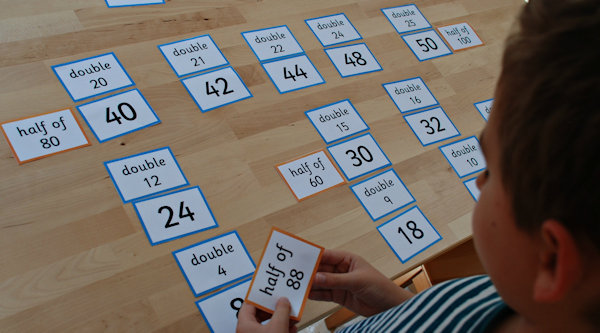 I think the two sets work really well together. By using both sets together it is very easy for the kids to pick up patterns – like the fact that the doubling cards only applies to every second halving card.  Why? Because it only works with even numbers. 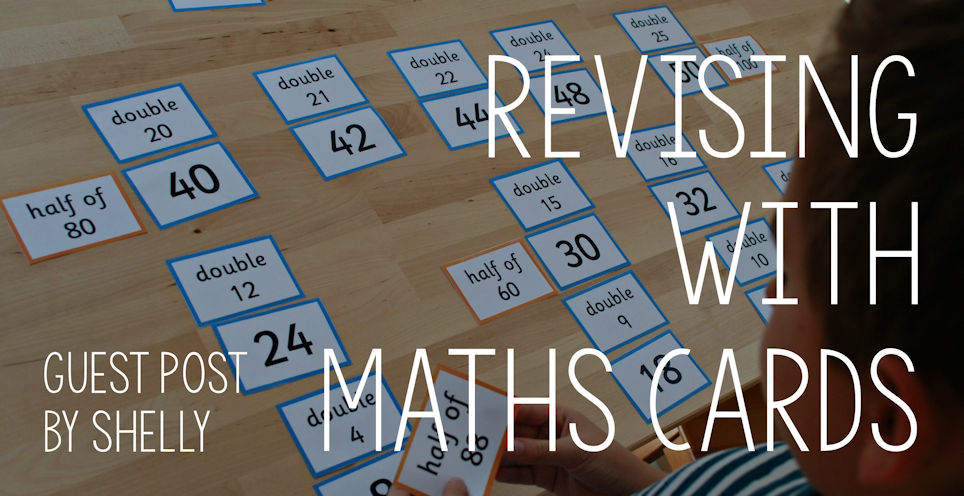 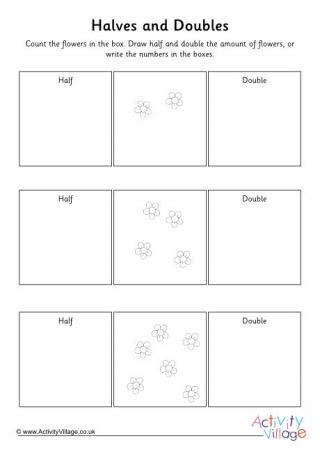 This simple worksheet asks children to work out what half and double of each set of flowers is, and then either draw the answer or write the correct number. 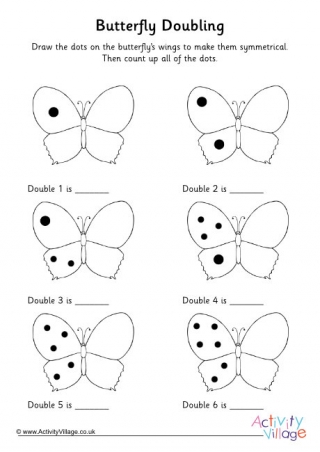 Draw symmetrical dots onto the butterflies and then write the answer to the problem below - doubles from 1 to 6. 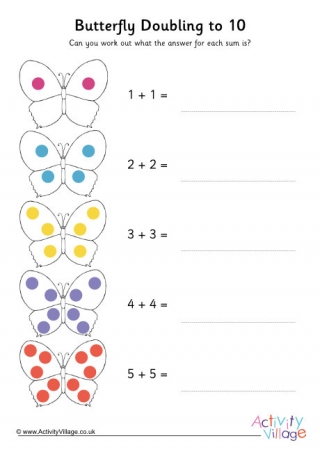 Learn to double 1, 2, 3, 4 and 5 with this colourful butterfly worksheet. Counting the dots first on the left and then on the right will help them to understand.