Did you know that Bulgarians nod for no and shake for yes? This, and other fun facts about Bulgaria below! And we have a full set of flag printables, too... 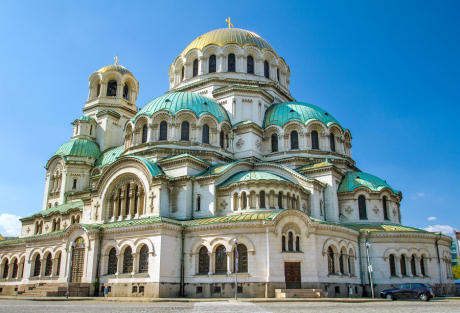 About the Bulgarian Flag

The National flag of Bulgaria consists of three equally sized horizontal bands, coloured white, green and red. The flag was first introduced when Bulgaria gained independence after the Russo-Turkish war in 1879, but was only officially included in the Constitution in 1991.

Children of all ages will enjoy creating their own booklets. This one has the theme of Bulgaria. All you do is print, fold, and then fill with writing and/or drawing. Print the version that suits you, one has lines, one is blank. 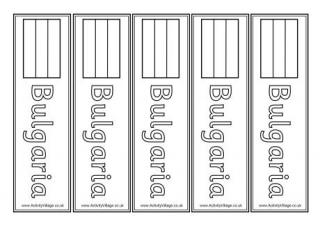 There are bookmarks available on the website for LOADS of countries! These have the Bulgarian flag. You can colour them yourself or print the colour version. 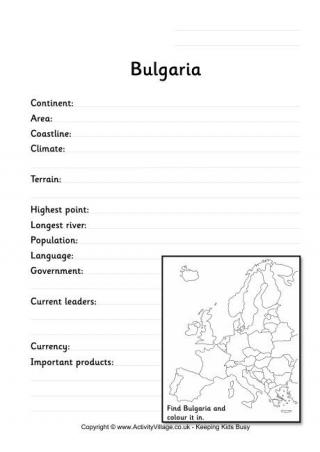 Here's a fun way to test how much the kids know about Bulgaria. Ask them to fill in the facts on our worksheet, and do a little location test too! 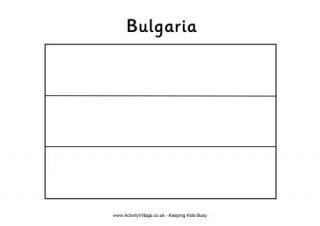 Stripy flags are nice and easy for younger children to colour in. The flag of Bulgaria is white, green and yellow, from top to bottom. 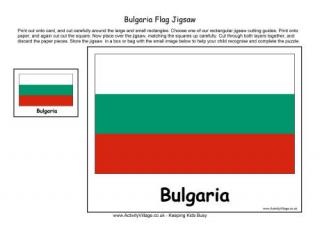 Flags make great jigsaws and this one of the flag of Bulgaria is particularly suited to younger children thanks to its simple coloured stripes. 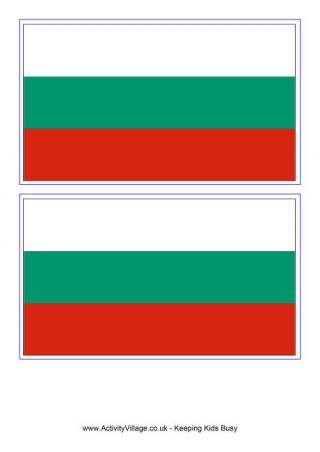 Whether you are making a display of world flags, creating some bunting, or just want something to wave, this flag of Bulgaria printable is perfect. 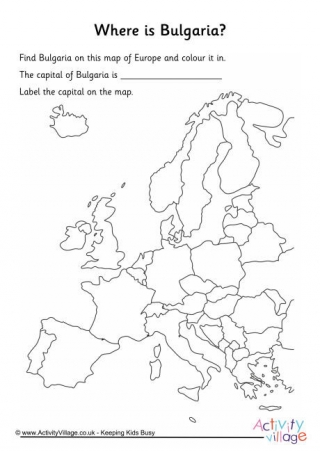 Our Bulgaria location worksheets will help children locate the country with confidence on a map of Europe. Choose from blank or guided versions below. 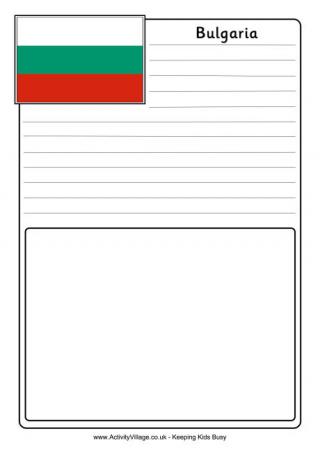 Start creating your own fact file with notebooking pages! We have two types to print, one with space for drawing and one without. This one is themed for Bulgaria. 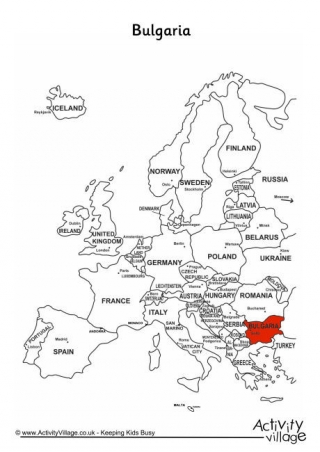 This simplified outline map of Europe shows the location, size and neighbours of Bulgaria. 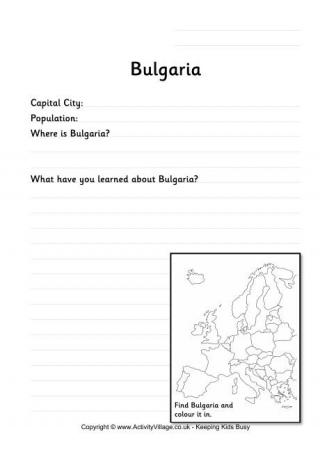 Our simple country worksheets are ideal for younger children. This worksheet is all about Bulgaria and also includes some location work.