Travel to West Africa, to Burkina Faso - a land-locked country where a wealth of wildlife inhabits the dusty grasslands of the north and tropical forests in the south. Then scroll down for some of our printable resources! 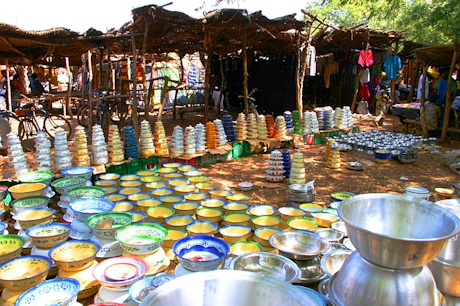 Burkina Faso has nearly 500 bird species, thanks to its varied habitats in the north and south. The country also has four national parks that are home to elephants, leopards, buffalo, cheetah, crocodiles and hippos.

In some parts of Burkina Faso, crocodiles are thought to be sacred animals. They live side by side with villagers and are fed on a diet of chickens. Since the 14th Century, some Burkinabés have associated the Nile crocodile with the rainy season and an end to drought.

The country is known for its rich artistic and musical culture, particularly drumming. With over 60 different ethnic groups, the country has a wide variety of musical styles.

About the Burkina Faso Flag 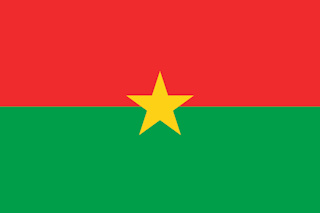 The national flag of Burkina Faso is made up of two equal horizontal stripes of green and red, with a yellow five-pointed star in the middle. The flag was adopted on 4 August 1984. 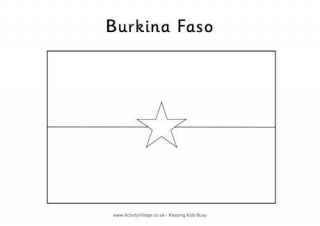 Colour the top stripe red and the bottom stripe green, and the star yellow. There! You've coloured in the flag of Burkina Faso! 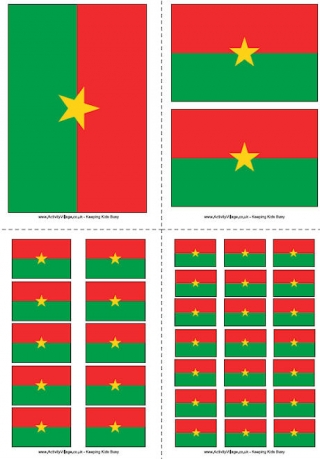 Print out the Burkino Faso flag in four different sizes and use for craft projects and displays. 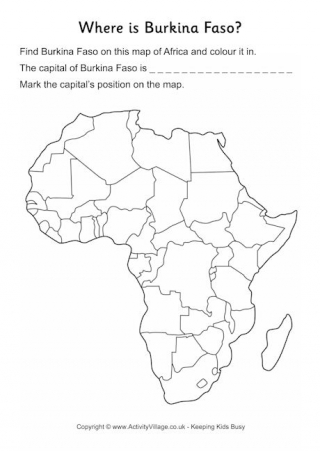 Can the children place Burkina Faso in Africa? We have two location worksheets to download and print: a blank version for older children and a guided version for younger kids. 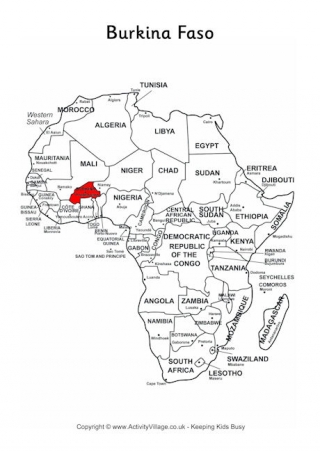 Our simplified outline map of Africa puts Burkina Faso into context and shows its size and neighbouring countries. 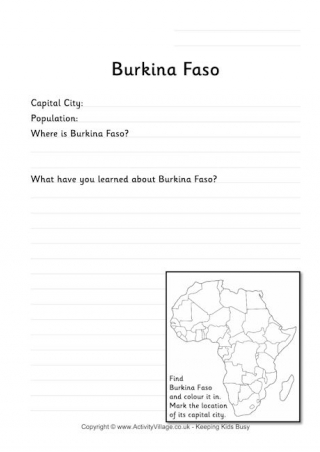 This simple worksheet allows children to recall what they have already learned about Burkina Faso.