Travel to Burundi, one of Africa’s smallest countries, to a land of mountain peaks, plains, rainforest and farmland. But against this backdrop, Burundi has been blighted by years of conflict and civil war. Our printable activities below are the perfect way to test your knowledge. 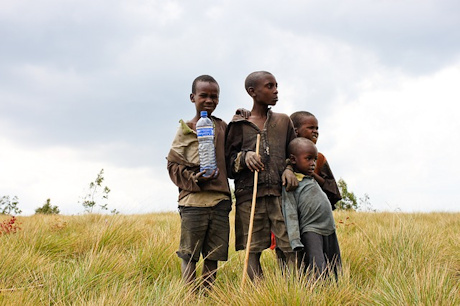 The Burundi flag was officially adopted on June 28, 1967, and has white diagonal cross divided into four panels, two red (top and bottom) and two green.  The three red stars in the white central circle of the flag represent the three ethnic groups that live in the country; the Hutu, Tutsi and the Twa. The red sections of the flag represent the independence struggle, the green stands for hope and the white for peace. 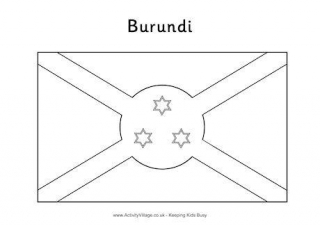 The Burundi flag is quite unusual, but not too difficult to colour in. Grab a bright green and a bright red pencil, and print it out... 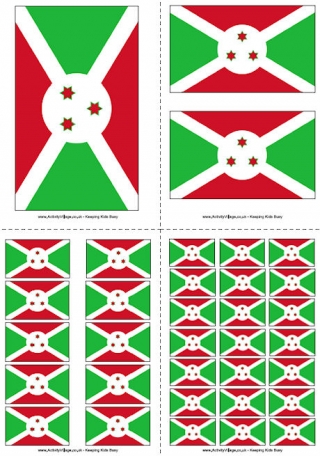 Print out the flag of Burundi in four different sizes here. 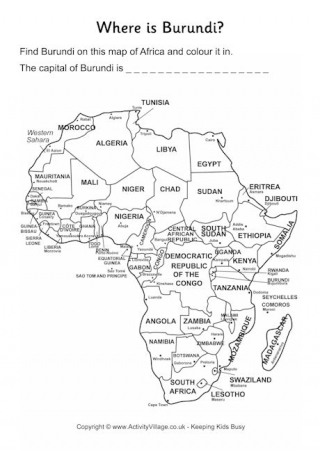 Burundi is quite small and tricky to find on a map of Africa! Younger kids can try the guided version of our worksheet, and the older children can attempt the more challenging blank version. 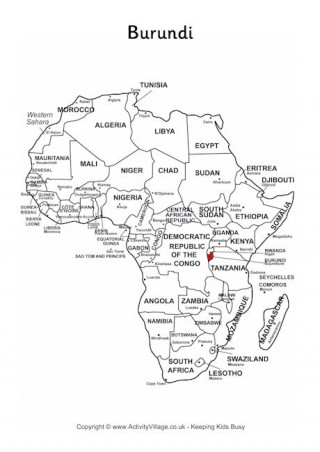 Burundi is quite a small country, so we've coloured it in bright red so the kids can locate it more easily on this map of Africa. 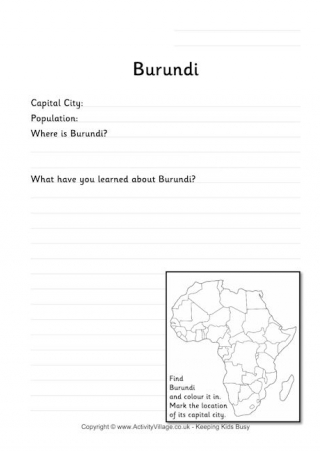 Find out some facts about Burundi to fill in this fact worksheet, which also includes some location practise.