Travel to the far west coast of Africa, to a collection of rugged volcanic islands known for their breathtaking landscapes, lush vegetation and beautiful beaches. Then scroll down for our collection of printable activities to use with the kids. 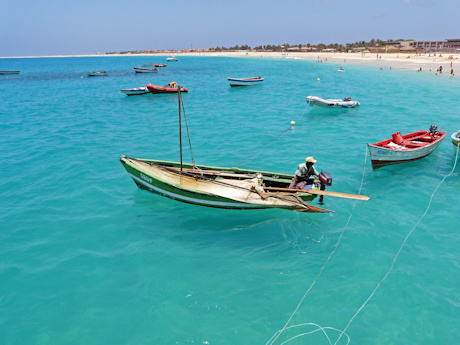 This island nation was named after Cap Vert (the Green Cape) – the westernmost point of continental Africa. The islands themselves were discovered in 1460 by the Portuguese explorers Diogo Gomes and António da Noli.

The first settlement was founded in 1462 on the island of Santiago, which soon became an important trading centre for slaves sent to the Americas.

Although a Portuguese colony for over 500 years, Cape Verde became independent in 1975. However, it was a joint country with Guinea-Bissau until 1980.

Today, a stable political and economic system sees a president elected every five years, and a prime minister as the head of government.

Cape Verde’s flag features a circle of ten gold stars, representing the main islands. The dark blue background symbolises the Atlantic Ocean, and the white and red stripes are said to represent the road to economic progress.

Over 3,000 loggerhead turtles visit Cape Verde’s beaches each year to nest and lay their eggs. The islands have become a popular tourist destination for those keen to see these rare and endangered creatures in the wild.

Cape Verde is also famous for its traditional morna music, a type of Blues often sung in Creole. 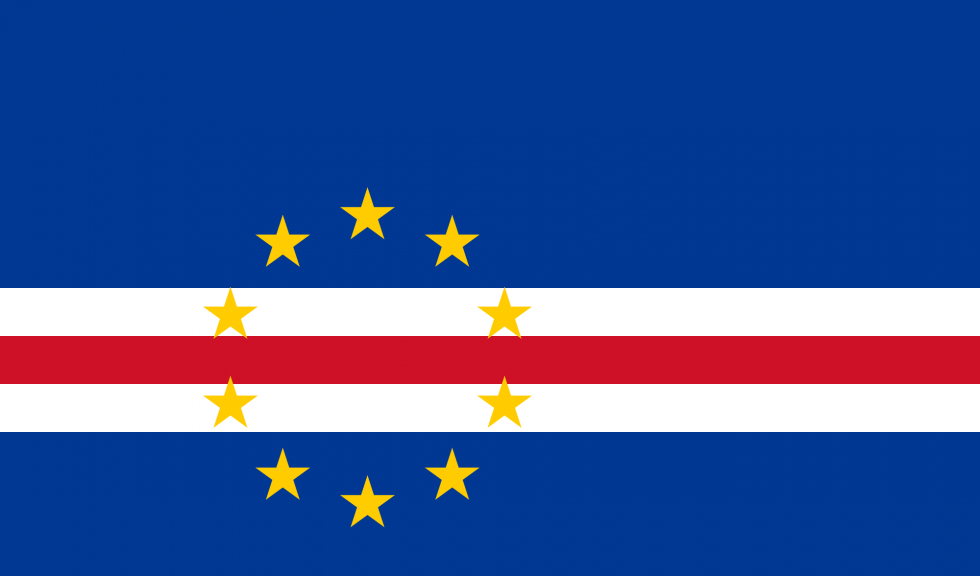 The Cape Verde flag has two large blue horizontal stripes, with thin horizontal white and red stripes through the centre. The gold stars represent the ten islands of the country. The flag was officially adopted on February 25, 1992. 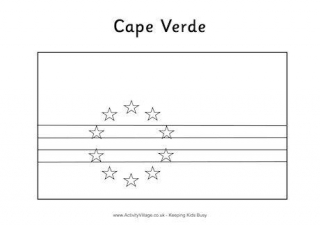 Here is the flag of Cape Verde, ready to print and colour. 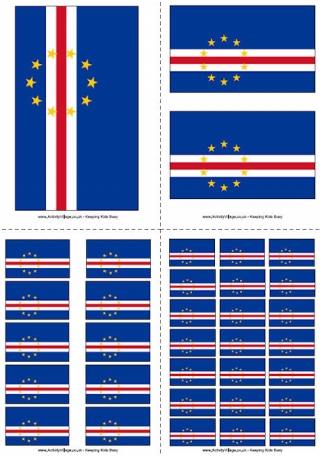 When you need a Cape Verde flag to print, we have one for you! In fact, there are four different sizes to choose from in the PDF below.