Travel with us to Central Africa, to Chad - a land-locked country of dry deserts, arid plains, mountainous peaks and fertile farmland. But after years of fighting, Chad remains one of Africa’s poorest nations. Our printable resources below are a good way to find out more and test your knowledge. 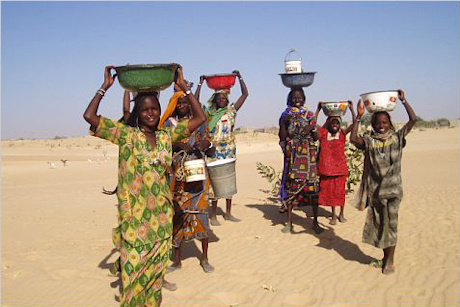 The flag of Chad consists of two colours from the French Tricolore (red and blue), and two Pan African colours (red and yellow). It was first adopted on the 6th November, 1959. 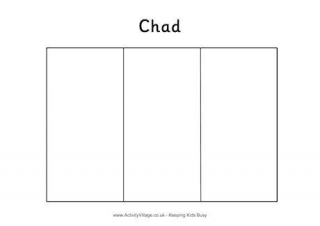 Colouring the flag of Chad! You will need dark blue, yellow, and red pencils. 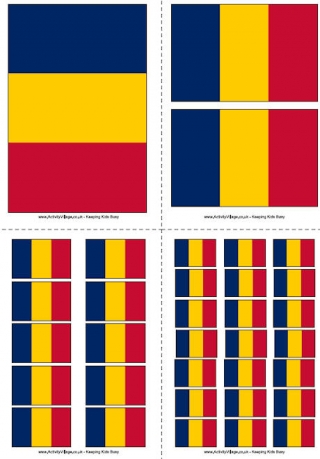 The Chad flag is dark blue, yellow and red. Here it is in four different sizes, ready for you to print. 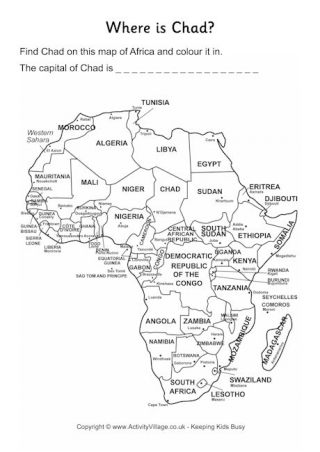 Use this location worksheet to help children find and remember Chad's location within Africa, and its capital city. 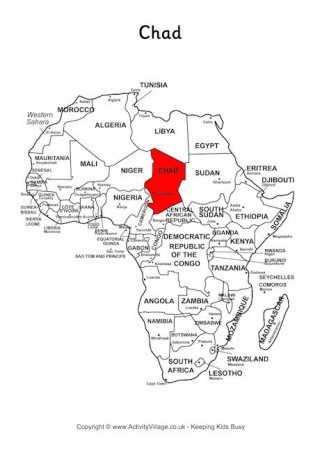 We've marked the position of Chad in red so that kids can clearly see where it falls on a simplified map of Africa, and also work out who its neighbours are. 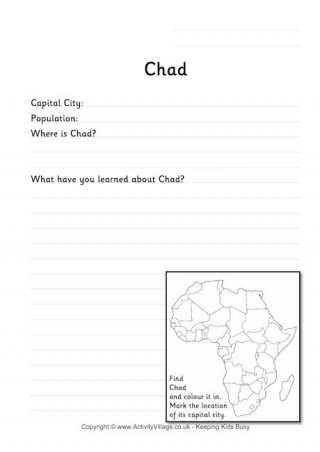 If you are learning about Chad, this simple worksheet might be a good place to start with the kids.