Who Was Charles Dickens?

Charles Dickens (1812-1870) is one of the most prolific writers of all time and possibly the most famous author of Victorian Britain.

Dickens was born in Portsmouth and left school young, when his father was thrown in to debtors prison and he needed to financially support the family.  Many of Dicken's stories covered the realities of poverty and life for the working classes and reflected his own early life. What Did Charles Dickens Write?

Most of his novels were published in serial form meaning that they were accessible to poorer people, who would pay a contribution to hear them read.

Many of the most famous literary characters come from Dicken's stories; Scrooge, Fagin, Miss Havisham, Mr Micawber and many more.

“Reflect upon your present blessings -- of which every man has many -- not on your past misfortunes, of which all men have some.”
Charles Dickens, A Christmas Carol and Other Christmas Writings

Charles Dickens was born on 7th February, and that's a great excuse to celebrate his birthday by finding out a little about him and enjoying some of his stories! 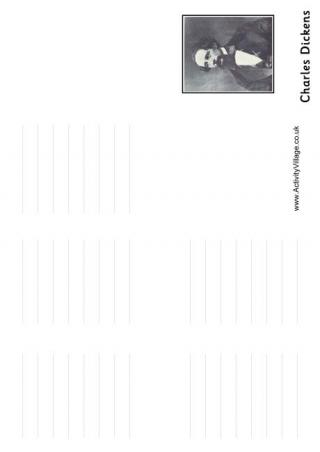 Print and fold this little booklet, ready to fill with the results of your Dickens research. 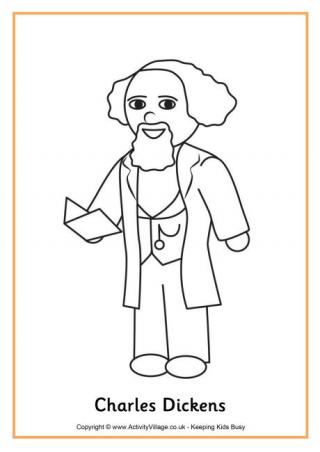 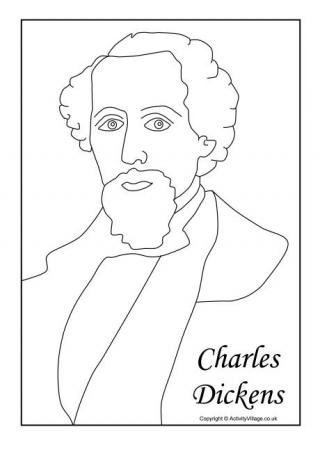 A portrait colouring page of Charles Dickens, for older children. 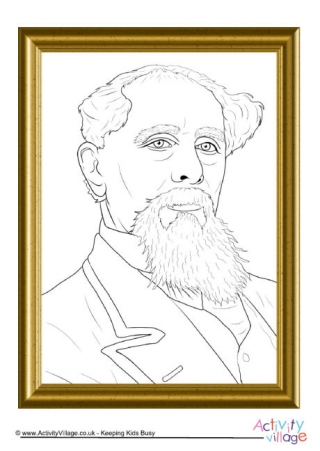 Colour in an older Charles Dickens, looking very stately, complete with gilt frame. It's fun to cut out the complete picture and hang him up on display - your own famous writer's portrait gallery! 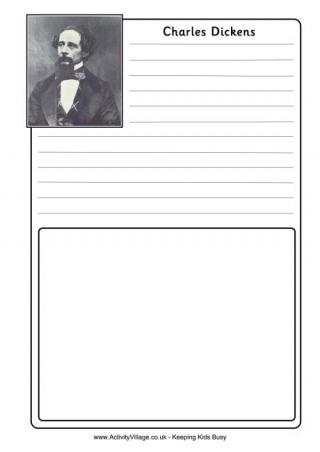 Record your work on Charles Dickens on one of our notebooking pages. Here's a fun "portrait" style colouring page of Charles Dickens in later years, looking very grand and distinguished and well -dressed, like the celebrity he was! 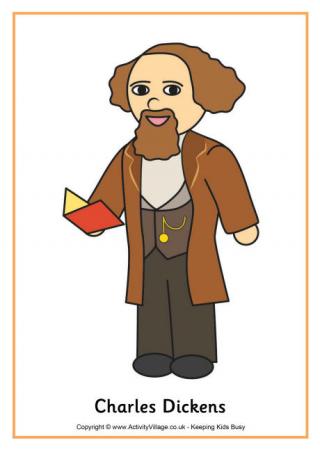 Decorate the classroom with this Charles Dickens poster, or use it as the front page for a Dickens project, perhaps. Find out some facts about Charles Dickens, and think about what you would talk about if you were able to meet... 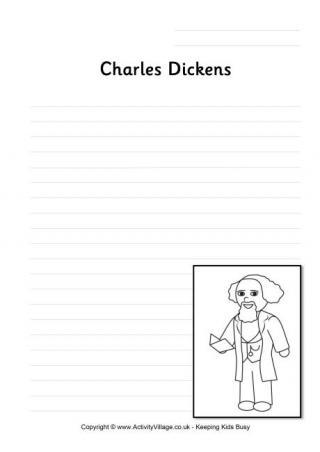 Write about Charles Dickens with this printable sheet. 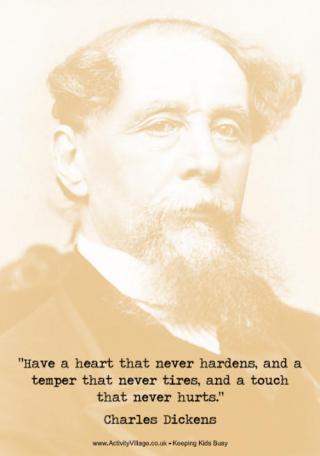 This lovely quote by Charles Dickens is displayed on a poster showing Dickens in New York towards the end of his life. "Have a heart that never hardens, a temper that never tires, and a touch that never hurts." 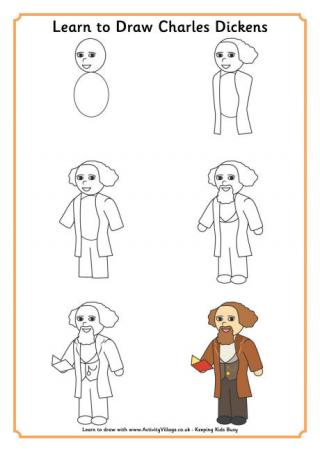 Just for fun, learn how to draw Charles Dickens with our step by step tutorial! 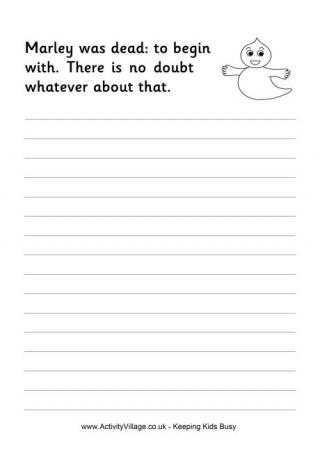 Try this Charles Dickens story starter, borrowing the opening lines from A Christmas Carol. "Marley was dead: to begin with. There is no double whatever about that...." Here's a worksheet which asks children to continue writing with the opening lines from David Copperfield - quick tricky!

"Whether I shall turn out to be the hero of my own life, or whether that station will be held by anybody else, these pages must show." And of course here's one of the most famous story starter opening lines of all, from A Tale of Two Cities!