Take a quick tour around Chile with us, and learn some interesting facts about the country's geography, history and culture. Then scroll down for a complete set of our flag printables featuring the Chilean flag. 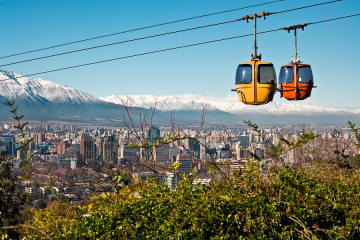 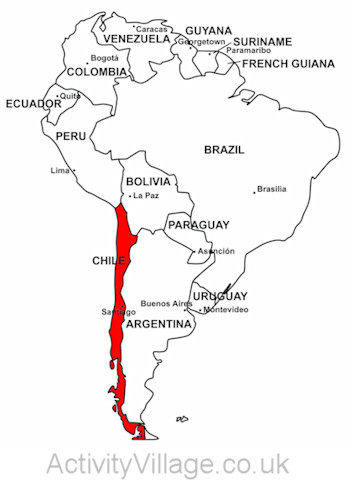 Map of Chile within South America. You can print the map here. 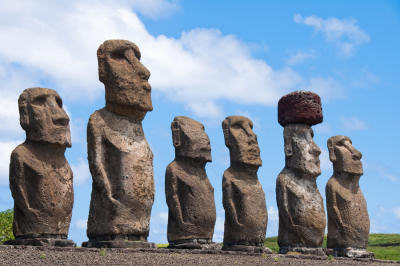 Just some of the moais (statues) at Easter Island, Chile

The National flag of Chile consists of two unequal red and white stripes and a blue square in the top left corner, containing a 5-pointed white star. The star is known in Spanish as La Estrella Solitaria (The Lone Star). According to the poem La Araucana the colours come from the flag flown by the Mapuche during the Arauco war.  Flag day is held on July 9th to commemorate the 77 soldiers who died in the Battle of La Concepcion in 1882. 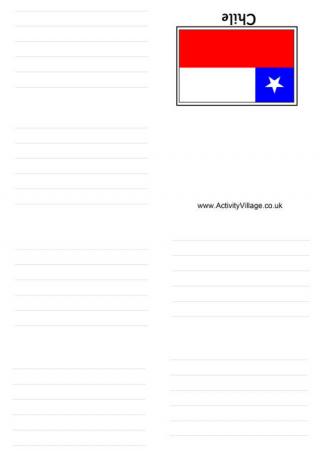 Turn a flat piece of paper into a pocket sized booklet, perfect for storing facts about Chile! Instructions for folding the booklet are here. 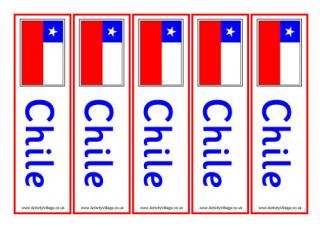 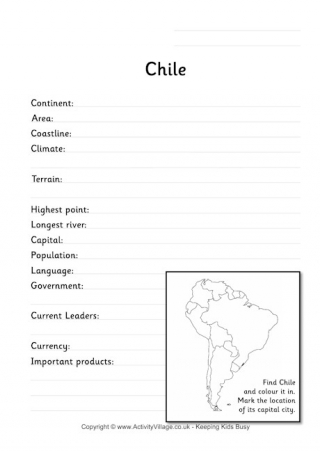 Find out some facts about Chile, with this prompting worksheet. 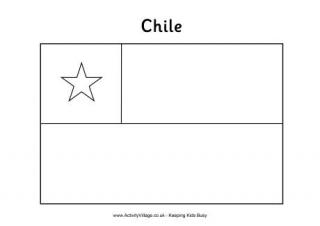 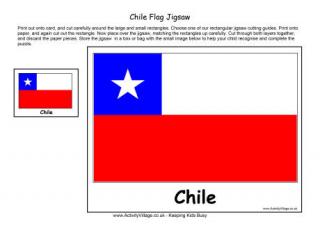 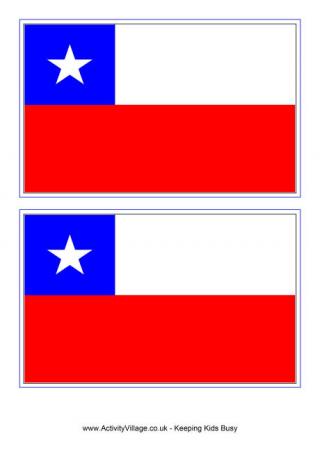 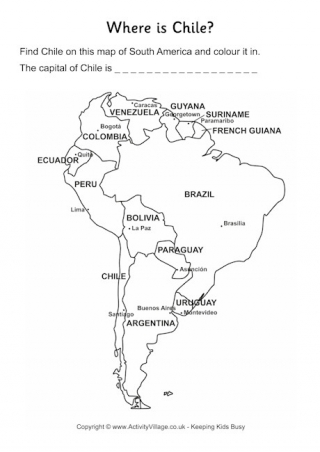 We have two location worksheets for Chile. The guided worksheet is aimed at younger children and includes the country and capital city names for the continent of South America. The blank map leaves it to the children to identify Chile and mark the location of Santiago. 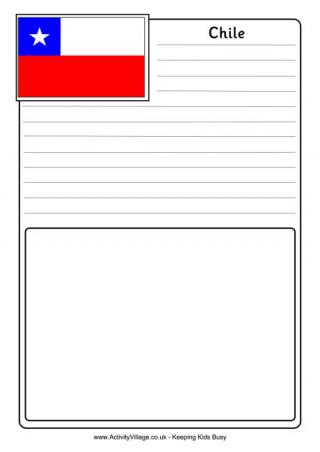 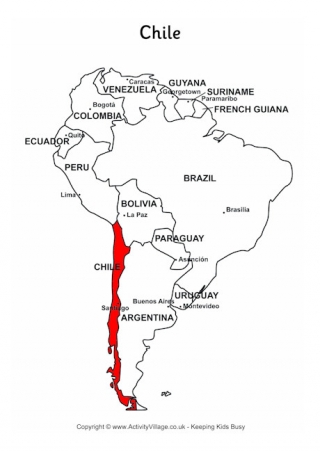 This outline map of South America shows Chile's position in red, and gives the kids an idea of just what a "long, thin" country it is, and how much the climate can vary between north and south! 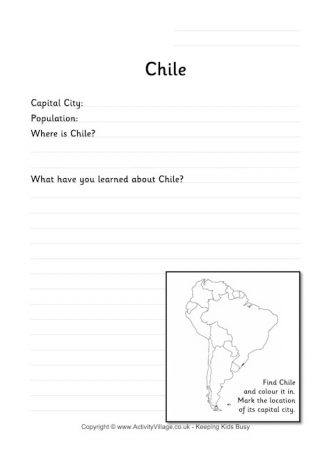 Back up the kids' research on Chile with this simple fact-finding worksheet, with space for the children to write what they have learned.