The smell of these baking will definitely bring Christmas to mind! There is no yeast involved in these cinnamon "bread" stars, which are similar to scones. 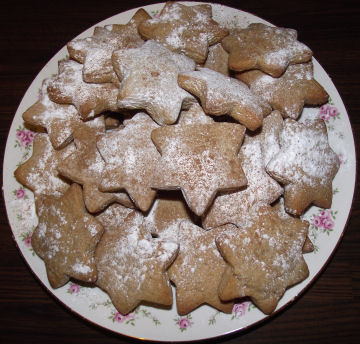 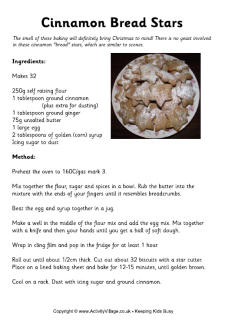 Mix together the flour, sugar and spices in a bowl. Rub the butter into the mixture with the ends of your fingers until it resembles breadcrumbs.

Beat the egg and syrup together in a jug.

Make a well in the middle of the flour mix and add the egg mix. Mix together with a knife and then your hands until you get a ball of soft dough.

Wrap in cling film and pop in the fridge for at least 1 hour.

Roll out until about 1/2cm thick. Cut out about 32 biscuits with a star cutter. Place on a lined baking sheet and bake for 12-15 minutes, until golden brown.

Cool on a rack. Dust with icing sugar and ground cinnamon. 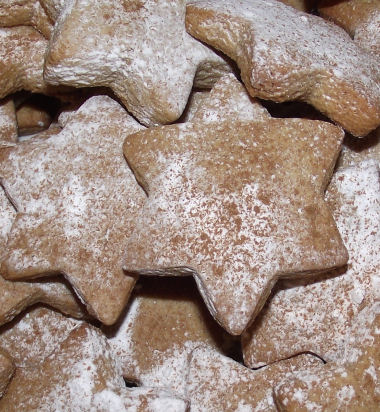 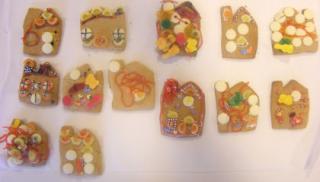 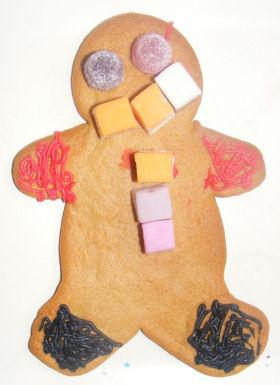 Gingerbread men are fun to make, decorate and eat - and they make the house smell deliciously Christmassy too, to there's no excuse not to have a go! 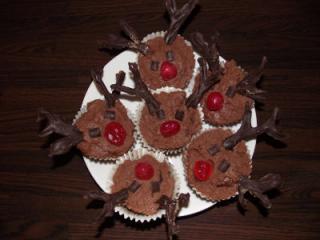