Take a trip to the Indian Ocean, to a group of volcanic islands that form the tiny country of Comoros – also known as the ‘perfume islands’ for their abundance of flowers and spices. Then explore our printable resources below. 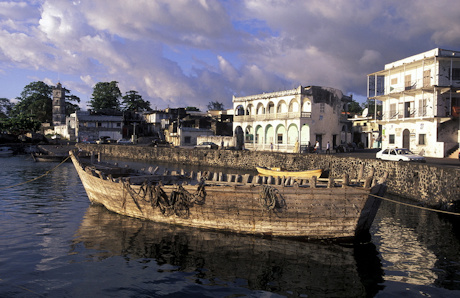 The islands of Comoros are found between northern Madagascar and Africa. Comoros is one of the world’s smallest countries with an area of 1,862 square kilometres.

The country has three islands: Grande Comore, Mohéli and Anjouan. A fourth island, Mayotte, is still under French rule. The capital, Moroni, is found on the island of Grande Comore.

The islands are blessed with beautiful beaches, tropical forests and mountains. The highest peak is Le Karthala at 2,360 metres on Grande Comore. This active volcano had a minor eruption in 2006.

Nearly 800,000 people live on the islands. There are different ethnic groups, but the official languages are French, Arabic and Shikomoro (Comorian).

Most people work in fishing, farming or forestry, but many leave Comoros to work elsewhere and send money back to their families. Natural resources are in short supply, but perfume essences and vanilla are important exports. 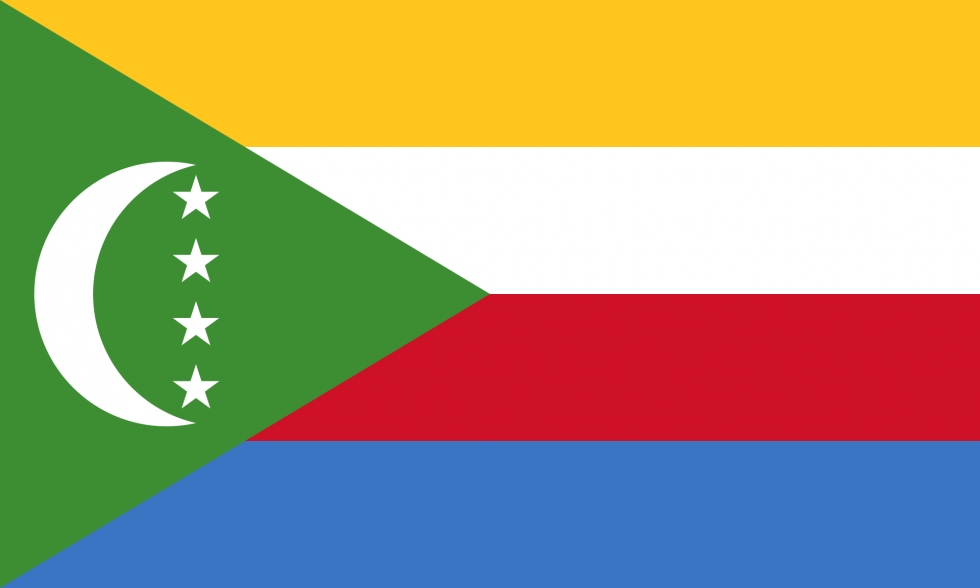 The flag of Comoros consists of a white crescent with four white five-pointed stars inside of a green triangle, and four horizontal stripes in yellow, white, red and blue, representing four islands of the nation. It was officially adopted on January 7, 2002. 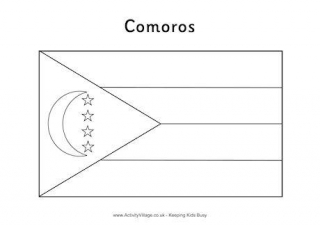 Colour in the flag of Comoros, which dates to 2002.The stripes are yellow, white, red and blue starting from the top, and the background of the triangle is dark green. 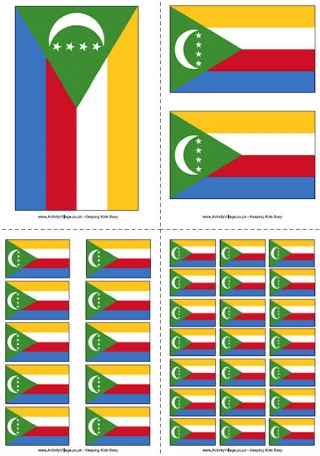 Here is the flag of Comoros, ready to print out. Choose from four different sizes.