Travel to west-central Africa to a hot and humid land of rainforests, swamps, mountains and savannas. With the Congo River bordering its eastern side, this oil-rich nation is also home to an abundance of wildlife, but political instability has paid a price. Our printable resources below can help to test your findings. 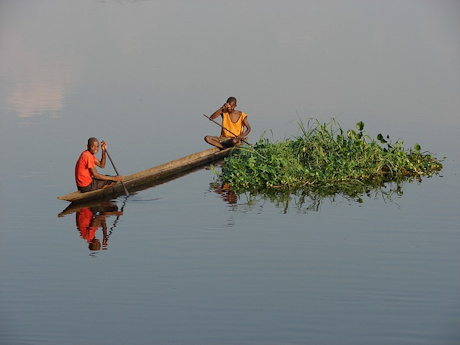 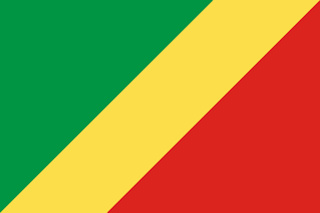 The national flag of the Republic of the Congo has a central yellow diagonal band with a green triangle above and a red triangle below. The green represents the agriculture and forests of the Congo, and the yellow represents "friendship and nobility". 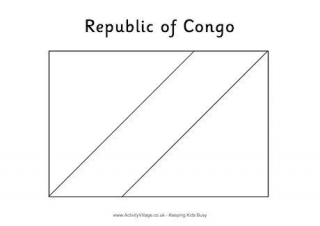 Here is a colouring page for the Congo flag. Grab your red, green and yellow pencils and turn the printer on! 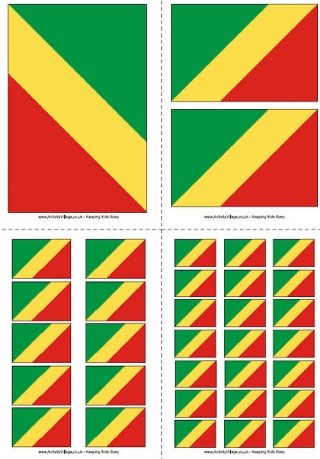 There are four pages in this printable, each with a different size of Congo flag on it, ranging from one large flag on a page to 21 tiny ones... 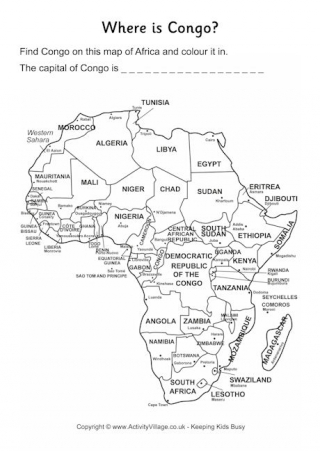 Can the children find where Congo is on this map of Africa, then colour it in (and can they remember the name of the capital city too?). We have two versions, one with other African countries labelled, and one with a blank map of Africa for an extra challenge. 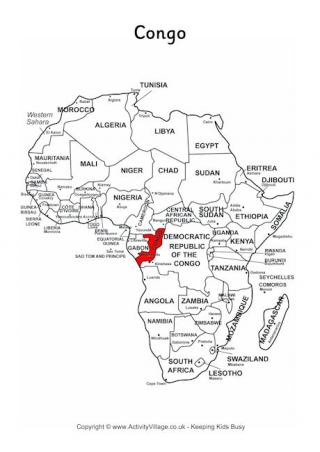 This useful printable shows where the Congo is located on a map of Africa, with all other African countries labeled too. 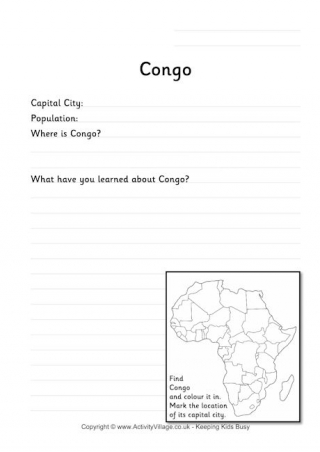 This worksheet is great for the kids to record some information they have learned about the Congo. There are a couple of fact-finding questions, space to write about what they have learned and a map where they can show the location of the country and capital city.