Would you like to visit the Cook Islands? I would! Instead I will have to make do with learning a little about them, and printing out our useful collection of flag printables and flag colouring page! 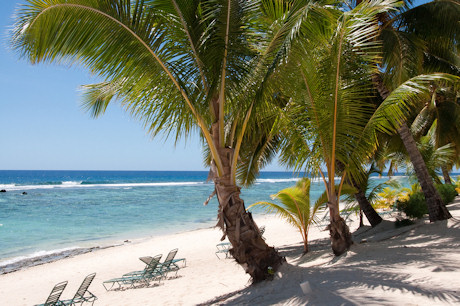 James Cook named the Cook Islands, having visited in 1773 and 1777 - but he named them the Hervey Islands! It wasn't until 1820 that they were referred to as the Cook Islands in his honour.

There are fifteen islands in total, and most of the population live on Rarotonga, where there is an airport.

The Cook Islands became a British protectorate in 1888 and were annexed by New Zealand in 1901. The islands are now self governing, in "free association" with New Zealand.

About the Cook Islands Flag

The Cook Islands flag is another with the Union flag at the top left corner and a royal blue field. The fifteen white stars in a circle represent the fifteen  islands. 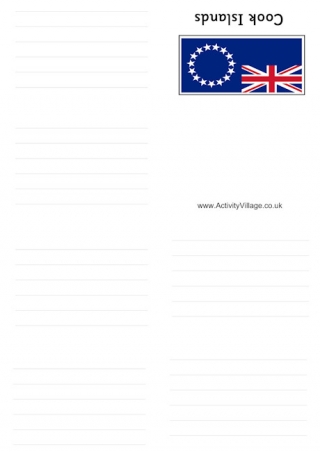 Our little flag booklets are perfect for storing facts and pictures, and tuck easily into a pocket! Build up a whole library while you learn about the different countries of the world - this time the Cook Islands! 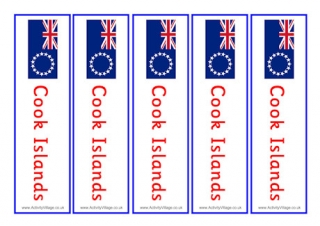 Print out these Cook Islands bookmarks for patriotic events! We have two sets to colour, and two in colour already. 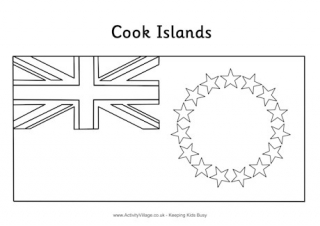 Print and colour in the flag of the Cook Islands. The kids will need red and blue... 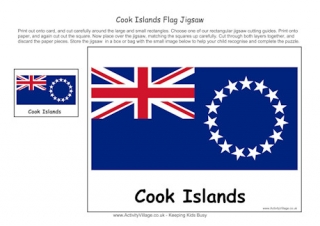 This Cook Islands flag jigsaw takes moments to make (use our cutting guides to help) and can be enjoyed over and over again. 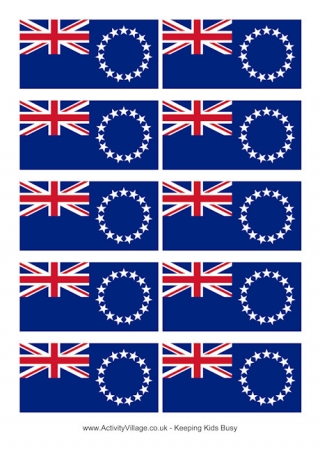 We have four different sizes of the Cook Islands flag for you to print out and use in your crafty or school projects. 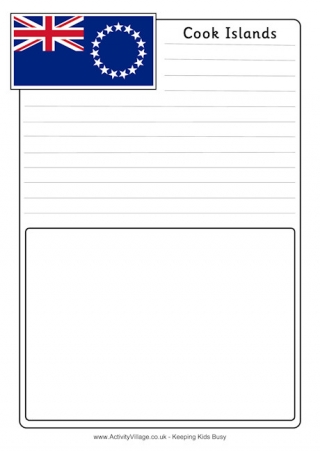 Write about the Cook Islands using our notebooking paper. Version 1 has space for picture or map, too.