Enjoy some interesting facts about Costa Rica! and when you are done, scroll to the bottom of the page to find our colouring flag and useful flag printables - including bookmarks, booklet, notebooking page and jigsaw! 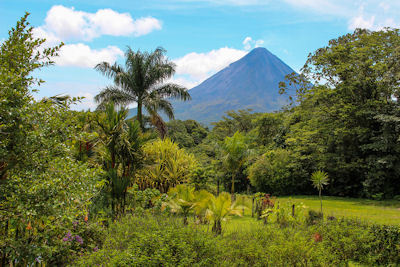 About the Costa Rica Flag

The flag of Costa Rica features five stripes - blue, white, red, white, blue, with the coat of arms of the Republic of Costa Rica on the central, wider, red stripe. 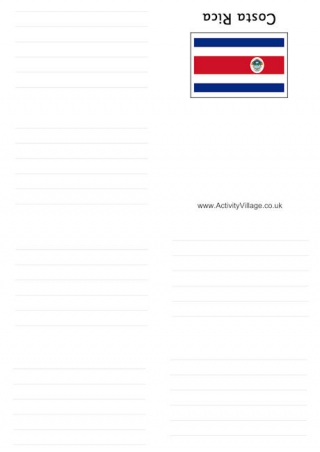 Print and fold this little booklet - featuring the Costa Rica flag - and use it to store interesting facts about the country. You will need our origami booklet instructions. 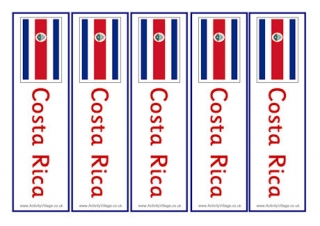 We have four variations of Costa Rica bookmarks here, to print and distribute, all featuring the Costa Rican flag. 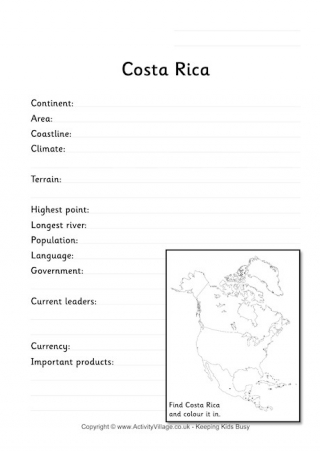 Find out the answers to our fact-finding prompts and you will soon know a little something about Costa Rica! 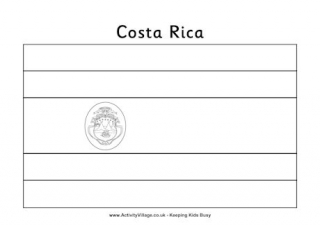 There's a lot of detail on the Costa Rica coat of arms, which sits in the central red stripe of the Costa Rica flag. You will need to do some very careful colouring in on this flag colouring page! 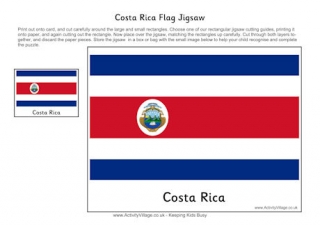 Here's a fun way to learn the Costa Rica flag - print out this little jigsaw! It's easy to cut out with our cutting guides and simple instructions. 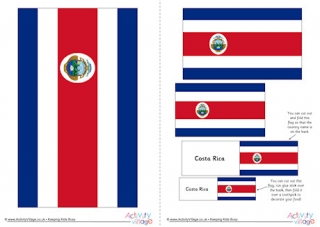 You can print the Costa Rica flag out here in 5 different sizes with our download - from nearly full page to very tiny indeed! We think you will find lots of uses for the flags, from bunting through to cupcake toppers! 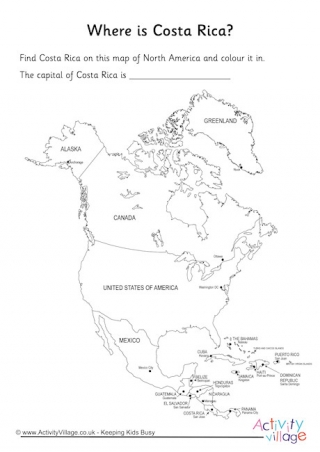 Where is Costa Rica? Put it into context on our outline map of North America with these location worksheets. Choose from guided and blank. 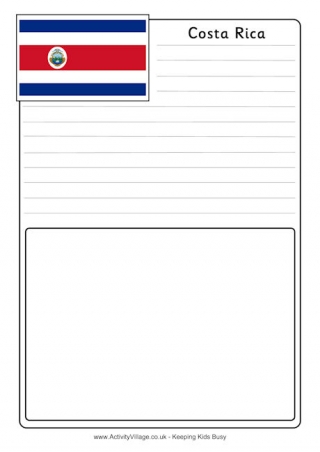 Choose from one of our notebooking pages featuring the Costa Rica flag. They are useful for storing what you've learn about the country. Page 1 gives you space to draw a map or picture too. 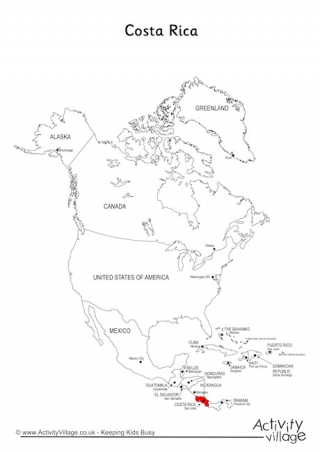 We've picked Costa Rica out in red on our outline map of North America. Children can see its size and its location, as well as its neighbours. 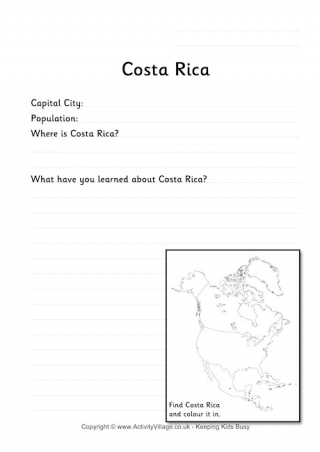 What have the kids learned about Costa Rica? Find out with this simple worksheet.