This challenging set of dominoes cards tests your children's knowledge of the world's countries, cities, rivers and oceans. Play as a game or as a solo challenge. Either way, see if the kids can match up the cards correctly. They may want to keep an atlas to hand! 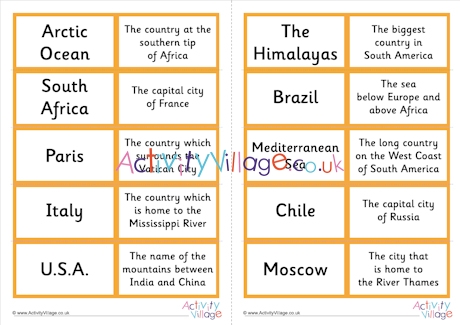 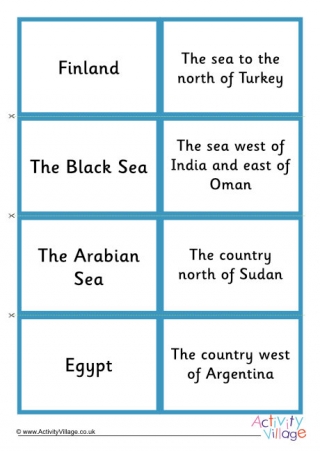 Do you know which ocean lies to the south of India, and which country lies north of Switzerland? No? Well, grab an atlas and challenge yourself to find out, then put these printable dominoes together correctly. We've also provided an answer sheet just in case you get stuck. 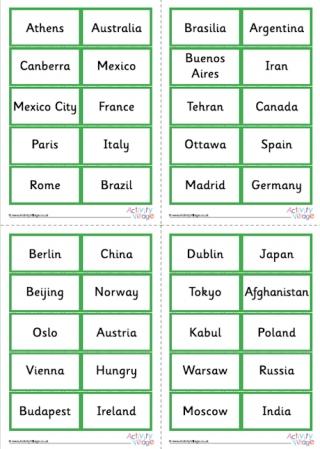 Play a dominoes game or a solo challenge, matching the capital cities with their countries, with this set of dominoes cards. Just print and cut out, making sure that you only cut on the horizontal dotted lines. 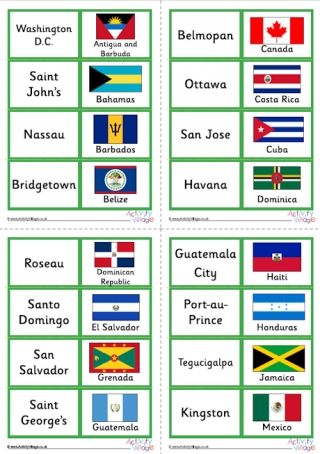 Help the kids learn the names of the countries and capital cities of North America, as well as the country flags, with this collection of dominoes games. Play with 2 or 3 players by dealing out the cards, or just play solo and see if you can match them all up!