Find out something about Croatia and enjoy our flag printables - including jigsaw, bookmarks, colouring page and notebooking pages! 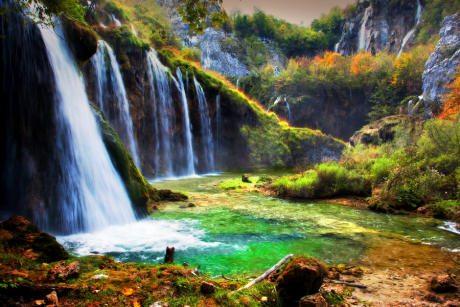 About the Croatian Flag 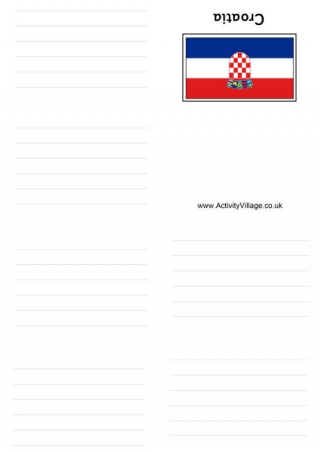 Print and fold this little booklet featuring a Croatian flag - it's a fun place to store what you've learned about the country! Folding instructions here. 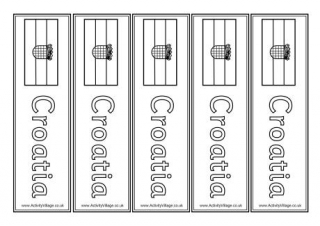 Print out these Croatia bookmarks when learning about the country, perhaps... we have four versions to choose from. 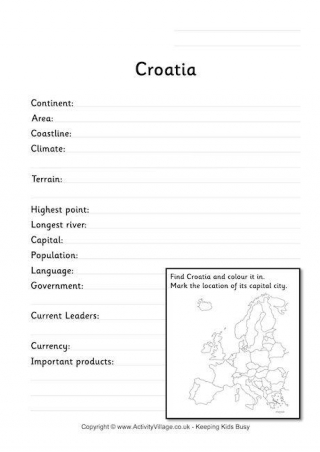 Find out some facts about Croatia to fill in this worksheet, and then have a go at locating it on our map of Europe. 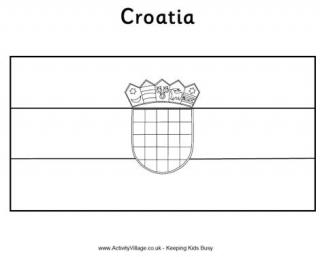 Here's a Croatian flag colouring page for kids - just click on the link below to download a high quality pdf version or use the jpg below. 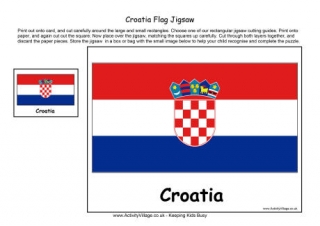 Commit the flag of Croatia to memory by having a go at this printable jigsaw. Just follow our easy instructions. 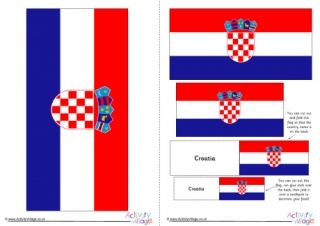 Print out the Croatia flag in five different sizes! Including a large flag to wave and a small buting or card size flag. 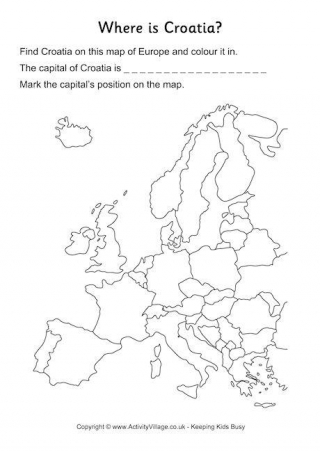 Use this location worksheet to help children find and remember Croatia's location within Europe, and its capital city. The guided worksheet includes country names and are suitable for younger children. 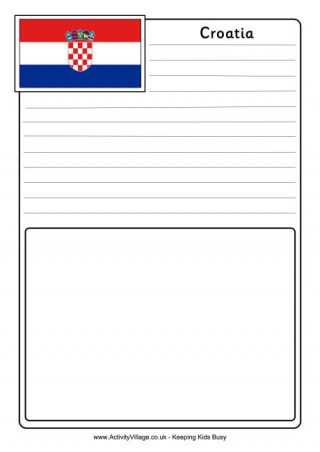 Here are two notebooking pages - one with space for drawing and one lined throughout - featuring the flag of Croatia. 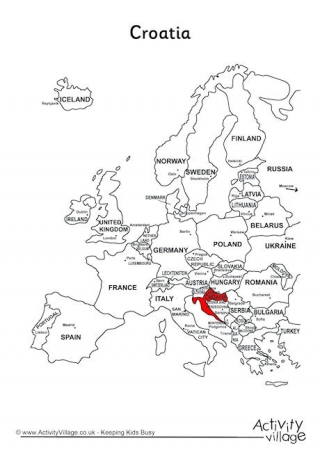 We've marked the position of Croatia in red so that kids can clearly see where it falls on a simplified map of Europe, and also work out who its neighbours are. 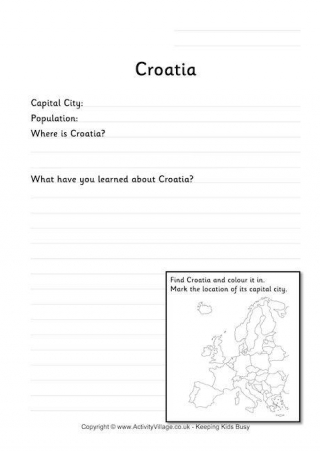 If you are learning about Croatia, or about to head to their on your holidays, this simple worksheet might be a good place to start with the kids.