Learn a little about Cuba and then print out our collection of printable activities, based around the Cuban flag, to reinforce what you have learned. 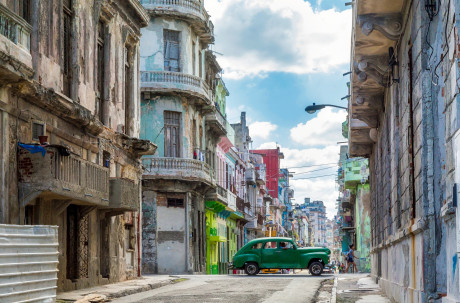 Cuba was originally inhabited by three Amerindian tribes who were farmers, fisherman and hunter-gatherers. Christopher Columbus claimed Cuba for Spain in 1492 and Spanish colonists moved to the island to plant sugar cane and tobacco and other agricultural products. The indigenous people were soon wiped out - many by the diseases the Spaniards brought with them. Slaves from Africa were brought in to work the fields in increasing numbers. By the late 18th Century and 19th Century, Cuba was the world's largest sugar producer with huge numbers of slaves working on the plantations. Slavery wasn't abolished in Cuba until 1886.

In 1959, communist revolutionaries - led by Fidel Castro - took control of the island. Fidel Castro remained in charge until he died in 2008, when his brother, Raul Castro, took over. Since 2008, Cuba has opened up and is encouraging tourism. 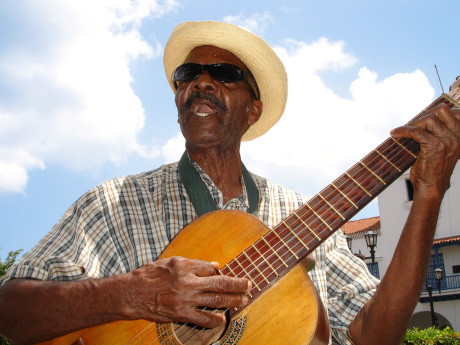 About the Cuban Flag

The national flag of Cuba was first used in 1849. There are 5 horizontal stripes, 3 of navy blue and 2 of white. On the hoist side there is a red triangle with a white star at its centre. 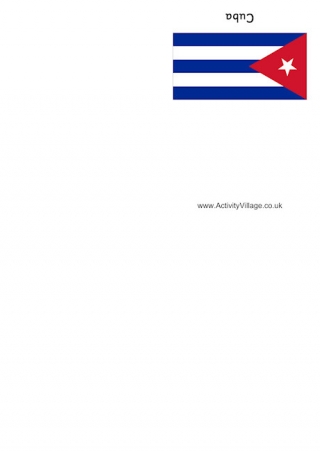 Create a mini booklet all about the country of Cuba, perhaps for a lapbook. Instructions on how to fold the booklets are here. 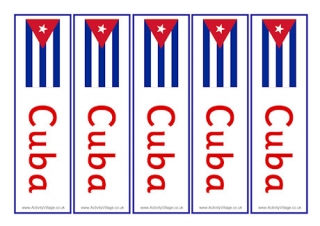 These Cuba bookmarks are great fun for any national holiday. We have colour or black and white versions and each file contains two pages, one with the country names and one without. 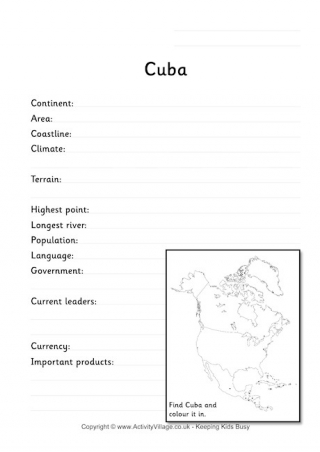 Work your way through this worksheet, finding out the answers to the prompts. It will give you an outline of Cuba and a jumping-off place for your own research. Our Cuba flag jigsaw is a fun way to learn to recognise the Cuban flag. Cutting guides can be found here. 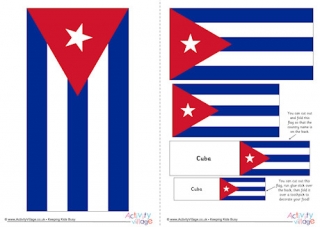 The Cuban flag is very distinctive with its simple design and striking colours. Here is a set of five different sizes that you can print straight away. 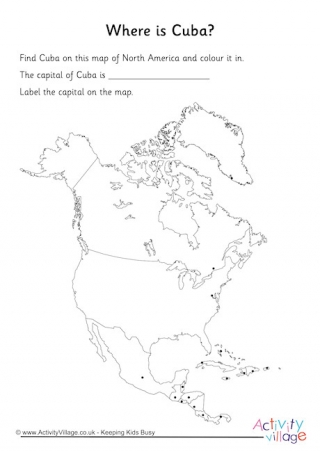 These two worksheets ask chidlren to identify Cuba and its capital on our outline map of North America. Choose from guided (easier) and blank (harder). 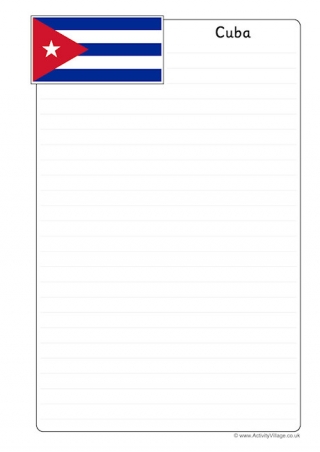 Whether you are researching the history of this fascinating island or planning a holiday you will find these Cuba notebooking pages useful. 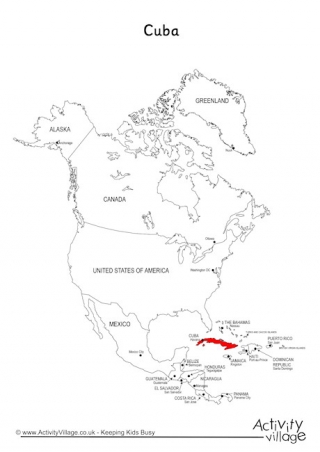 Our simplified outline map of North America shows Cuba picked out in red. Children can compare its size, its position and its neighbours. 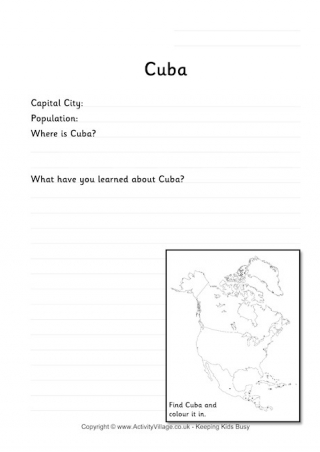 What have the kids learned about Cuba? Find out with this simple worksheet.