Made using simple craft cupboard materials, this delightful Santa Christmas craft is sure to delight kids of all ages! 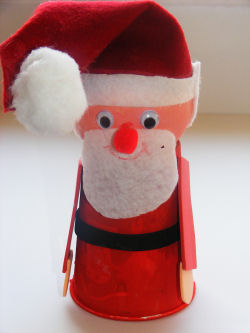 Paint the ball pink and the cup red and leave to dry.Glue the ball to the bottom of the cup.

Cut two arms from red foam and two hands from pink. Glue one hand to the end of each arm and the other ends of the arms to the body.

Cut a strip of black foam and glue it around the middle of the cup as a belt.

Cut a beard from white felt and glue to the front of the face. Add a red pompom nose.

Finally, add two eyes and draw on a mouth. 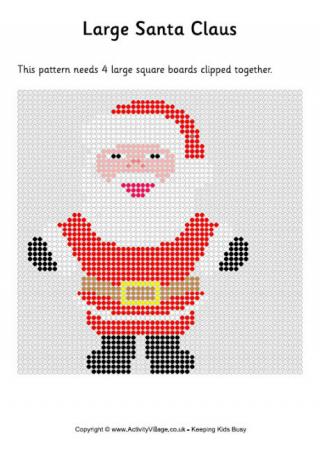 Here's a great Christmas activity for older kids - reproducing our Santa pattern with their fuse beads! You will need 4 large boards and good counting skills to replicate him. 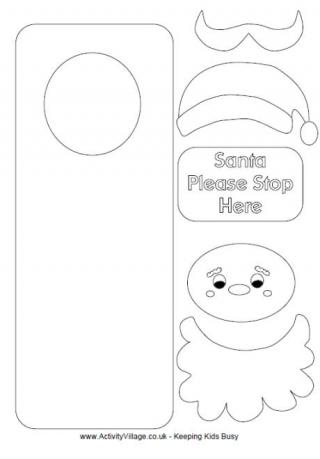 Print and make our Santa Door Hanger to make sure that Santa stops at the right place this year!

We've got 4 different versions to choose from, depending on whether you feel like colouring in and cutting and sticking - or you just want something to put up quickly! 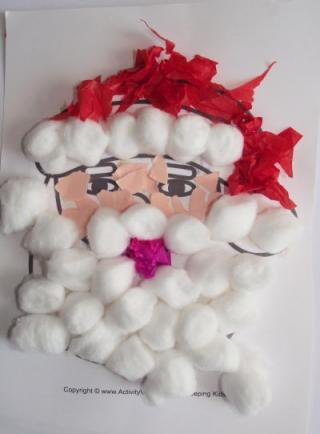 Kids can have ripping and crumpling and sticking to create this Santa face collage - a quick and easy craft for Christmas. Printable included.