We used a variety of Halloween cupcake cases for this Halloween spider web craft and the effect was great - you can see how much fun they look in the window! We also used plain white cupcake cases, which of course looked more realistic, with the added advantage that the spider in the middle of the web is more visible. 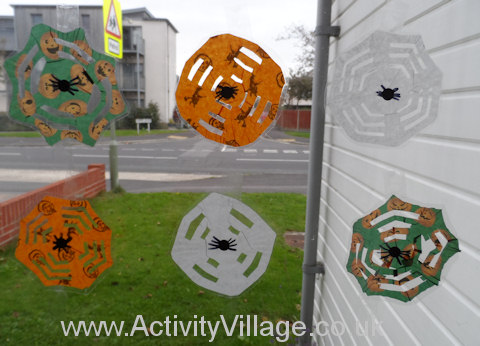 Fold the cupcake case in half.  Then in half again and in half a third time. 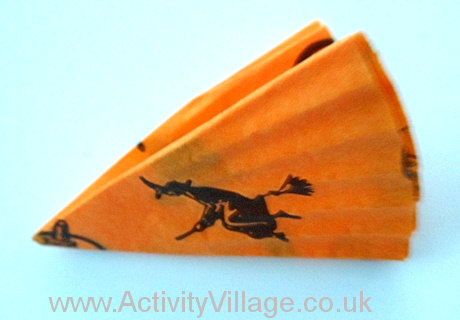 Cut an arch from the outside edge of your folded cupcake case.

Cut thin rectanges from one edge of your folded cupcake case to near the other edge. 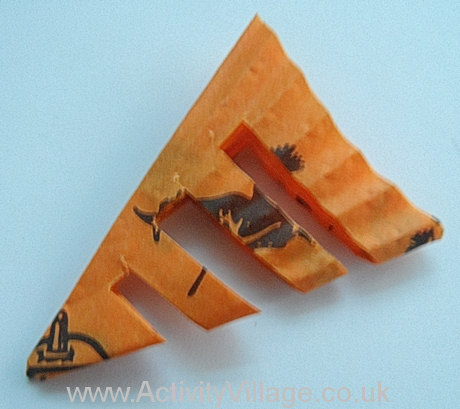 Unfold and you should have a web shape. 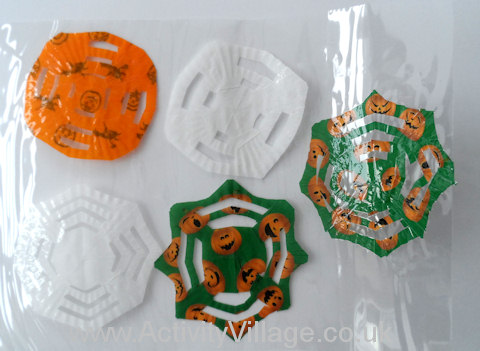 Stick a small black round sticker in the centre of each web to form the spider's body and use the marker to draw on legs. 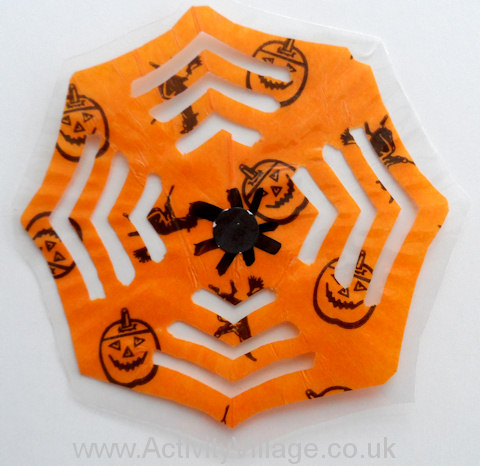 Putting a spider in the centre of the cupcake case web 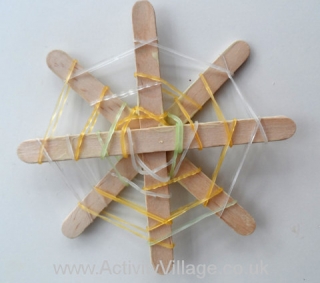 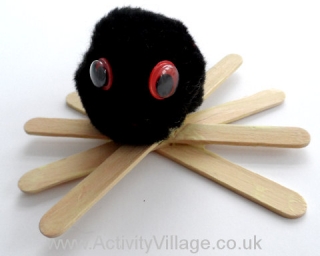 Although this spider's legs might more realistically be painted black, they have a secret power - they glow in the dark! What could be better at Halloween? 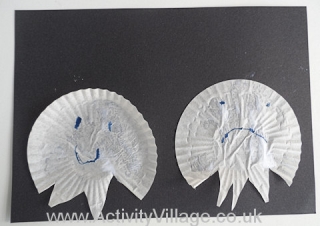 While you are waiting for your Halloween cupcakes to bake, why not have a go at this quick and easy ghost craft!