Learn something about the Czech Republic with the kids and then enjoy our collection of fun (and useful) flag printables. 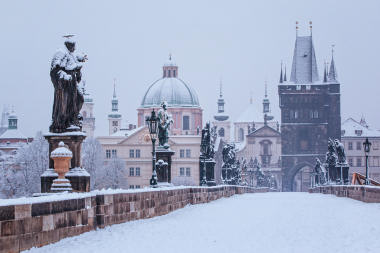 Learn about the Czech Republic

Amongst famous Czechs are the writer Franz Kafka, tennis champion Martina Navratalova and composer Dvorzak. We also have a page where you can learn about the extraordinary Olympic athlete, Emil Zatopek, and enjoy our printable activities about him.

About the Czech Republic Flag

When the Czech and Slovak Republics separated in 1993, the Czech Republic adopted the original flag of Czechoslovakia, whilst the Slovakians adopted a new flag. This flag was originally on the arms of Czechoslovakia and was white over red. This was, however, identical to the flag of Poland, so a blue triangle was added at the hoist. The flag was banned by the Nazis in 1939, but was afterwards restored in 1945. 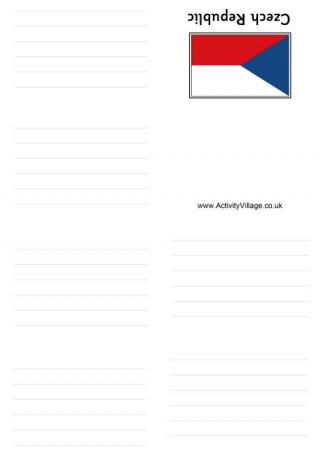 Booklets are a fun way to get children to write about a subject. You can make this Czech Republic booklet by following the origami booklet instructions on the website. 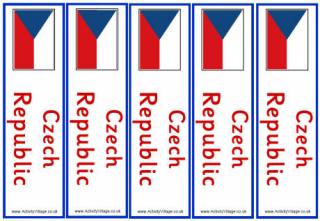 These bookmarks are perfect for handing out to children when studying the Czech Republic. You could print the black and white version and have them colour them in. Other versions with and without the words are available too. 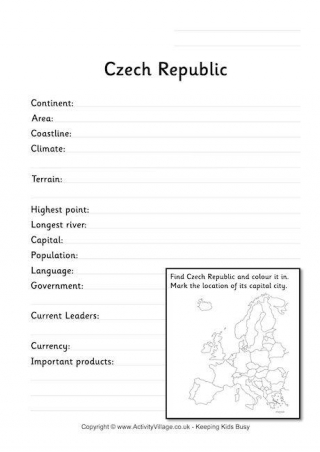 Find out some facts about the Czech Republic and use our fact-finding worksheet to record them! 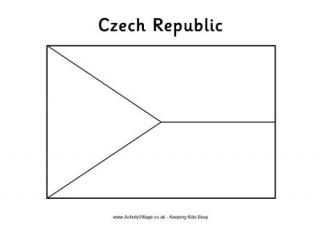 The Czech Republic has a nice simple flag to colour in with interesting shapes to talk about with young children. 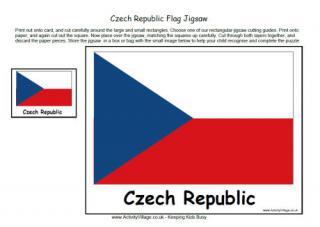 To make this jigsaw of the Czech Republic flag you could cut out the three obvious shapes or choose a cutting guide from the website for something a bit trickier. 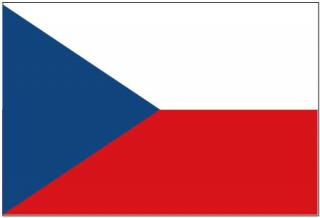 The striking flag of the Czech Republic would look great in a display of European flags. 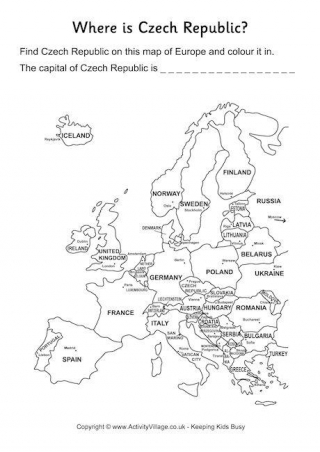 Where is the Czech Republic? Here is an outline map of Europe to use for your location work. 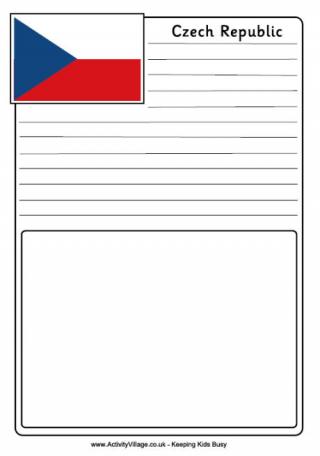 Record your knowledge of the Czech Republic on this specially designed notebooking page. Choose the version with full lines, or take the half blank option if you plan to add a drawing. 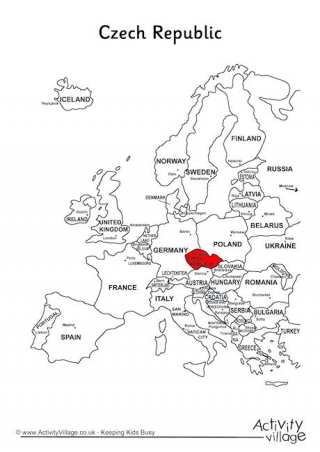 You can see the position of the Czech Republic clearly on our outline map of Europe. It's quick to print and useful for your location work… 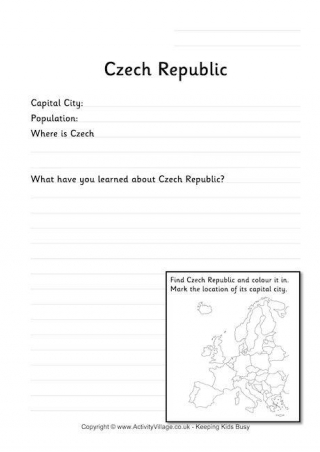 What to do the kids know about the Czech republic? Use this worksheet to find out.