Francis Morgan Ayodélé "Daley" Thompson CBE (1958 - present), is a former decathlete from Great Britain. He won the decathlon gold medal at the Olympic Games in 1980 and 1984, and broke the world record for the event four times.

A decathlon is ten track and field events, and is held over 2 days. Points are scored for each event and then an overall winner is declared. You can watch a video of Daley Thompson's 1984 winning decathlon performance below.

Fun fact: Before becoming a decathlete, Daley Thompson originally wanted to become a footballer. When he gave up his athletic career, he played professional football for Mansfield Town and Stevenage Borough FC.

"Sport fosters many things that are good; teamwork and leadership."
Daley Thompson 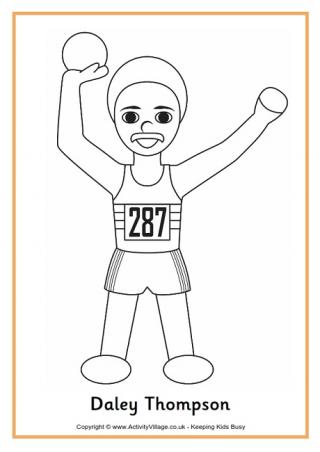 Colour in this picture of Daley Thompson, one of the greatest decathletes of all time! 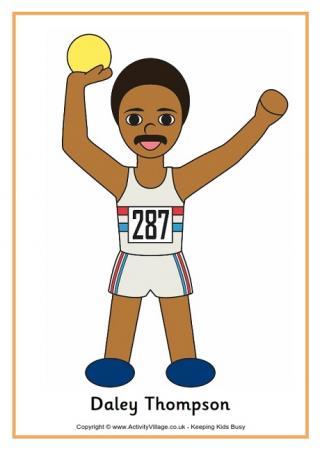 The kids won't remember Daley Thompson, who was twice gold Olympic medal decathlon winner in 1980 and 1984, but he is regarded as one of the greatest decathletes of all time and was always popular with the British public, and has therefore won a place in our "Famous Olympians" secti 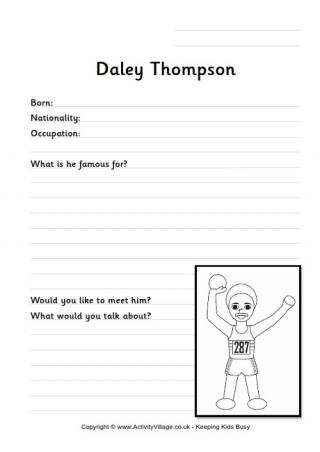 Kids can find out some facts about Daley Thompson, the Olympic medal winning decathlete, and then fill in this fun worksheet. 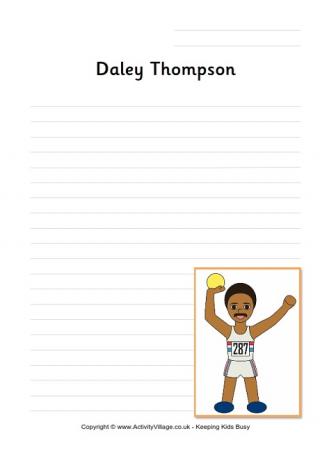 Use this printable writing page for a project on Daley Thompson, Olympic gold medal winner in decathlon. 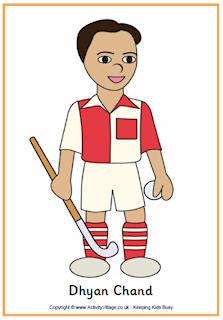