We have tried to sum up a flavour of the time in our decade colouring pages.  We cover the time frame from 1900 - 2000's so these would be a fun way for grandparents and great-grandparents to talk about their childhood. 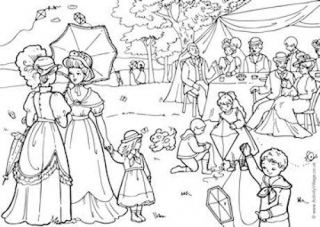 Garden parties on the lawn of country houses were one of the features of the Edwardian era.  Our 1900's garden party colouring page has lots of lovely detail to colour. 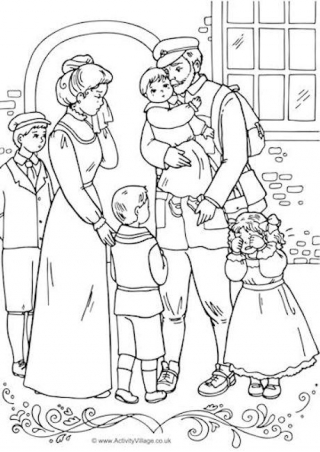 Part of our series of decade colouring pages, this 1910's "away to war" colouring page shows a WWI soldier saying goodbye to his family. 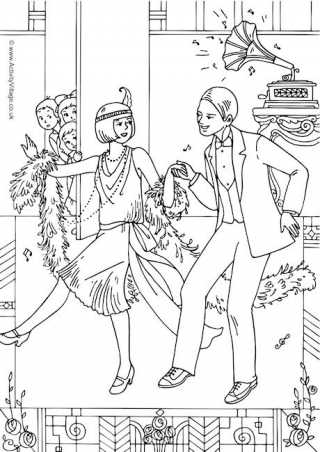 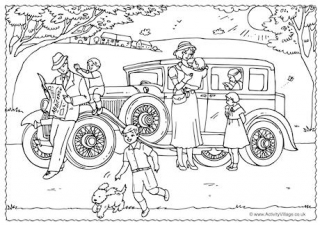 As cars became more widely owned motoring became a popular weekend pastime and our 1930's family is out for a drive and a picnic in this period colouring page. 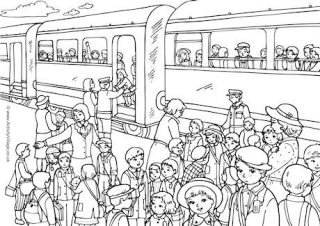 This 1940's Evacuation colouring page captures the bustle of a busy station as children are sent from the cities under threat from bombing in WWII to safety in the country. 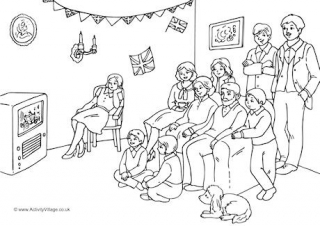 One of the biggest events of the 1950's was the coronation of Elizabeth II, when those people lucky enough to have a television invited friends, family and neighbours around to watch. 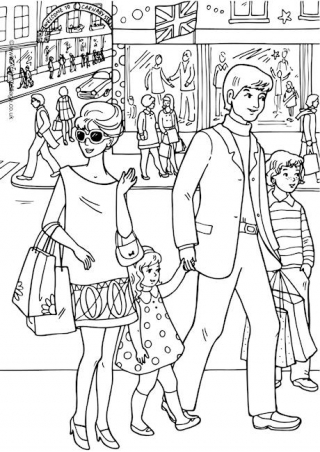 In the 1960's London's Carnaby Street was the height of fashion. Our 1960's colouring page of a family shopping at Carnaby Street shows the fashions of the time. 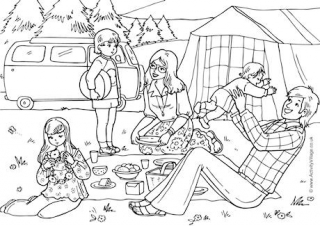 There are lots of period details in our 1970's camping colouring page. This one is sure to be as popular with adults as children, as a reminder of their childhood holidays. 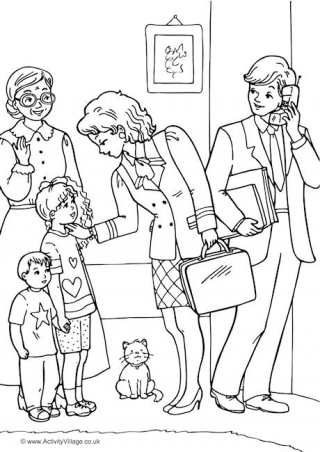 Here are Mum and Dad in their power suits heading off to work in our 1980's 'business' themed colouring page. 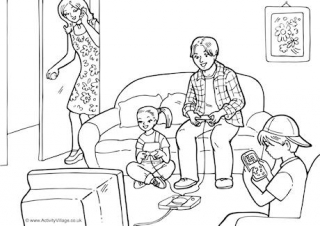 The rise of game consols is the theme of our 1990's colouring page! Get out the colouring pencils and colour this familiar family scene. 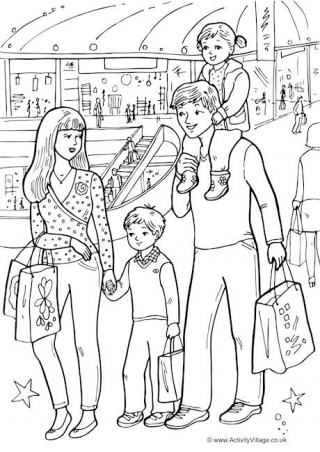 Our 2000's shopping colouring page shows a family enjoying a day out in one of the many new shopping malls that opened in that decade. 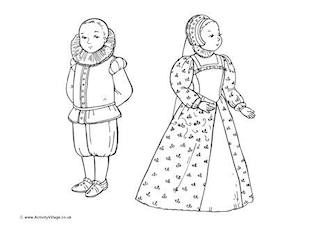