Discover a little about Denmark, one of the oldest monarchies in the world. You can also print out the Danish flag in many different formats, useful for classroom and home. 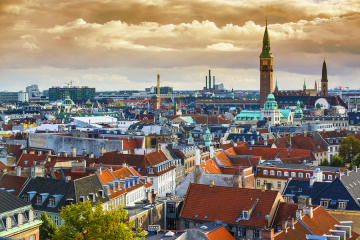 About the Danish Flag

The National flag of Denmark consists of a red field beneath the white cross of Scandinavia, shifted slightly towards the hoist. The white cross, dubbed the ‘cross of Christianity’ was subsequently adopted by all Nordic countries. Did you know that the Danish flag holds the ‘Guiness World Record’ for being the oldest state flag in existence, adopted some time in the 13th century? 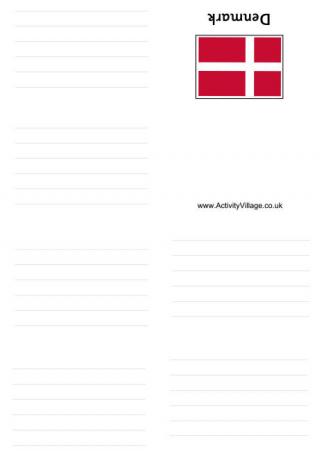 We have booklets for many countries available on the website. This one is for Denmark; just fold and then fill up with information or pictures using these instructions. You could make your own library with a booklet for each country! 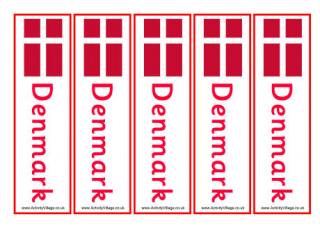 Use these Denmark bookmarks as little prizes in class or give out at the end of a successful studying session! Or use them to mark places in your atlas. There are various versions available to print, in colour or black and white, and with or without words. 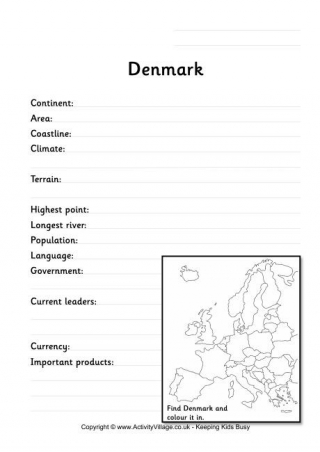 Find out some useful facts about Denmark and practise locations skills with this Denmark fact worksheet. 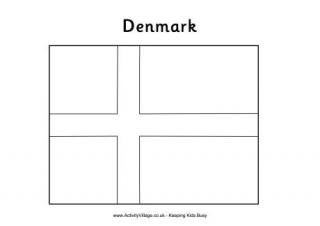 This colouring page of the flag of Denmark would be great fun to do alongside the matching jigsaw. Why not go the whole hog and print some flags to wave too? 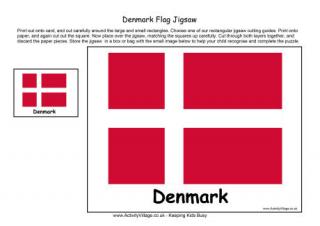 Flag jigsaws are a great way for younger children to get an introduction to geography. Use one of our jigsaw templates to make the flag of Denmark, and then locate it on a globe or map. 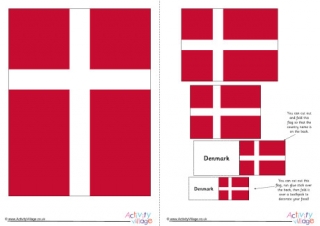 Our flag printables are great for making bunting or to use in your school work. Here's the flag of Denmark, in five different sizes! 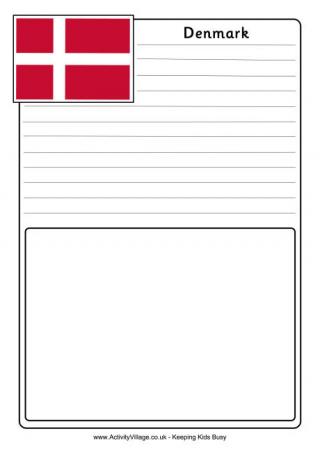 If you are interested in the Kingdom of Denmark, then why not use this notebooking page to record interesting facts. If you don't plan to do any drawing you could print out the lined only version. 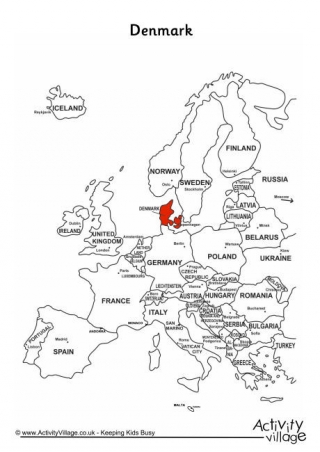 Are the kids learning about Denmark at the moment? Print this map to show its location in the rest of Europe. 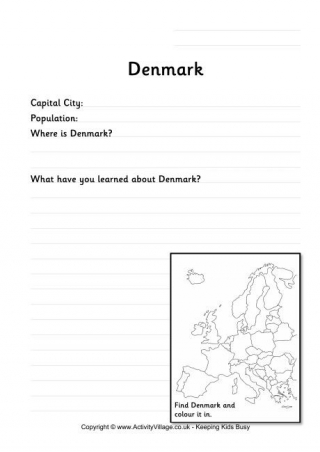 Are you learning about Denmark with the kids? This simple worksheet is a great way to test and record their new knowledge...