Fold your own paper plane version of Bulldog, one of the characters in Disney's Planes, with this printable sheet. 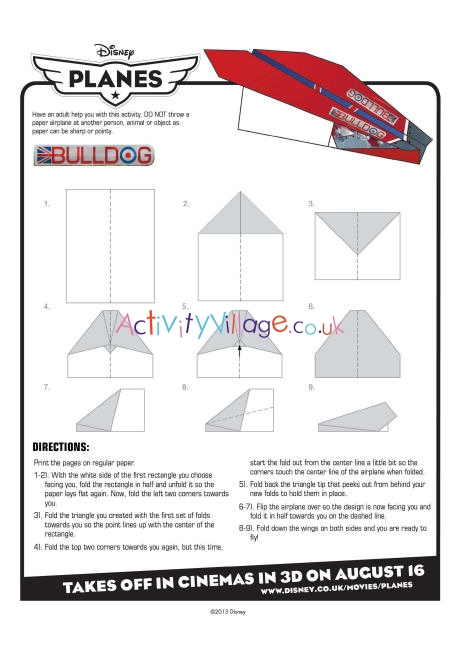 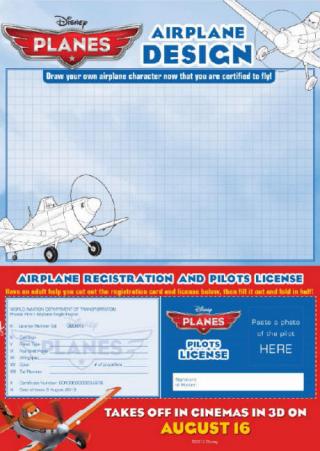 Print out a special Pilot's Licence for your child, who can also use the grid at the top of this printable sheet to design their very own airplane. Fun from Disney's Planes. 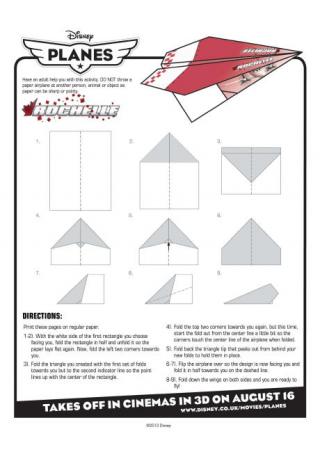 Fold your own paper plane model of Rochelle from Disney's Planes, following the simple origami-style instructions here. You could also decorate your model like the picture. 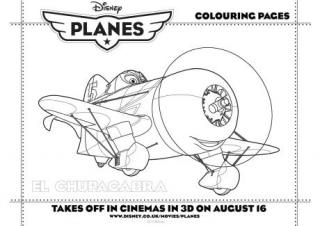 Colour in El Chupacabra from Disney's Planes! No, El Chupacabra isn't a grizzly monster - he's a charming plane, best friend to Dusty, and - according to El Chupacabra himself - a legend in Mexico!

Watch the video below to meet him and find out what colours to use...