Come with us to Djibouti, on the east coast of Africa. It's a hot and dry barren land. Djibouti is a poor nation with few natural resources, limited farmland and very little rain. But it uses its strategic position on the ‘Horn of Africa’ to attract foreign shipping and military activities. Use our printable resources below to test your findings. 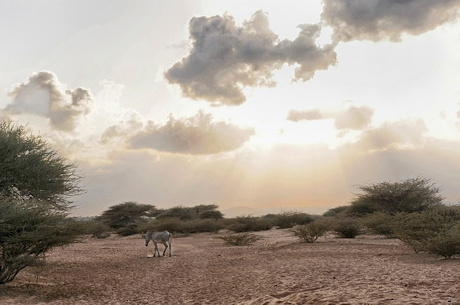 The national flag of Djibouti consists of two horizontal stripes of light blue and light green, and a white triangle with a red star. Blue represents the Issa people, green the Afar people, and the red star symbolises unity. 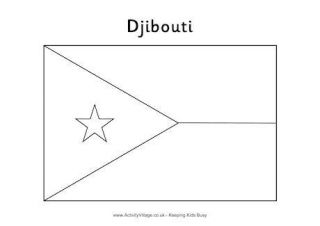 Colour in the flag of Djibouti, with its blue and bright green stripes and red star. 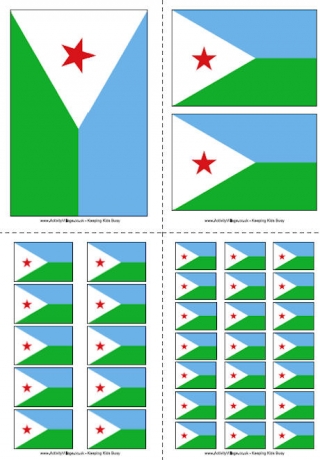 This is the flag for Djibouti in four different printable sizes. Perfect for school projects and displays... 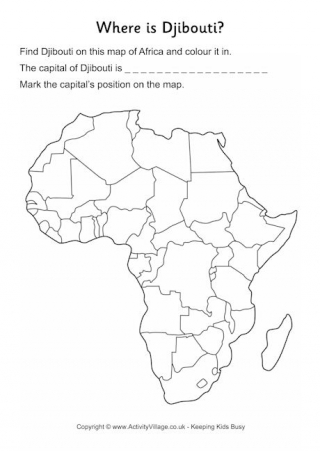 This worksheet asks children to locate Djibouti on a simplified outline map of Africa. The guided version includes country names. Once located, colour it in and write down the capital city. 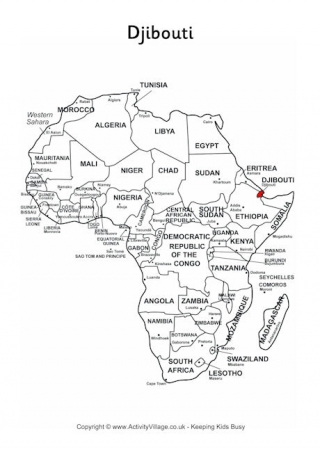 We've marked Djibouti in red on our simplified map of Africa – useful for helping kids locate it and discover its neighbours. 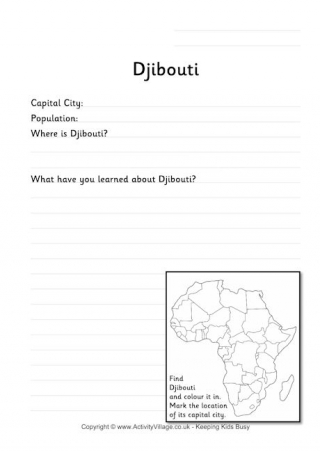 Djibouti is the subject of this worksheet, which starts by asking for a few facts providing space for them to write what they have learned about the country.