Inspired by an official portarit photograph, the second of our Donald Trump colouring pages is aimed at older children. 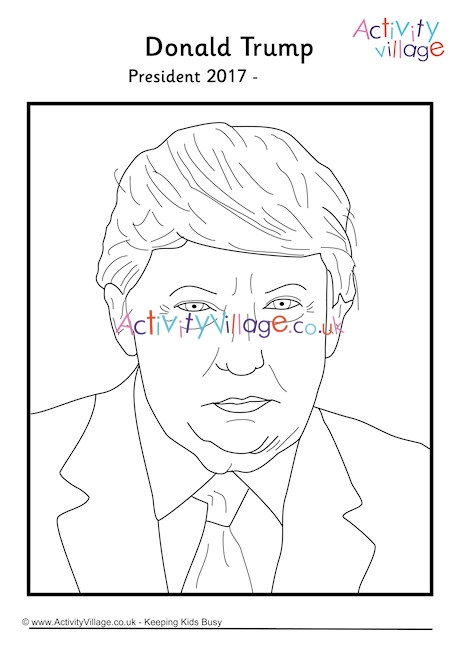 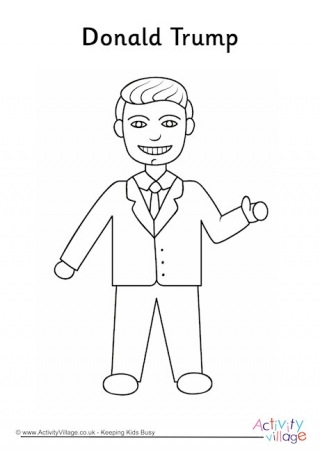 The first of our Donald Trump colouring pages features a cartoon image of the President for younger children. 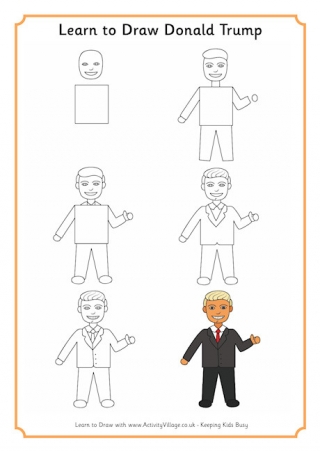 Learn to draw Donald Trump, 45th President of the United States with this printable tutorial. 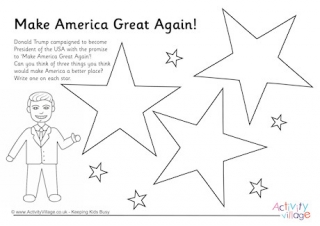 Donald Trump campaigned for the US Presidency with the motto 'Make America Great Again'. This worksheet challenges children to think about what might mean.